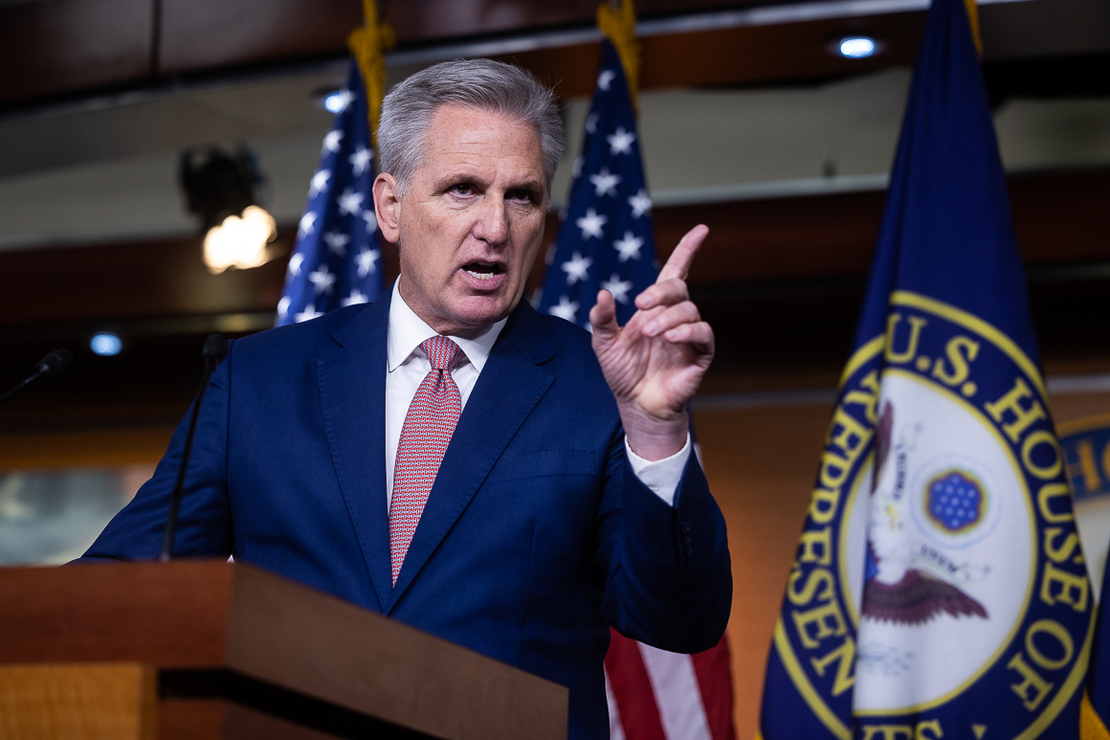 President Joe Biden’s climate agenda is at risk of getting squeezed between a chronic shortage of federal workers and threats by House Republicans to slash spending.

House Speaker Kevin McCarthy (R-Calif.), as part of a deal to win his gavel, has signed onto a plan by GOP hardliners to try and roll back discretionary spending to fiscal 2022 levels. That equates to a cut of about $130 billion from current spending levels and is line with new GOP calls to balance the federal budget.

Democrats are positioned to kill those proposals in the Senate. But conservatives still hope to use looming deadlines for government funding and the debt ceiling as leverage to extract whatever concessions they can.

Such brinkmanship threatens to disrupt federal agencies as they race to do two things at once. The first is to implement Biden’s new climate laws and their rapidly approaching deadlines. The second is to use money from those same laws to rebuild a federal workforce that was shorthanded even before the Trump administration drove out top career employees.

EPA, for example, has about 18 percent fewer employees than its peak in fiscal 1999, according to agency data and a spokesperson.

If Republicans do enforce 2022 spending levels, then “obviously the [climate] law will not be able to be carried out,” she added. “It’s just dollars and cents.”

The Biden administration sees one piece of good news: It would be difficult for Republicans to claw back money passed under the Inflation Reduction Act. The money is already out the door, from Congress’ perspective, so it’s not subject to annual appropriations.

But Republicans already have signaled they’re willing to try. The first bill brought to the House floor this year sought to unwind the Inflation Reduction Act’s roughly $80 billion boost to the IRS for tax enforcement.

“Our very first bill, we repealed 87,000 IRS agents,” McCarthy said last week on Fox News’ “Hannity.” That claim is misleading; the IRS plans to use only a fraction of that money for agents.

That bill was dead on arrival in the Senate. But it demonstrates the tactics Republicans intend to deploy against the Inflation Reduction Act, said Rachel Cleetus, policy director with the climate and energy program at the Union of Concerned Scientists.

Rather than vote directly on the law’s popular provisions, she said, Republicans are taking the more subtle approach of undermining federal workers.

“It is a very pernicious way to go after the implementation of something that’s already been passed,” Cleetus said.

Democrats are already planning how to defend against Republican efforts to defund the law — without tipping into a government shutdown or other disruption that would also slow implementation of climate programs.

Timing is part of the issue. To guard their signature legislation against a future Republican administration, congressional Democrats front-loaded the timetable for federal agencies to enact the Inflation Reduction Act’s climate programs. Although the law covers 10 years of spending, much of the $369 billion for climate is slated to be spent before the end of a second Biden term.

But that shorter time frame puts pressure on an already-stretched bureaucracy to work quickly. Federal workers are near their limit, advocates say, but hiring more people, especially for specialized positions, can take months.

That adds additional stakes to the next two years of congressional dealings. Democrats secured an early win by passing a government spending package that boosted funding for climate programs. But the next funding bill is likely to be a tougher fight.

“Through the Inflation Reduction Act and the recent funding bill, we have empowered EPA to address climate change seriously and rebuild its workforce in the process,” Sen. Tom Carper (D-Del.) said in a statement to POLITICO’s E&E News.

“Still, our work isn’t finished. I’m going to continue doing all that I can to ensure EPA has the resources and leadership needed to deliver for the American people,” said the chairman of the Senate Environment and Public Works Committee.

Democrats did include money for more staff and other administrative costs in the Inflation Reduction Act, as well as the bipartisan Infrastructure Investment and Jobs Act. But federal hiring has been uneven. In some departments, it’s barely started.

The Interior Department’s headcount has stayed essentially flat since 2021, according to an administration official, and the department is still deliberating on how many staff members it needs to hire to implement the Inflation Reduction Act.

The Energy Department is also in the process of staffing up to implement Biden’s climate law.

It’s already added about 900 people, though, with more than 350 of those jobs funded by the Bipartisan Infrastructure Law, according to DOE deputy press secretary Chad Smith.

“Previously, the Department was operating under tight external hiring restrictions that, coupled with a period of high attrition during the pandemic, resulted in a high vacancy rate throughout the Department,” he said in an email.

EPA’s staff has grown about 3 percent under the Biden administration, EPA spokesperson Melissa Sullivan said. As of this month, the agency has about 14,840 employees.

During the last fiscal year, the agency was authorized to have a maximum of about 15,770 full-time equivalent, or FTE, positions. About 7.5 percent of those came from the Bipartisan Infrastructure Law, while the rest came from appropriations.

Although that’s a bump, the long-term trajectory of EPA has been a multidecadal decline in staff.

EPA’s FTE ceiling was highest during the Clinton administration at 18,110, according to agency data. Under the Obama administration, the agency’s headcount climbed to about 17,360 FTE in fiscal 2011 before falling in his second term to the 15,000 range. The Trump administration oversaw a further drop to about 14,200.

Biden’s climate law was written to give departments flexibility on hiring. Whereas the Bipartisan Infrastructure Law prescribes how many FTE positions each program should fund, the Inflation Reduction Act simply set aside money for “administrative costs.”

But that might simply lead to more contractors rather than a robust federal workforce, said Judith Enck, a former EPA regional administrator.

Contractors are temporary and often quicker to hire, she said. And although they have some drawbacks, they’re much easier to justify to lawmakers scrutinizing an agency’s budget.

“Agencies are afraid of the appropriators,” she said, adding that officials try to follow congressional staffing directions to the letter. “If they’re hostile to the agency, they can find convenient ways to tie the agency in knots on staffing.”

“The American people think there’s an environmental cop on the beat,” she said, “and there isn’t.”