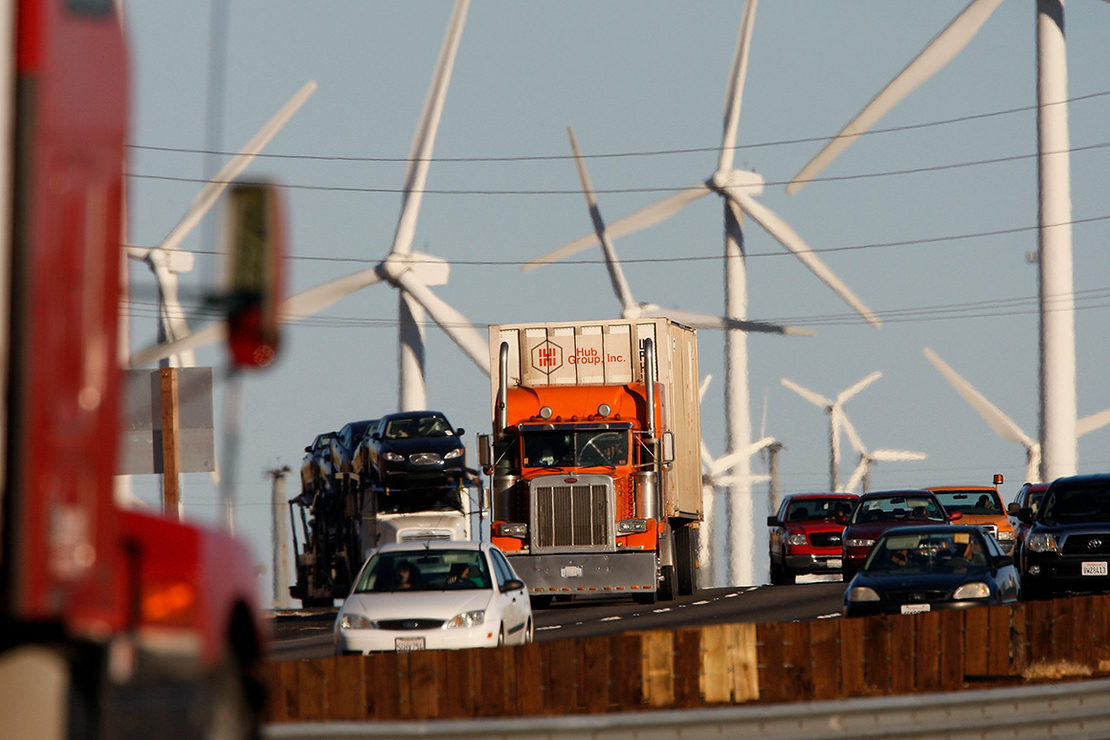 America went backward on climate in 2021.

U.S. emissions rose 7 percent through the end of October, according to Carbon Monitor, an academic group that tracks emissions. The finding was echoed by the U.S. Energy Information Administration, which is also projecting a 7 percent increase in energy-related emissions.

The increase puts the United States on a steep path to achieve President Biden’s climate goal of reducing emissions 50 percent from 2005 levels by 2030.

“Anytime emissions go up, the problem gets harder and the clock is ticking for 2030,” said John Larsen, an analyst who tracks emissions at the Rhodium Group, a consulting firm. “The U.S. has its work cut out for it.”

The carbon backslide comes after pandemic lockdowns in 2020 sent America’s greenhouse gas output plummeting by more than 10 percent. Coal, oil and gas consumption all increased in 2021 as the American economy began to recover.

If there is a silver lining, it is that U.S. emissions remain below 2019 levels.

But the math of reaching Biden’s target is daunting. When Rhodium mapped out a pathway to a 50 percent emission reduction, it estimated carbon output would have to fall 5 percent every year to achieve the 2030 target.

That amounts to cutting between 230 million to 240 million metric tons of carbon dioxide annually, or about how much carbon is released in Florida every year.

Devashree Saha, a senior associate at the World Resources Institute, said the increase underscores the need for Congress to pass the $555 billion in climate and clean energy spending called for in the "Build Back Better Act." Without it, the U.S. is only on course for emissions reductions of roughly 30 percent by 2030.

“It is a daunting challenge to get to a 50 percent emission reduction by 2030,” Saha said. “We need an all-hands-on-deck approach to solve this challenge.”

Passing "Build Back Better" would put the U.S. on track for a 43 percent reduction in emissions, she said. “Of the policies being talked about, the ‘Build Back Better’ provisions are our best bet in terms of enabling the U.S. to even get within striking range of the 2030 goals.”

Prospects for passing the spending package collapsed last month when Sen. Joe Manchin (D-W.Va.) said he would oppose it.

Short-term options for cutting carbon are limited. Technological solutions for greening the industrial sector (nearly a quarter of emissions) are expensive or unavailable.

Transportation, which accounts for almost a third of U.S. emissions, illustrates the challenges.

But EV adoption has not reached the point where it can offset rising emissions from increased vehicle miles traveled and sales of traditional passenger vehicles. The International Energy Agency reported last month that the U.S. was on track to buy 8.6 million new SUVs in 2021.

Cantor predicted EVs could begin to make a dent in U.S. transportation emissions around 2025, when they are estimated to achieve cost parity with cars using internal combustion engines.

“It’s going to take some time,” he said. “That is the moral of the story.”

That leaves much of the near-term carbon-cutting to the power sector, which has done the bulk of greening America’s economy in recent decades.

U.S. coal retirements also fell sharply last year. America was on track to retire less than 5 gigawatts of coal capacity in 2021, according to the most recent Energy Information Administration figures. That is the lowest rate since 2014.

Questions remain about the trajectory of emissions this year. EIA thinks natural gas prices will fall, though remain higher than what they were before the pandemic, causing coal generation to fall to 22 percent of U.S. power production. That’s 1 percent lower than in 2021.

Coal retirements are also expected to pick up again. Currently, some 12 gigawatts of coal capacity is slated to retire this year, according to EIA’s most recent tally.

Wringing more than 200 million tons in annual emission reductions from the power sector is achievable but difficult, said Larsen, the Rhodium analyst. Annual power-sector emissions reductions averaged 56 million tons between 2005 and 2019, according to EPA data.

“If your task is to get 200 million tons, then the very immediate task will almost certainly be all electric power, if you were to do it,” Larsen said, noting that the U.S. will need to ramp up its already robust renewable build-out.

But America needs to start cutting carbon fast if the country is to have any hope of meeting Biden’s target, he said.

“Eventually the future is the present. If we’re not making progress, we’re not going to get there,” Larsen said.