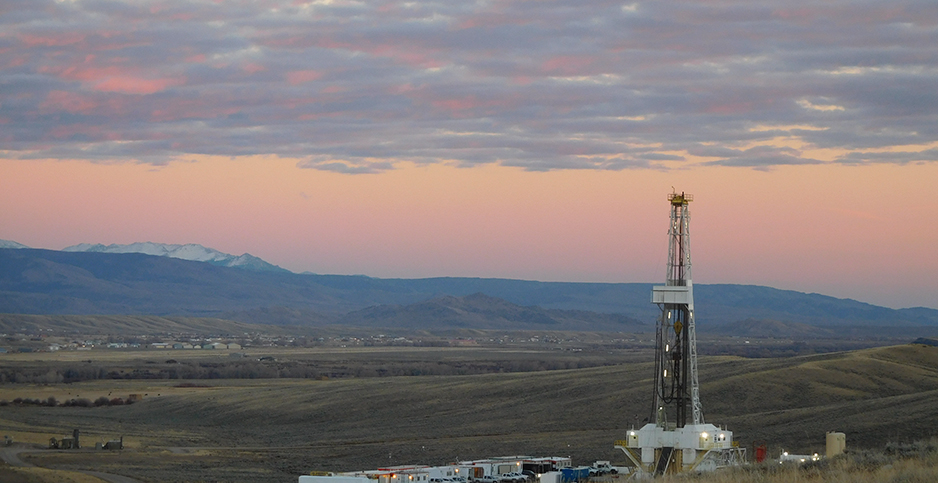 The Biden administration today said it will consider the contribution to greenhouse gas emissions made by oil and gas produced on public lands before selling federal drilling rights.

It also released a report calculating the annual emissions impact and climate trends from development of the coal, oil and natural gas on the federal mineral estate.

The report estimates that federally developed fossil fuels in fiscal 2020 were responsible for more than 900 metric megatons of carbon dioxide equivalent emissions.

The federal oil program has been politically divisive for the climate-focused White House. Last summer, a federal judge ordered the administration to restart national oil and gas lease auctions that President Biden had paused shortly after taking office to review their climate impacts (Energywire, Aug. 25).

In response, the administration announced plans to potentially hold several oil and gas sales, the first in the Gulf of Mexico, but also offshore from Alaska and across several states that hold federal oil and natural gas deposits, like Wyoming, Colorado and New Mexico.

Before it advances onshore sales, the administration will issue state-level draft environmental assessments that include an analysis of the national emissions impacts from producing, and combusting, oil and gas, Interior announced today.

The administration’s full climate assessment, the most rigorous consideration of climate ahead of federal lease sales to date, will be in addition to the wildlife, environmental and social impacts already considered.

“The BLM is committed to responsible development on public lands, including ensuring that our environmental reviews consider the climate impacts of energy development on lands and communities,” said Tracy Stone-Manning, the recently confirmed director of the Bureau of Land Management, the primary agency overseeing onshore oil and gas management.

The report released today links roughly 800 metric megatons of carbon dioxide equivalent emissions to fossil fuel resources developed from federal lands over the next 12 months. That estimate includes not just the direct emissions from the oil patch, such as gas leakage from infrastructure, but the downstream combustion of those fuels in power plants, home heating and transportation.

In her statement today, Stone-Manning alluded to the court mandate to hold lease sales that the Biden administration has both promised to obey and appealed. The administration has said it believes it has the authority to defer leasing.

She said: “We will continue to exercise the authority and discretion provided under law to conduct leasing in a manner that fulfills the Interior Department’s legal responsibilities.”

The new sale environmental assessments will be published by BLM state offices for Colorado, the Eastern states, Montana and the Dakotas, Nevada, New Mexico, Utah and Wyoming. The climate assessments will rely on the national report released today.

The public will have 30 days to review the proposed leases’ environmental reviews.

Several parcels that had been proposed for the upcoming onshore sales have been deferred due to issues like sage grouse priority habitat and lack of adequate environmental analysis of the areas, Interior said in a statement today.

Several environmental groups were supportive of the new climate assessments and exclusion of some lands.

Jennifer Rokala, executive director of the Center for Western Priorities, said in a statement that the administration is moving in the “right direction."

“It is irresponsible to lease off millions of acres of public land and water without fully accounting for how that oil and gas will impact the planet and our children,” she said.

The administration had promised to release an interim report on its federal oil and gas review — and spelling out some of its reform proposals — by summer but has delayed its release without explanation.

“The Bureau of Land Management took a good first step by deferring some of our public lands from oil and gas leasing. However, the agency must also reform the broken federal oil and gas leasing program before any more leasing takes place,” Phil Francis, chairman of the Coalition to Protect America’s National Parks, said in a statement.

Changes to the leasing program may come faster from Democrats on Capitol Hill than from the White House.

A House reconciliation proposal released yesterday suggests that several oil and gas program reforms remain in play, including a ban on leasing in the Arctic National Wildlife Refuge and the Atlantic and Pacific oceans, as well as higher royalty rates for onshore drilling (E&E Daily, Oct. 29).