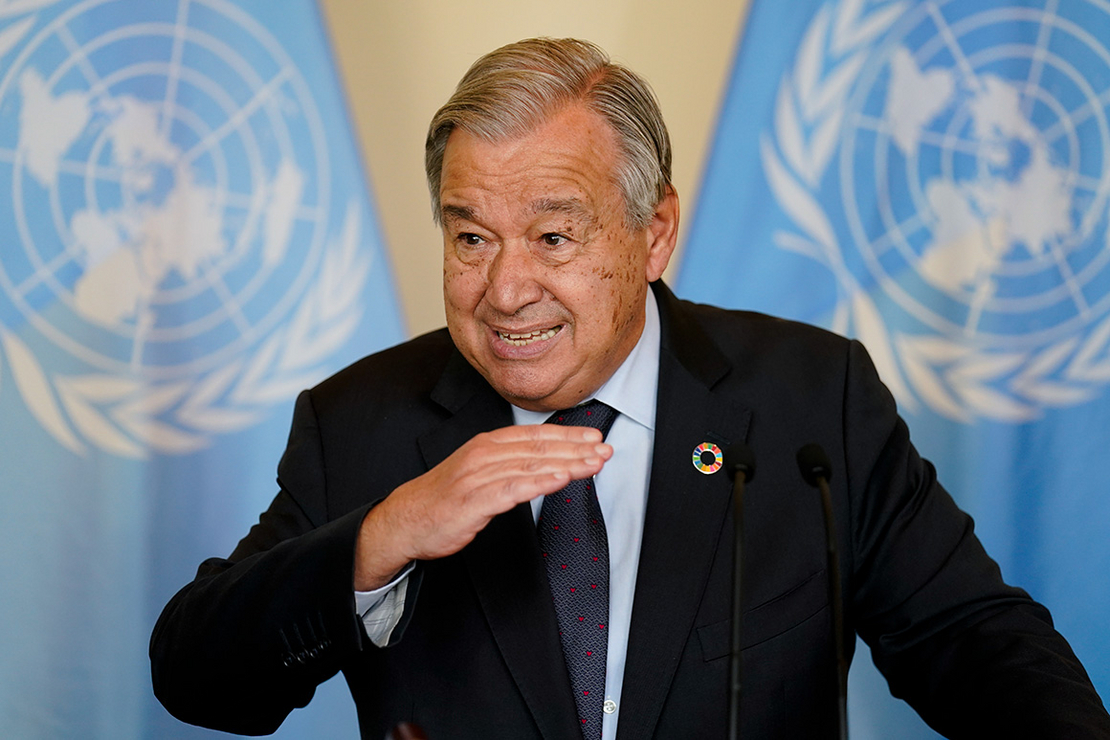 President Biden will announce stronger climate finance commitments for nations that are experiencing damage from higher temperatures during his speech today at the U.N. General Assembly, according to the White House.

His remarks will come more than a decade after the U.S. and other wealthy countries promised to give $100 billion a year to climate-vulnerable nations.

“The president will speak to the issue of developed nations’ financial obligations and commitments, including the $100-billion-a-year pledge, and he will speak to what the United States intends to do in that regard,” a senior administration official said on a call with reporters yesterday.

An OECD report published Friday found that financing from developed countries fell $20 billion short of meeting the $100 billion target in 2019. Oxfam released a similar report yesterday estimating that rich countries won’t get close to reaching $100 billion until 2025, resulting in a six-year shortfall of as much as $75 billion.

U.N. Secretary-General António Guterres acknowledged the importance of delivering on that lapsed promise yesterday following a climate roundtable on the sidelines of the U.N. assembly.

“Today I was happy to see many countries recognizing that it is essential to transform this commitment into a reality,” he said after the closed-door climate meeting. “We will see how it happens. It is a matter of trust that is absolutely essential to solve.”

Guterres has warned that upcoming climate talks in Glasgow, Scotland, are at risk of failing if rich nations don’t change course.

During yesterday’s press conference, he called for stronger commitments from all countries to reduce their greenhouse gas emissions, more funding for climate adaptation and the delivery of the $100 billion.

Increased support from international financial institutions and the private sector will also be crucial, said Guterres. But it would not cover many poor countries’ immediate needs, nor help those that can’t borrow money because of their debt burdens, he added.

“Again, developed countries need to step up,” he said.

More than 20 leaders from a mix of developed and developing countries attended the roundtable. China, the U.S. and India, the world’s largest climate polluters in that order, sent government representatives.

Li Shuo, a climate and energy policy officer at Greenpeace East Asia, said the absence of China’s President Xi Jinping was not good news, but it would be more important to see what he says at today’s high-level speech. It was during last year’s General Assembly speech that Xi pledged to achieve carbon neutrality by 2060. Observers will be watching to see if he uses today’s speech to explain how China will reach that goal.

“Too many major economies — some represented here today, some absent — are lagging too far behind,” he said. “And tinkering around the edges … simply won’t achieve the change the planet needs.”

The U.K. has committed $15.8 billion to climate finance over the next five years, twice its previous five-year commitment. It will spend more than $750 million to help developing countries phase out coal, move to clean energy and adapt to climate change, according to a statement from the prime minister’s office.

“But the United States is crucially important,” he said. If Biden were to commit more climate funds, “it will send a massively powerful signal” to developing countries “that we in the industrialized West really do take it seriously and we really are willing to step up and help them,” he added.

Last week, the European Union committed an additional €4 billion for climate finance up to 2027.

Ursula von der Leyen, president of the European Commission, signaled yesterday in a tweet that finance would be an area to watch.

“We need to step up climate finance to support the most vulnerable countries in the transition, with at least $100 billion. Team Europe is doing its part with more than $25 billion a year. More to come,” she wrote.

The Biden administration announced earlier this year that it would contribute $5.7 billion to climate finance by 2024, double the amount offered by the Obama administration. But that’s a quarter of what the E.U. currently provides, according to the World Resources Institute (WRI).

If the U.S. were to boost its finance pledge, it wouldn’t have to deliver the money right away, said Joe Thwaites, an expert on global climate finance at WRI.

The House Appropriations Committee increased funding for international climate programs to $3 billion in June, with $1.6 billion dedicated to the Green Climate Fund, which helps developing countries adapt to climate change. But the Obama administration only paid $1 billion of its initial $3 billion pledge to that fund before the Trump administration halted support for the program. The appropriations bills are now in the Senate (Greenwire, June 28).

The Biden administration could also try to leverage more money through the U.S. International Development Finance Corp., a government agency that doesn’t rely entirely on Congress for its appropriation.

“Part of the challenge with this commitment, the $100 billion, is they never really specified what each country should be doing, they didn’t agree on an effort-sharing formula,” Thwaites said. "So you do have this messy process where everyone is coming to the potluck with whatever they think they can do. But as we’ve seen from the OECD analysis, a potluck approach is not going to cut it.”

At the end of the week, Biden will host a meeting with the leaders of India, Japan and Australia, a group known as the Quad. Climate is at the top of the agenda, along with COVID-19, technology and economic investment, the senior White House official said. Biden will also hold bilateral meetings with each of those leaders as well as Prime Minister Johnson.