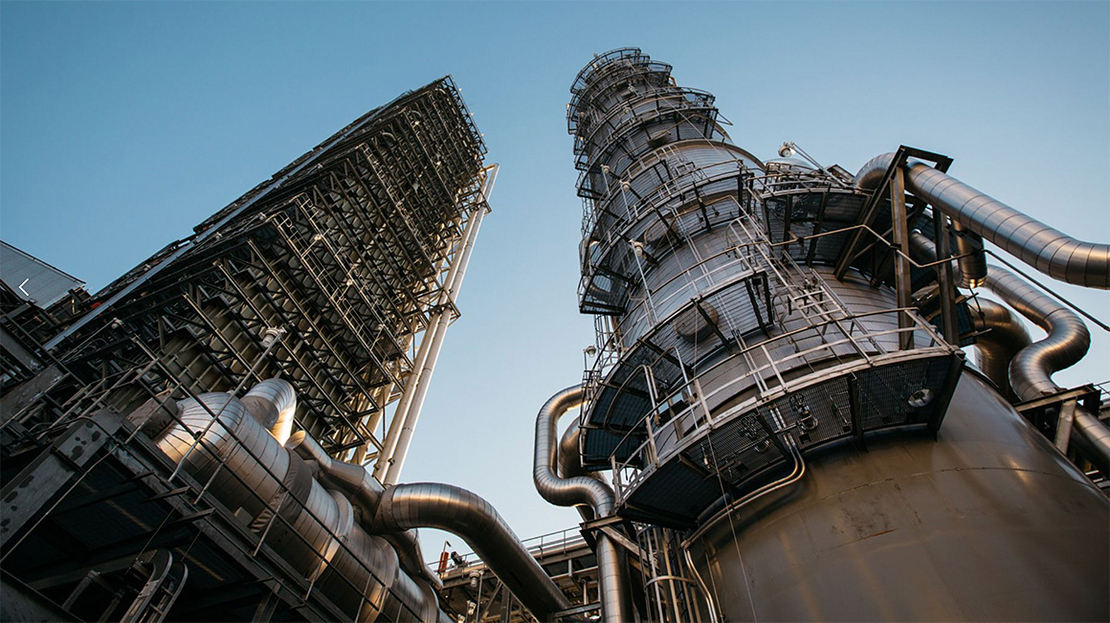 The future for carbon capture and storage has perhaps never been brighter.

Congress has appropriated billions of dollars of funding to the CCS technology through last year’s bipartisan infrastructure law. And the Supreme Court’s recent ruling in the West Virginia v. EPA case left the door open for EPA to require carbon capture as a way to reduce CO2 emissions from fossil-fuel-fired power plants.

But there’s a cloud hanging over the potential CCS-building boom: Petra Nova.

The $1 billion project was once the world’s largest post-combustion carbon capture system. Backed by the Department of Energy, it began operating in December 2016 — and shut down less than four years later. Petra Nova’s operator, NRG Energy Inc., cited the challenging economic conditions at the time, prompted by the pandemic-induced economic slowdown.

The world economy has bounced back since then, but Petra Nova remains shuttered. Meanwhile, the conventional coal and natural gas units of NRG’s W.A. Parish Electric Generating Station — home to the shuttered Petra Nova installation — continue to dump planet-warming carbon emissions into the atmosphere. There are now just 27 operational CCS projects around the world, according to data from the Global CCS Institute, an environmental think tank.

But NRG has no immediate plans to return Petra Nova into service.

“Options are being explored for improving the economics to allow for restart of the facility,” spokesperson Ann Duhon said in an email. “Although oil prices have rebounded from where they were when the facility was mothballed, there is a long lead time to restart the carbon capture facility and it is not economic to operate for short periods based solely on fluctuations in oil prices.”

The story of Petra Nova provides insight into the economics and politics of CCS — as well as its limits.

The facility’s rise and fall has led to “this very strange situation where the only real example that we can give of an American demonstration project for CCS is this coal plant,” said Emily Grubert, who was until last month a deputy assistant secretary in DOE’s Office of Carbon Management. “But when we think about where the technology might actually have a role to play, that’s not that sector.”

Impressive start, and a quick end

Petra Nova was a pioneering installation made possible by a DOE grant worth $195 million and NRG’s joint venture with JX Nippon Oil & Gas Exploration. At an energy conference in 2010, Obama-era Energy Secretary Steven Chu announced the agency would support the project using some of the money it received from the 2009 financial crisis stimulus bill (Greenwire, March 9, 2010).

The project captured carbon from a portion of the emissions produced by a 610-megawatt coal unit of the W.A. Parish power plant southwest of Houston. The CO2 was then shipped 81 miles away to Hilcorp Energy Co.’s West Ranch oil field, where it was pumped underground to help produce more crude.

“The reviled CO2 is being captured and put to use doing what Texans know best how to do, and that is to produce even more energy from our oil fields,” Texas Gov. Greg Abbott (R) said during the project’s opening ceremony (Energywire, April 14, 2017).

He was flanked by his predecessor, then-Energy Secretary Rick Perry, and helped turn the wheels on a big mock pipeline, according to a report from Houston Public Media.

Then in May 2020, NRG quietly shutdown Petra Nova project. The company later suggested the decision to place the system in reserve status was prompted by the pandemic-induced drop in the oil price, which had briefly gone negative for the first time in history (E&E News PM, July 28, 2020).

Two years later, the legacy of the mothballed project is still up for debate.

CCS backers like to point to the system’s impressive technical achievements. During Petra Nova’s first few years of operation, it captured 92.4 percent of the CO2 from the emissions it processed, according to a 2020 Energy Department technical report on the system.

Overall, it captured more than 3.5 million metric tons of CO2, the DOE report found. That’s roughly equivalent to the annual emissions of nine natural gas power plants, according to EPA data. But the climate benefit of those captured emissions were limited by their eventual use to enhance the production of oil, another planet-warming fuel.

“Petra Nova continues to be the project that people look to as an example,” said David Greeson, a former vice president at NRG who is now a carbon capture project consultant.

“This technology can be built on time and on budget, which kind of distinguishes it from other technologies around fossil fuels that are trying to reduce [the] carbon footprint of those fuels,” he said.

“While the project later ceased operations due to challenging market conditions, Congress has subsequently made available additional policy support for future carbon management demonstration projects that has been critical to the successful development, deployment, and commercialization of other low and zero-carbon technologies, like wind and solar,” the DOE spokesperson said in an emailed statement.

Yet the 2020 DOE report found that the Petra Nova project was plagued by long stretches of downtime, which limited its overall effectiveness. During the three-year period covered by the report, Petra Nova was offline for 367 days — or more than one-third of the time. As a result, the project initially failed to meet its cumulative carbon capture target goals.

Then earlier this year, with oil prices back up above $100 per barrel, a hydrogen fire broke out at W.A. Parish, the coal and gas-fired power plant that includes Petra Nova. Nearly two dozen emergency crews responded to the blaze, according to a release from Fort Bend County Judge KP George.

Boundary Dam, the world’s first power plant to be retrofitted with CCS, has also weathered its own share of setbacks. Technical issues caused the carbon capture facility in southeastern Saskatchewan to go offline for two months last year (Energywire, Jan. 10).

SaskPower, the Canadian utility company operating the carbon capture facility at Boundary Dam, said last month that it has captured more than 4.5 million metric tons of CO2 since operations began in October 2014. The facility was online nearly 92 percent of the time in May, SaskPower’s update said.

Some experts now doubt that NRG will ever bring Petra Nova back online, largely because of the complex economics associated with the project.

“Is it going to start up again? Probably not,” said Grubert, the former DOE official who is now a professor of sustainable energy policy at the University of Notre Dame. “Anytime when you have a pollution control thing basically tied to a completely other industry, it’s going to be a fairly challenging thing to actually manage once you have to think about the longer term needs of such a unit.”

Ed Hirs, an energy fellow at the University of Houston, acknowledged Petra Nova’s role as a key demonstration project for CCS technology. But he added, “in terms of its place in history … it doesn’t have very much of one.”

Federal policymakers have taken a series of steps in recent years that could encourage more widespread use of CCS on fossil-fuel-fired power plant units and industrial facilities.

After Petra Nova was already in operation, Trump in February 2018 signed into law the Bipartisan Budget Act, which boosted the value of a federal tax credit called 45Q. The credit provides a monetary value per metric ton of CO2 that’s stored either in saline formations or through enhanced oil recovery.

Lawmakers then extended the CCS tax credit a further two years at the end of the Trump administration (E&E Daily, Dec. 22, 2020).

Direct air capture technologies remove CO2 from the atmosphere, effectively lowering global carbon concentrations. Carbon capture, on the other hand, only reduces the amount of CO2 dumped into the atmosphere by industrial sources like power plants and cement factories.

Last week, the DOE spokesperson said CCS and carbon removal are both “crucial and necessary” to meet the country’s climate ambitions.

“DOE will continue to focus on developing carbon management technologies that can be applied to both power generation and industrial sources of CO2, as well as to capturing and removing CO2 directly from ambient air,” the DOE spokesperson said.

CCS could also receive a boost from a Supreme Court decision curtailing EPA’s ability to curb carbon emissions from power plants. The ruling, in the West Virginia v. EPA case, suggested to some experts that the agency could still address emissions from the sector by requiring the use of carbon capture technology (Energywire, July 5).

The fossil fuel industry and utility companies have strongly supported tax incentives promoting CCS. Proponents of the technology continue to push for sweeteners to 45Q, including an extension of the deadline for developers to begin project construction and an increase in the value of the credit.

NRG has been pushing members of Congress to provide additional incentives for novel carbon storage projects like Petra Nova, lobbying disclosures show. In the first three months of this year, lobbyists for NRG contacted lawmakers about “CCS and Enhanced Oil Recovery,” modifications to a “tax credit for carbon capture, utilization and storage” and “funding levels for energy-related [research, development and deployment] programs.”

But industry’s enthusiasm does not extend to mandates.

“I think there is a long way to go between what the Supreme Court ruled in West Virginia vs. EPA and the possibility that EPA might require CCS,” said Scott Segal, a partner at the law firm Bracewell LLP who lobbies for several utilities with coal-dominated fleets. “Even with substantial technological and economic improvement, it still may not meet the test” for pollution controls allowed under the Clean Air Act.

Earlier this year, Bracewell launched the Capture Action Project, a group promoting carbon capture as “an urgent necessity” to reduce emissions (Climatewire, May 31).

Yet Segal, who opposed Obama-era efforts to effectively require CCS on coal plants, said he continues “to not be a fan of mandates with this technology. I think the better approach is just to put market incentives in place like the tax code, like satisfying demand for products that benefit from CCS.”

But Grubert, the former DOE official, argued that the carbon capture — whether pushed via carrot or stick — should be largely irrelevant for the utility industry, where emission-free renewables have in many cases become the lowest cost source of power.

“When we think about what is the role of responsibly applied CCS — for the United States, at least, that probably looks like cement and it probably looks like a couple of other industrial types of facilities where there really isn’t another alternative for decarbonization,” she said.

Petra Nova, she said, reinforces the idea that CCS is primarily for fossil-fuel-powered plants.

“When we think about climate intervention, that’s actually kind of a bad outcome because the real space for it is where there’s not an alternative,” she said.

Correction: An earlier version of this story misstated the size of the coal unit to which the Petra Nova installation is attached.