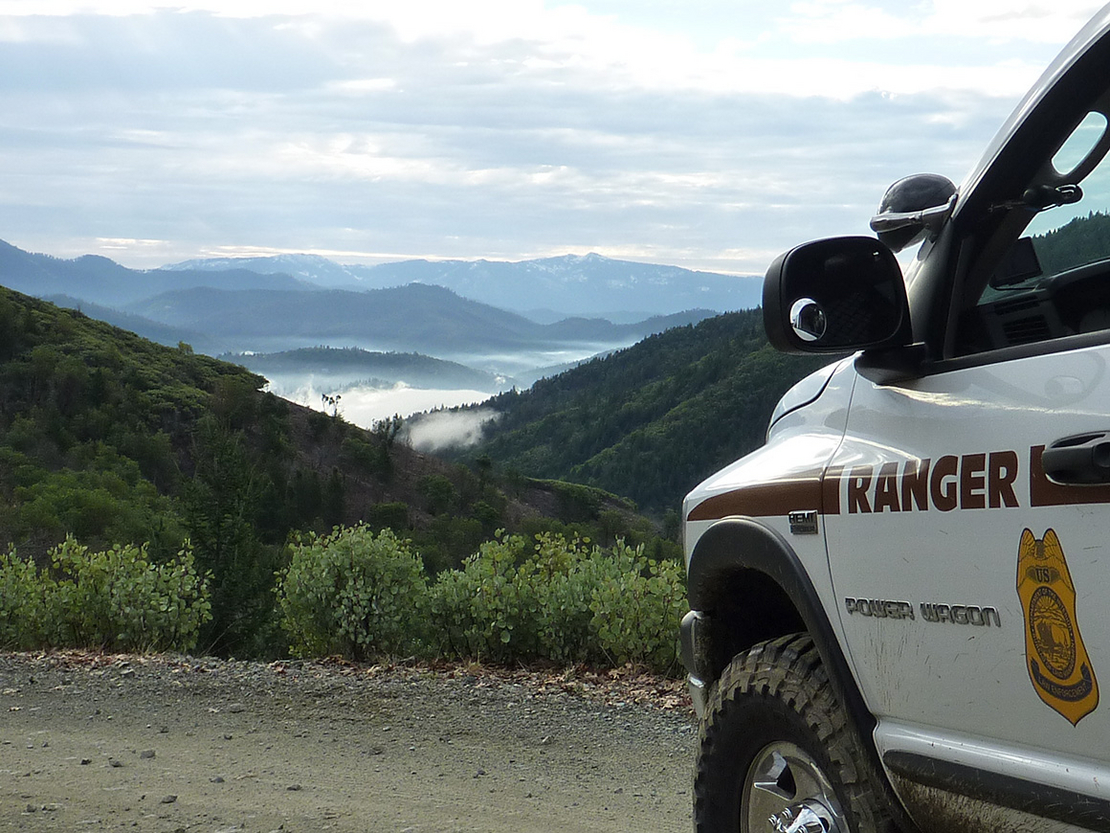 The Bureau of Land Management’s top law enforcement official says he was removed from his job and put on administrative leave after he reported to senior Interior Department brass that a BLM administrator had improperly interfered with internal investigations.

Specifically, Kriley reported that Nedd attempted to interfere with an unspecified number of internal affairs investigations by directing him to “handle certain employee investigations differently than others,” Atkinson said in an email today to E&E News.

Kriley — who as OLES director oversaw the Office of Professional Responsibility, which is BLM’s internal affairs unit — refused to comply with Nedd’s orders. “Kriley reported that Nedd’s instructions, if he had followed them, would have greatly impeded his office’s ability to conduct impartial investigations” involving BLM law enforcement personnel, the email said.

Last Wednesday, the attorney said, Nedd informed Kriley that he was being removed as OLES director, and that he also was being transferred to another law enforcement position at a different Interior agency.

Kriley was then led out of BLM’s offices in Grand Junction, Colo., by security personnel and forced to surrender his badge and gun, Atkinson told E&E News.

Atkinson said Kriley is prepared to take legal action if he is not restored promptly to his position as OLES director, where he oversaw 270 rangers and special agents responsible for enforcing federal laws and protecting natural resources on the 245 million acres that BLM manages.

An Interior Department spokesperson declined to comment on the whistleblower accusations, the circumstances surrounding Kriley’s administrative leave, or his current job status with the bureau. E&E News could not confirm what Interior agency Kriley is proposed to be transferred to or the job title.

Nedd announced to the bureau’s executive leadership team late Wednesday, just hours after placing Kriley on leave, that he had been replaced by an acting director, according to an email obtained by E&E News.

“I wanted to let you know that Eric Kriley is on leave effective today,” Nedd wrote, “and Shannon Tokos, Deputy Director, is the Acting Director.”

Nedd’s email did not address why Kriley was placed on administrative leave.

Kriley said in an email sent to E&E News through his attorney’s office that his removal and proposed transfer were not voluntary, and that he was being retaliated against for reporting the potential ethics violations against Nedd.

Kriley’s resume includes more than two decades of national law enforcement experience, including stints overseas in Afghanistan and as a member of a joint terrorism task force in New Orleans.

The move to transfer Kriley is the second major senior staff reshuffling at BLM in the last two months.

More senior staff changes are expected now that Tracy Stone-Manning has been confirmed by the Senate as BLM director, sources said.

Kriley, like Padgett, is a member of the Senior Executive Service corps. Senior executives are required when they enter the SES to sign a form acknowledging that they are subject to involuntary reassignments to any senior position for which they are qualified, according to the Office of Personnel Management.

By statute, reassignments must comply with proper notification requirements of at least 15 days for a transfer to another SES job within the same agency and the same commuting area, and 60 days for a transfer outside the geographic commuting area. They can either accept the reassignment or quit, but can appeal if they believe the move was due to discrimination or a prohibited personnel practice.

Such involuntary reassignments typically occur within the first year of a new administration as new appointees build their senior staffs.

For example, BLM removed three state directors during the first year of the Trump presidency, reassigning Alaska Director Bud Cribley and New Mexico Director Amy Lueders to senior positions at the Fish and Wildlife Service, and Colorado Director Ruth Welch to a senior position at the Bureau of Reclamation (Greenwire, June 27, 2017).

Also during the Trump administration, Kriley’s predecessor, William Woody, in June 2019 was escorted out of Interior’s Washington, D.C., office, required to surrender his firearm and badge, and placed on administrative leave (Greenwire, June 17, 2019).

Interior at the time pointed to an inspector general’s report the year before that found Woody had used a government issued vehicle “for home-to-work commuting” without obtaining a so-called vehicle domicile form authorizing him to use the 2017 Ford Taurus. Many observers said this was a simple administrative oversight on Woody’s part, and not worthy of termination.

Woody eventually filed an age discrimination and disability complaint against Interior that demanded he be reinstated to the director’s position he had held off and on since 2003. But by January, it appeared Woody had dropped his effort to be reinstated (Greenwire, Jan. 24, 2020).

Atkinson was Woody’s attorney in that matter.

If Kriley’s removal from OLES is permanent, it was a brief tenure for an experienced law enforcement official Interior hired in October 2020, almost exactly one year ago (Greenwire, Oct. 22, 2020).

He joined BLM with more than 20 years of law enforcement experience at the Diplomatic Security Service, which is the law enforcement and security arm of the State Department. It employs about 2,500 “special agents, security engineering officers, security technical specialists, and diplomatic couriers” stationed in the United States and at more than 270 locations worldwide, according to the State Department.

Press materials provided by BLM at the time that Kriley was hired noted that he had experience in “training, counterintelligence, and sensitive investigations.”

Kriley served in “embassies, consulates, and offices in Afghanistan, Poland, Kenya, and Egypt,” specializing in “criminal and administrative investigations, as well as protective operations, intelligence analysis, and physical and information security,” BLM said at the time.

He also served on a joint terrorism task force in New Orleans, “where he led his office through the aftermath of Hurricane Katrina,” BLM said. He has also worked as a liaison within the U.S. Special Operations Command in Tampa, Fla., according to press materials.

William Perry Pendley, BLM’s former deputy director of policy and programs, who led the bureau during the final 18 months of the Trump administration, lauded Kriley’s credentials when he was hired, saying in a statement that the agency was “excited and fortunate to have Mr. Kriley join the BLM. He will undoubtedly make a positive impact as he leads our law enforcement and investigative efforts.”