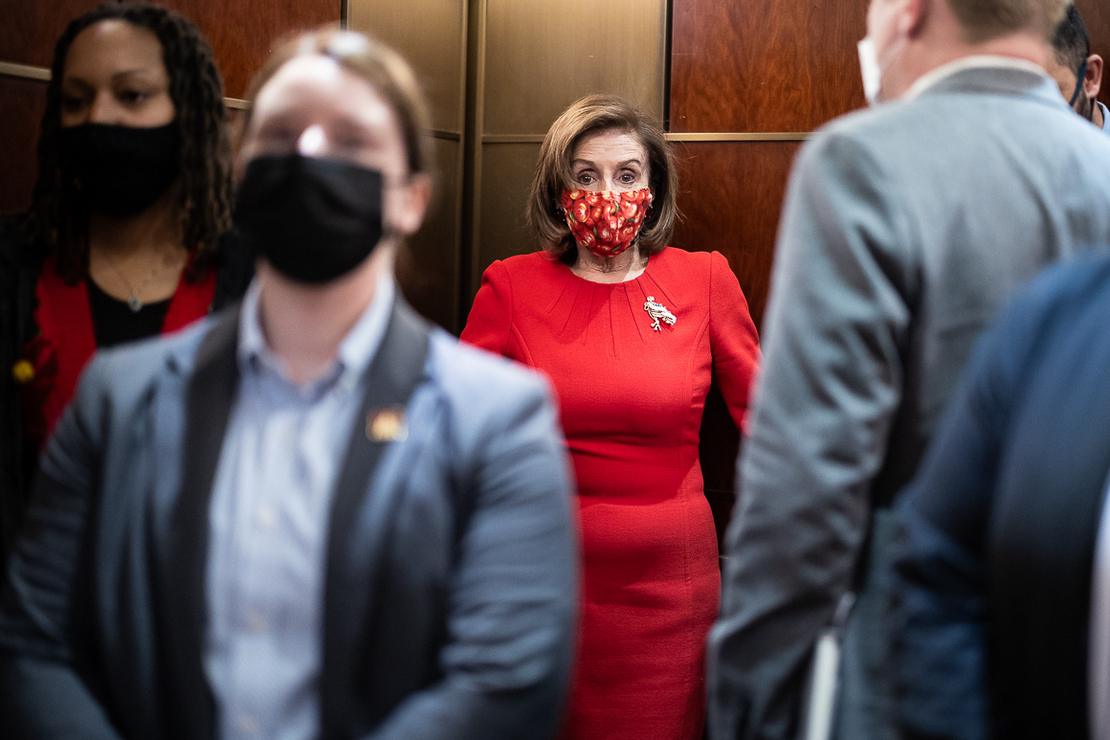 Democrats’ $1.7 trillion climate and social spending bill is on ice as the Senate pivots to focus on voting rights and as talks between Sen. Joe Manchin and the White House appear to have stalled out.

The House returns this week for its first action of 2022, and Democrats, for the most part, are still holding out hope that they can work through Manchin’s objections and pass some form of the "Build Back Better Act."

"I have spoken to the senator over time," House Speaker Nancy Pelosi (D-Calif.) said of Manchin (D-W.Va.) on CBS’s "Face the Nation" yesterday. "I do think there’s an agreement to be reached."

But for now, the reconciliation package looks to be on the back burner, leaving President Biden’s greenhouse gas emissions targets hanging in the balance.

The administration has pledged to slash emissions 50 to 52 percent under 2005 levels by 2030. Most experts say that would be a herculean task without the massive clean energy and electric vehicle tax incentives contained in the "Build Back Better Act." That’s not to mention a suite of reforms to oil and gas leasing on public lands and money for environmental justice priorities.

Manchin said publicly last week that he has not been negotiating with the White House since he came out against the package late last month (Greenwire, Jan. 4).

On Saturday, The Washington Post tossed more bad news Democrats’ way, reporting that Manchin had effectively withdrawn the $1.8 trillion counteroffer he floated to Biden before talks broke down in December.

The West Virginia Democrat had suggested a proposal that would keep much of the bill’s $550 billion in climate spending but nix the expanded child tax credit and other social programs, leading to a public spat between Manchin and the White House.

It adds up to a bleak picture for "Build Back Better," particularly with a looming Feb. 18 deadline for annual federal spending that could suck up additional congressional time in the coming weeks (E&E Daily, Jan. 3).

Still, Democrats have little appetite for splitting up the package in to multiple bills that could be more palatable for Manchin and other centrists, even though Manchin himself said last week that the climate portion "is one that we probably can come to agreement much easier than anything else."

Despite the gloom surrounding the bill, Democrats continue to plead for its passage. On Saturday, House Majority Whip Jim Clyburn (D-S.C.), in an appearance on CNN, called "Build Back Better" "the third leg on this three-legged stool that is needed in order to bring balance back into people’s lives." He cited last year’s stimulus package and bipartisan infrastructure bill as the first two legs.

Schumer is also still pushing to take up the reconciliation bill once the Senate finishes up with voting rights, but it seems unlikely that either of them will be passed ahead of Biden’s State of the Union address March 1 (E&E News PM, Jan. 7).

"God bless Joe Manchin," Sen. Ron Johnson (R-Wis.) said on Fox News’ "Sunday Morning Futures," shortly after announcing his plans to run for reelection this year. "I can’t tell you how many of my supporters tell me to tell Joe Manchin they’re praying for him, as they witness how the Democrats are abusing him."

While the fate of "Build Back Better" is in the Senate’s hands, Pelosi and other House leaders indicated last week that they’re still holding out hope.

"I urge the Senate to act on this legislation expeditiously as the House stands ready to take action, should the Senate amend it," House Majority Leader Steny Hoyer (D-Md.) said in a letter to colleagues Friday.