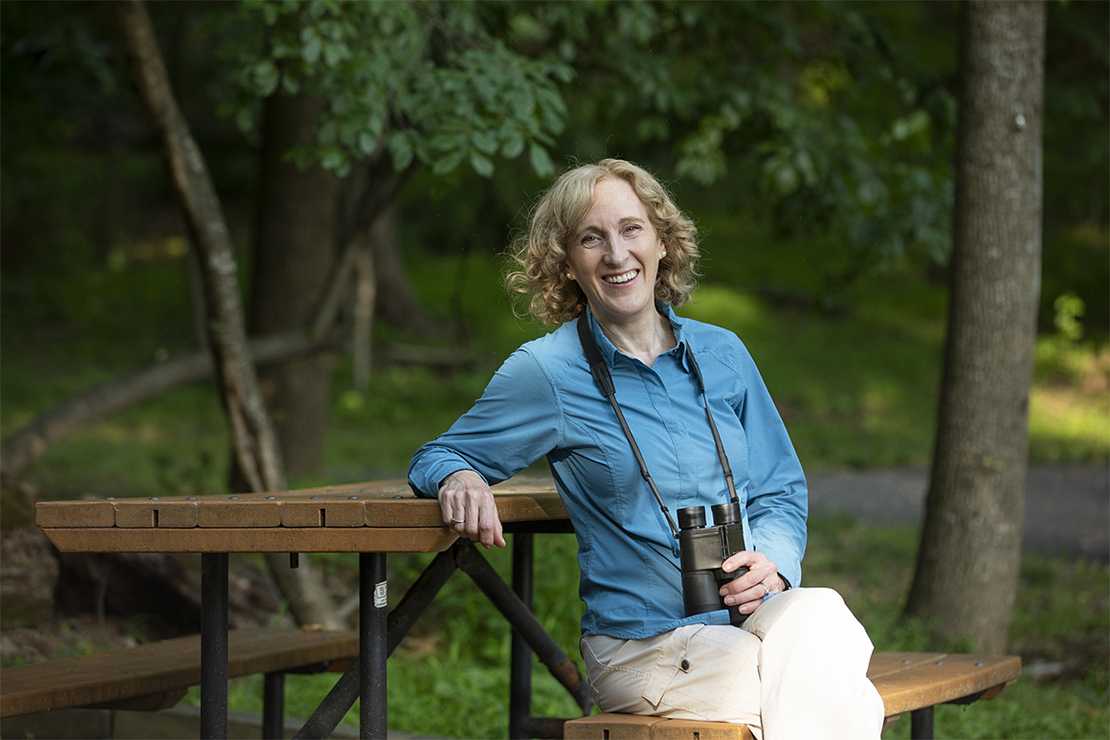 Fixing a broken workplace culture at the National Audubon Society is Elizabeth Gray’s top priority as its new CEO.

Gray, who was promoted from "acting" to "permanent" CEO last week, is eager to rebuild after a year of unrest in one of America’s oldest and largest conservation groups that included botched diversity trainings, two rounds of layoffs and and a successful union campaign.

"I’ve spent a significant amount of time listening to staff about what they need to carry this organization forward," she said. "We’ve been doing a lot in the last six months, frankly, to change."

Gray was hired by Audubon last March to be its president and chief conservation officer. She was quickly thrust into "acting" CEO when her predecessor, David Yarnold, resigned facing major backlash from staff and an external audit that found a "culture of retaliation, fear and antagonism" toward women and people of color (Greenwire, May 6).

After a large search that included more than 100 candidates, Audubon stuck with Gray, board member Susan Bell said, in part because of her work in the past six months. Gray is also Audubon’s first female CEO.

"She has the full package. Elizabeth is a trailblazer in many ways," Bell said, adding that Gray has a "combination of being a dedicated scientist and an ornithologist — having done fieldwork — with a background that cares about people and management."

Those skills will be challenged right away. Gray and her team won reluctant praise from staff for staying neutral during the successful "Audubon for All" union organizing campaign at the national office earlier this year (E&E News PM, Sept. 23).

Some are criticizing new guidance from management that allows managers to engage with employees about the union drive.

"Managers are being told to talk to eligible employees about what unions are," said Corey Lycopolus, an educator at the Nina Mason Pulliam Rio Salado Audubon Center in Phoenix, Ariz.

There is a built-in "power imbalance" in those discussions, Lycopolus said.

"This is really disappointing," he said. "In Dr. Gray’s first 24 hours of being a CEO, [she is] going against her promise of saying her word counts."

Audubon strongly pushed back on that claim. They say the only change is that managers have been trained to offer only factual information on union membership — and they have been instructed to carefully toe the line to avoid influencing the election.

"Our neutrality statement stands," Audubon’s executive team said in a message to staff last week. "In the prior election process we received many questions from staff that we did not answer which we heard was disappointing because staff wanted more information from their managers to make a fully formed decision. For that reason, we will better serve staff by providing factual information that will help voters make an informed decision. We are not trying to influence the vote one way or the other."

The dispute highlights the tensions Gray faces immediately, said Andrés Jimenez, the executive director of Green 2.0, a nonprofit dedicated to diversity and equity in the environmental movement.

"They need to continue to really trust, believe and work with their staff on these issues. They need to be accountable and transparent," he said. "There are many different things they can be doing and should be doing."

In a wide-ranging interview, Gray said she is up to the task.

She has recently unveiled a new strategic plan for Audubon that includes new steps to address workplace issues — including diversity, equity and inclusion.

And at the same time, she is planning an aggressive effort to push birds into the broader climate change debate. She emphasized that birds illustrate the impacts of climate change, noting that two-thirds of all bird species are at risk if global temperatures climb above 1.5 degrees Celsius since the Industrial Revolution.

Despite that, she said, birds don’t feature into the global, national and local discussion about climate change.

"One of the things that is really important, I believe, to our Audubon moving forward is the fact that we have these two crisis, biodiversity and climate," she said. "We have to insert their voice into these dialogues."

‘What needs to be done in the environmental movement’

Gray, 56, grew up in the Washington area fascinated by nature. She became deeply interested in birds after taking a course from famed evolutionary biologist E.O. Wilson at Harvard University.

It focused on how homing pigeons navigate to their destination and back again. At the time, no one knew.

"That hooked me on the histories of birds," she said, "how they behave, how they migrate, how they navigate."

She shifted her major to biology and science. Fieldwork quickly drove home how climate change is affecting birds.

Gray researched red- and yellow-headed blackbirds that migrate to and from marshes in eastern Washington state. When she returned for her second field season, the reds returned; the yellows didn’t.

"I thought something is wrong environmentally," she recalled. "It was a wake-up call to go into conservation."

After Harvard and a doctorate in ecology at the University of Washington, Gray worked for the U.S. Geological Survey. She was dispatched to the Big Island of Hawaii and studied endangered Hawaiian honeycreepers, several species of small, colorful, nectar-eating birds with hook-like beaks.

Because the islands were warming, mosquitoes were gradually seeking cooler temps at higher elevations — pushing out the honeycreepers.

Gray describes herself as "mission driven," and from USGS headed to the Nature Conservancy, where she spent 21 years.

But her passion for birds drove her to Audubon last March.

"Birds tell us what needs to be done in the environmental movement," Gray said.

When she joined Audubon, Gray was immediately thrust into the most challenging moment in Audubon’s more than 100-year history.

A POLITICO report revealed widespread gender and diversity issues, including unrest surrounding botched trainings and the firing of officers. The COVID-19 pandemic further strained its budgets, leading to two rounds of layoffs, including one on Earth Day.

Audubon continues to retain Littler Mendelson, but a spokesperson said they are consulting only on how managers and the organizers should stay neutral during organizing.

Gray pointed to many steps Audubon has taken to invest in its staff and create a better culture.

They have created a field safety manual that includes physical safety but will soon also address psychological safety.

Audubon has also convened an internal task force to address diversity, including support for nonbinary and transgender staff. And they have redesigned affinity groups for staff of color.

"We have been doing a lot of things to build a culture of workplace excellence," Gray said. "It’s really important to me that we put people first in this organization.”

The group’s new strategic plan will weave those themes through everything Audubon does, Gray said, including through all of Audubon’s 450 state and local chapters.

"It’s building that culture," she said, "where we recognize that people are our greatest asset."