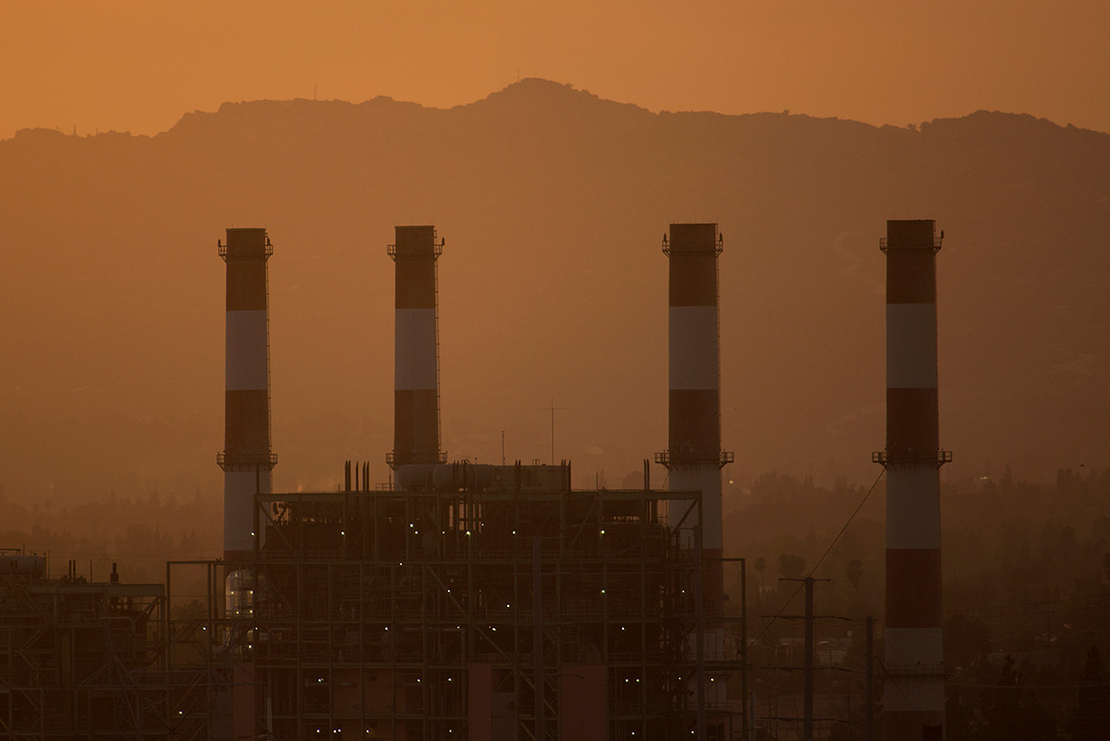 Last month’s Supreme Court decision left EPA with a conundrum: how to meaningfully cut carbon dioxide emissions from the nation’s fleet of natural gas power plants without risking another reversal in court.

Limited technological options and a mountain of legal uncertainty make taming CO2 emissions from existing gas plants a difficult task. But it is one the Biden administration will have to grapple with to have any chance of delivering on its promise to cut power-sector emissions 80 percent by the end of this decade.

The potential focus on gas represents a shift from the Obama era, when EPA largely focused its efforts on curtailing emissions from coal. But CO2 pollution from gas plants has exploded in recent decades, as the fuel replaced coal as the country’s leading form of electricity generation.

Where gas was responsible for 13 percent of U.S. power sector emissions in 2005, it accounted for more than 40 percent in 2020, according to the most recent EPA data.

Gas presents a number of challenges to EPA where coal does not. For one thing, today’s fleet of combined cycle gas plants emit few of the traditional air pollutants that coal plants do. So while more stringent standards on pollutants like particulate matter or sulfur dioxide would likely result in additional CO2 reductions at coal plants, it would leave gas emissions untouched.

There is also the relative youth of America’s gas fleet. The average combined cycle gas plant is 22 years old, while the average coal plant is 46 years old, according to Energy Department data. That means many gas plants will continue to run for years even as a growing number of coal facilities are shut down due to their age.

Legal uncertainties only add to the difficulty of EPA’s task. In deciding how to regulate existing gas plants, EPA must also weigh the risk of another rebuke by the court that could result in years of lost work (Climatewire, July 13).

The high court’s June 30 ruling in West Virginia v. EPA notionally leaves the agency plenty of room to run as it readies proposals to curb carbon at new and existing power stations. The only option the court’s conservative flank explicitly took off the table was using the Clean Air Act to force generation shifting away from fossil fuels — the pathway taken by the now-defunct Climate Power Plan.

But the court also used its ruling to issue a warning to EPA and other agencies that they can expect less deference in the future when they try to color outside the lines explicitly drawn by Congress.

“What we’ve seen from this Supreme Court in particular is that we’re kind of in a new world in terms of an agency’s discretion and how an agency can balance even statutory factors that it’s been given and arrive at what it thinks is a rule within the bounds of its authority,” said Elizabeth Boucher Dawson, an attorney at Crowell & Moring LLC.

EPA is currently writing rules for new and existing coal and gas plants for release in the first quarter of next year. Joe Goffman, acting EPA air chief, told E&E News last week via email that the agency would “screen” any proposal through the court’s decision.

‘No easy pathway to net zero’

With generation shifting now sidelined by the court’s decision, a strong rule for existing combined cycle natural gas units must rely on retrofits for carbon capture, utilization and storage or on hydrogen blending — or both.

But to get there, EPA would have to show that it is basing its rule on technology that meets the Clean Air Act’s criteria of “adequately demonstrated considering cost.”

Dawson, who previously served at the Department of Justice’s environment and natural resources division, called “adequately demonstrated” a “threshold question before you even look at the other statutory factors.”

Currently, no U.S. natural gas plants have been retrofitted with carbon capture and storage — a potential stumbling block if EPA bases its rule on an existing combined cycle natural gas plant’s ability to capture and sequester carbon. However, there are some pilot projects in development.

There’s just one problem: NET Power’s technology is for new facilities and can’t be used in retrofits of existing plants, said Ben King, associate director of climate and energy at the Rhodium Group.

“From an economic standpoint, it is the most challenging in that category,” he said.

The more CO2 a plant emits, the more cost-effective it is to install CCS. That means retrofitting existing coal plants for CCS is easier and cheaper than retrofitting gas plants, he said.

“Because coal is a relatively more CO2-intensive fuel in the power sector, the economics of retrofitting existing coal plants with CCS makes a little more sense than retrofitting gas plants,” King said. “Though it is certainly possible.”

Cost is also an issue, though Dawson said the courts have traditionally given EPA deference in how it measures the costs and benefits of its regulations.

By taking generation shifting off the table as a potential best system of emissions reduction, or BSER, the court’s decision could give CCS a boost, she said. The Clean Power Plan justified shifting from coal to cleaner power in part on the basis that it cost less than retrofitting existing fossil fuels plants for CCS.

An EPA rule requiring CCS at power plants could benefit from the extension and expansion of the so-called 45Q tax credit. That provision was included in the Democrat-backed climate and clean energy bill that has stalled on Capitol Hill. But it has Republican support and might move as part of other legislation, like a tax extenders package.

The other alternative available to EPA — beyond simple efficiency improvements — is hydrogen blending. But that technology comes with its own set of challenges, including questions about how much hydrogen can travel in natural gas pipelines and be burned at gas turbines.

“You could also imagine a world in which there’s some build out of hydrogen pipelines that is sort of like parallel to natural gas pipelines,” said King. “But that’s a fairly costly prospect.”

Michael Caravaggio, a researcher who studies gas facilities at the Electric Power Research Institute (EPRI), said both CCS and hydrogen co-blending will be cheaper to build in regions with abundant geologic storage and shorter pipeline routes. The history of planning new transmission lines and pipelines suggests that building new pipelines to support either solution could be fraught, he said.

Hydrogen also needs energy to be created. Today, the majority of hydrogen is steam reformed, where natural gas is used to separate water and hydrogen molecules. Those gas facilities could be equipped with CCS, or the molecules could instead be split by electricity supplied by low-carbon sources.

“It’s a matter of political appetite. From what EPRI has examined, we feel that CCS is one of the more economical pathways to achieve net zero in 2050,” Caravaggio said. “If policymakers are intent on that, it involves building new pipelines. If that is not a pathway they want to take, it will be a challenge. But there is no easy pathway to net zero.”

CCS and hydrogen are likely to sprout up in regional clusters where the infrastructure is available to support it, he said.

There are some signs industry could support a CCS-based standard. When EPA issued a white paper considering regulations for new plants earlier this year, one of the country’s largest gas generators highlighted two pilot projects it is pursuing in California to retrofit existing gas plants with carbon capture, utilization and storage (CCUS).

“Calpine believes equipping the new or existing gas-fired generation fleet with post-combustion CCUS is the most efficient way to reduce emissions from the residual gas-fired generation needed to maintain reliability,” the Houston-based company wrote in a letter to EPA.

Still, Calpine said any standard set by EPA should take into account local conditions and the availability of resources in those areas.

“A one-size-fits-all approach, where standards presume the availability of certain technologies, such as CCS, could stymie innovation and stand as an obstacle to deploying the best resources to fulfill the need,” Calpine wrote.

A company spokesperson did not respond to a request for comment.

Clean Air Task Force, for its part, told EPA that most regions of the country have the geologic conditions needed to store carbon or are close enough to regions capable of storing it.

Duffy, the Clean Air Task Force lawyer, called a CCS-based standard “viable and defensible.” EPA could offer power companies additional flexibility by employing an emissions trading program to comply with the standard, he said in an interview.

In practical terms, that means CCS can be used to decide how much CO2 power plants have to cut, while emissions trading can be used to meet those reductions, Duffy said.

“All West Virginia said was that the Clean Power Plan form of emission reduction was impermissible,” he said. “On the compliance side, they say flexibilities are not taken off the table as far as trading or reducing generation so long as it is a traditional bolt on control that is setting the emission limit.”

Kyle Danish, a partner with Van Ness Feldman LLP, said EPA could write a two-stage rule that starts slow but phases in a more aggressive standard at a future date when EPA may reasonably expect technologies like CCS to be more fully demonstrated. The George W. Bush EPA used a similar model to phase in activated carbon injection as part of its mercury rule for power plants.

“I think the question is whether this EPA concludes that it would benefit the industry to provide some sort of certainty about its future mark,” he said.

“And, you know, there’s a political calculation here,” Danish added. “Does this Biden EPA want to set a marker that is a little bit more difficult for an EPA under a future, less motivated administration, you might say, to undo?”