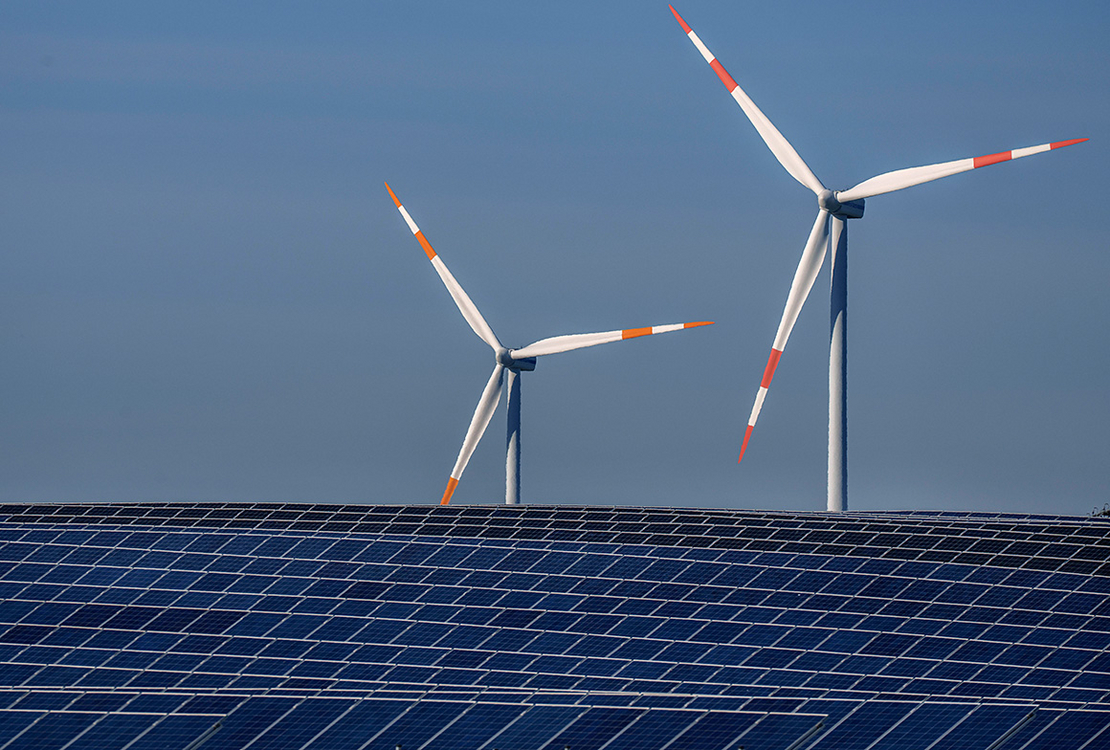 Clean energy has managed to grow during a global pandemic, a hostile presidential administration and fierce competition from fossil fuels. Now, it faces the prospect of battling rising interest rates and a potential recession.

The mounting threat of a market downturn represents a test of clean energy’s economic muscle. The industry — from renewable developers to electric vehicle makers — grew up over the last decade, spurred on by a market where capital was abundant and debt was cheap.

Yet with the Federal Reserve prepared to raise interest rates to tame rising inflation and a growing number of financial analysts warning of a potential recession, clean energy companies face the potential of higher borrowing costs and increasingly stingy lenders.

“It has simply made a difficult task more difficult,” said Julio Friedmann, chief scientist at Carbon Direct, a CO2 removal company, who served in the Energy Department during the Obama administration. “Debt will be harder to get and will be a drag on the system. That is not a reason to slow down or delay things from a policy perspective, but it’s important to be mindful of it.”

An economic downturn is a threat to the energy transition because swapping out fossil fuels for clean technology requires a lot of money. As a new industry, many clean energy companies need to borrow to finance their growth. The cost structure of wind and solar projects, in particular, is also different from their fossil fuel brethren, with most of the investment needed to build a project rather than to operate it. That means developers need money upfront.

In recent years, clean energy companies have been able to shrug off attacks from the Trump administration and push through the economic disruptions caused by the coronavirus pandemic. In 2021, the International Energy Agency estimated the world would spend $750 billion on clean energy investments. The agency concluded the amount spent on new renewable capacity ($370 billion) exceeded investments in oil and gas drilling ($350 billion).

But that investment still fell well short of what IEA thinks is needed for the world to achieve net-zero emissions by the middle of the century. The agency estimates that global clean energy capital spending needs to rise to $5 trillion annually to essentially zero out emissions.

While a recession would make it more difficult to raise that cash, analysts noted that clean energy has survived downturns before. The Great Recession produced a series of high-profile clean technology failures.

Yet they noted the world looks considerably different today than it did at the end of the last decade. Where wind, solar and electric cars were once unproven, they are now mature technologies. And unlike the Great Recession, where capital markets seized up, there appears to be no shortage of money flowing through the global economy today.

That bodes well for clean energy technology at a time when fossil fuel prices are skyrocketing and electricity demand is projected to rise as more consumers adopt EVs, said Josh Freed, who leads the climate and energy program at Third Way, a think tank that identifies as “center-left.”

“There is a confidence of investing in them and getting a return on investment that there wasn’t in 2008-2009,” Freed said.

Investors are increasingly skittish about the market and are subjecting companies’ business plans to more scrutiny, said Paul Mulé, senior vice president of finance at Arcadia, a climate software company. But considerable appetite for climate investing remains, with more dedicated sustainability and climate funds looking for market opportunities. Companies with proven business platforms likely will have little trouble raising money, since mature firms are relatively few and far between, he said.

Arcadia aggregates energy usage and pricing data to help companies and consumers seeking to buy renewable energy. The company recently raised $200 million and is using the infusion of cash to finance its acquisition of Urjanet, a utility data provider.

A big question is what happens to early stage companies that have yet to perfect their business model. Mulé said he expects some climate tech companies could close their doors quicker in a recession, but that a flood of mergers is more likely.

“At the end of the day, the market is too big and the opportunity is too great to completely dissipate,” he said.

‘A new form of inequality’

The growing concerns over a potential recession come amid a run-up in fossil fuel prices. West Texas Intermediate, the benchmark for American crude oil, is trading for $110 a barrel, compared to $65 a barrel this time last year. June contracts for the U.S. gas benchmarks are at $8.75 per million British thermal units (MMBtu) over the first half of 2022. One year ago, gas was a mere $2.91 per MMBtu.

The rise in fossil fuel prices is a boost to emerging technologies like advanced nuclear and geothermal in the power sector, or the expanded use of green hydrogen in industry, analysts said. Some of those technologies also stand to benefit from the bipartisan infrastructure law that passed last year. The bill contains $10 billion for carbon capture, direct air capture and industrial emission reduction programs; $8 billion for hydrogen hubs; and $2.5 billion for advanced nuclear, according to the Department of Energy.

Companies looking to take advantage of that money will need some flexibility if they are to be successful, said Carbon Direct’s Friedmann.

“A number of the projects during the ARRA in the Obama administration died — not because they were bad projects or they ran out of money, but because the appropriations language was too restrictive. Too restrictive on time,” he said, referring to the American Recovery and Reinvestment Act.

David Victor, a professor who studies energy markets at the University of California, San Diego, said policy is one of the biggest variables in driving the energy transition during a downturn. In countries where support for climate action is strong, government support can provide confidence for investors to put money behind otherwise capital-intense and technologically risky endeavors.

That was on display in Europe last week, when Belgium, Denmark, Germany and the Netherlands pledged to install 150 gigawatts of offshore wind by 2050, a tenfold increase over Europe’s current offshore wind capacity. The build-out will rely in part on floating turbines, which are more expensive and technologically difficult to install than those fixed in the ocean floor.

Yet the combination of higher borrowing rates and a recession could derail clean technologies in countries without policy support. The impact could be particularly severe in poorer nations, which have less access to capital and where investors often perceive the political risks to be higher.

“I think what that means is the places where government policy is strong and getting stronger and people are able to keep the cost of capital low, the energy transition is going to continue to accelerate. In the places that can’t, it will probably stall,” Victor said. “You could see a new form of inequality, in this case inequality in the energy transition, created by this huge variation in policy risk and capital risk.”