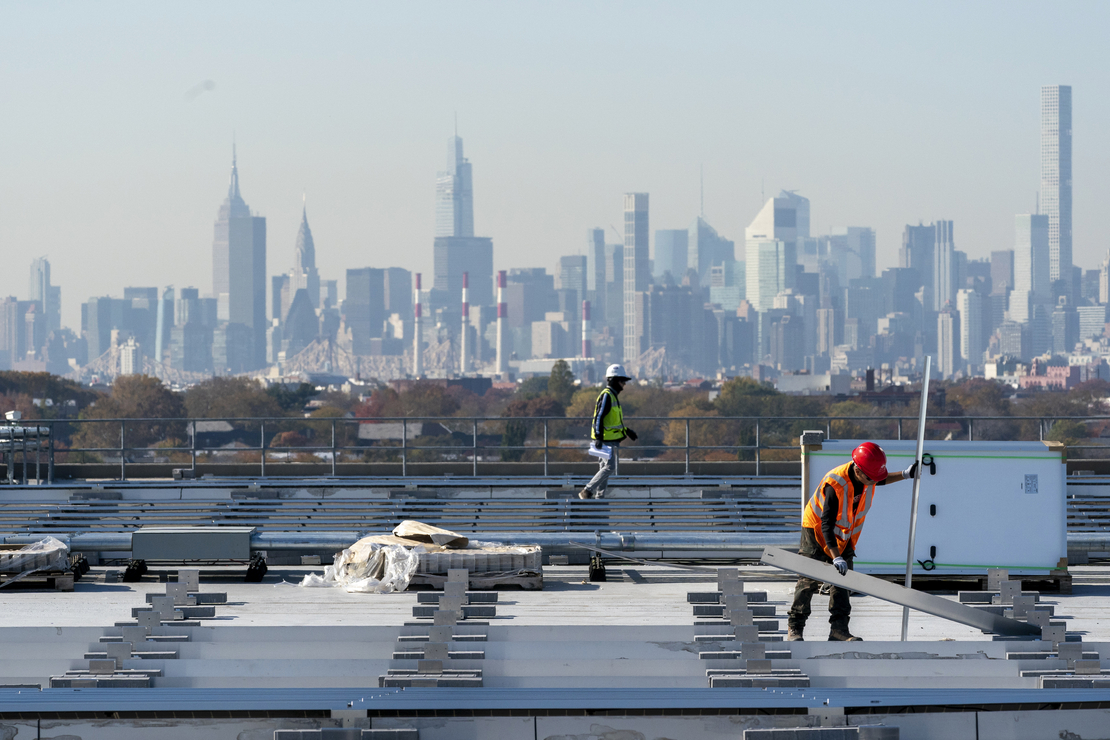 Investment in wind and solar is set to outpace oil and gas drilling for the first time this year, according to one analyst — a milestone in the worldwide transition to clean energy that comes in spite of a spiraling energy crisis and calls to increase fossil fuel production.

The projection by Rystad Energy is in line with a separate prediction by DNV GL, another company that tracks energy markets. DNV thinks a short-term boost for coal in developing countries is no match in the long term for the march of falling renewable costs, electrification and increasing carbon prices.

These forecasts — and others like it — suggest the clean energy transition has remained durable in the face of prevailing headwinds. The International Energy Agency estimates the growth of low-carbon electricity generation this year will lead to a slight decrease in fossil fuel generation. And the U.S. Energy Information Administration projects renewables will generate more power in the United States this year than coal.

“The turbulence in the energy market does not dramatically alter the decarbonization pathway towards midcentury,” Remi Eriksen, DNV president and CEO, said in a statement. “The strongest engine of the global energy transition is the rapidly reducing costs of solar and wind energy, which will outweigh the present short-term shocks to the energy system.”

The growth in renewables is notable in a year when the cost of energy has been thrust to the forefront of public debate. Energy prices have risen steadily in the last year due to the combination of pandemic-induced supply chain bottlenecks; surging demand; and Russia’s invasion of Ukraine, which upended global energy markets.

Many countries have responded by increasing fossil fuel production. The United Kingdom lifted a ban on hydraulic fracturing and issued a round of new licenses for oil drilling in the North Sea. Europe is on a liquefied natural gas binge, driving up LNG prices and leading to higher coal burn in Asia. President Joe Biden has unsuccessfully urged Saudi Arabia to boost oil production to help tame rising gasoline prices.

But the climate impact has so far been less than feared. While coal generation is up in India and other parts of Asia, continued Covid-19 lockdowns in China have blunted greenhouse gas output from the world’s top emitter. Carbon Monitor, an academic emissions tracker, estimates Chinese carbon dioxide emissions were down 2 percent, or 155 million tons, through August.

European emissions are up 81 million tons, an increase of 4 percent over last year. Power plants accounted for 61 million tons of that increase, as the continent leaned into coal amid reduced output from the French nuclear fleet and weak hydro production.

Yet strong renewable production, along with mild temperatures and falling gas prices, has taken some of the bite out of emissions and power prices. European electricity prices are down 60-70 percent from their August peak, according to Rystad.

The Oslo, Norway-based consulting firm expects the trend to continue. In 2022, capital spending on wind and solar is projected to reach $494 billion, eclipsing the $446 billion spent on upstream oil and gas production. That marks the first time that spending on wind and solar has eclipsed oil and gas drilling. High power prices will increase the returns for renewable projects. Rystad found that renewable projects in a handful of European countries could pay back their costs within a year at current power prices.

“Capital investments in renewables are set to outstrip oil and gas for the first time this year as countries scramble to source secure and affordable energy. Investments into renewables are likely to increase further moving forward as renewable project payback times shorten to less than a year in some cases,” said Michael Sarich, senior vice president of Rystad Energy.

Globally, the IEA projects that zero-carbon electricity generation will increase 7 percent this year, despite a 3 percent decrease in nuclear capacity. The growth in renewables will push down fossil fuel use by 1 percent, the IEA estimated. The shift will likely see power emissions fall in 2022 after setting a record last year.

In the United States, EIA projects renewables will generate 22 percent of the country’s power this year, compared with 38 percent for gas and 20 percent for coal.

Renewables are attractive to countries facing soaring costs because wind and solar have no fuel costs. They are also domestically produced. Russia’s invasion of Ukraine likely will prompt Europe to accelerate its shift to renewables, which the continent views as a source of energy security, wrote DNV analysts in the company’s annual energy outlook.

The picture outside Europe is less optimistic for climate in the short run. The threat of a recession and higher energy costs likely will mean some countries won’t prioritize climate as much, DNV said.

Still, the company concluded the energy transition will forge ahead.

“Short-term commodity cost increases and the war in Ukraine will not put the brakes on the big drivers of the transition like the plunging costs of renewables, electrification, and rising carbon prices,” DNV wrote.

Whether the transition will happen fast enough to keep global temperature rise below 2 degrees Celsius is another matter. DNV estimates global emissions need to fall 8 percent annually to reach net-zero emissions by 2050. Global emissions in 2022, by contrast, are up 2 percent through August, according to Carbon Monitor.