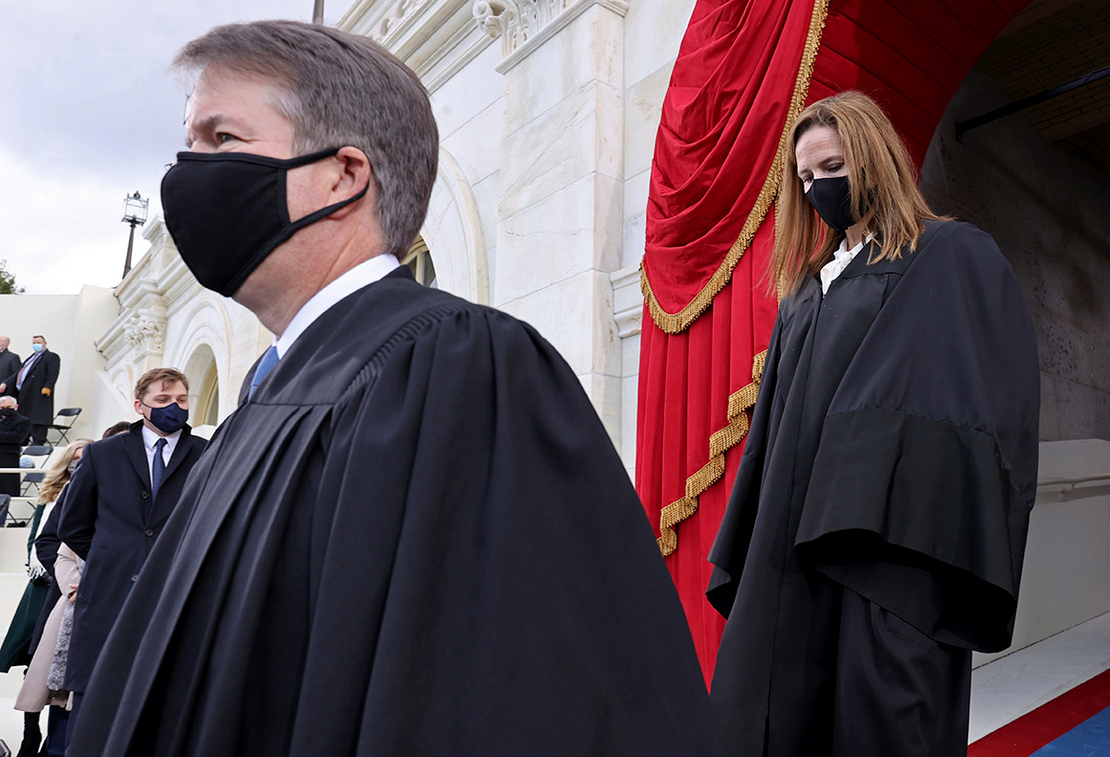 Coal companies and Republican-led states yesterday called on the Supreme Court to constrain EPA from going as far as the Obama administration did when it crafted a systemwide approach to curb carbon emissions from existing power plants.

The challengers laid out their opening arguments in the landmark climate case West Virginia v. EPA, which could reshape the Biden administration’s plans to address energy-sector emissions (Energywire, Nov. 1).

In their opening briefs to the Supreme Court, the challengers warned against allowing EPA to finalize a new version of the 2015 Clean Power Plan — which the Trump rule replaced — and asked the justices to consider how much discretion the federal agency should be granted to craft rules that could "restructure the nation’s energy system."

He called the agency’s regulations a “convoluted reading” of the Clean Air Act and said EPA had “weaponized a statute intended to improve pollution controls at regulated facilities.”

“A plain reading of the statute,” Morrisey wrote, “does not give EPA power to reorder entire economic sectors.”

He added that neither Section 111(d) — the part of the Clean Air Act that EPA used to regulate carbon emissions — “nor anything else in the [statute] provides a clear statement from Congress that it intended EPA to take this power on.”

North Dakota Attorney General Wayne Stenehjem also warned in a separate brief that the rule disrupted the “delicate balance” between federal and state authority. He noted EPA’s ability to set state standards comes when a state fails to submit an adequate plan to comply with the law.

At the center of the case is EPA’s authority under the section of the Clean Air Act to broadly interpret what qualifies as the "best system of emission reduction" to slash emissions under the federal law.

The U.S. Court of Appeals for the District of Columbia Circuit this year rejected the Trump administration’s argument in a 2-1 decision that the federal law clearly stated that EPA was only permitted to set a best system of emission reduction that could be applied at the facility level (Greenwire, Jan. 19).

Instead, the court upheld the Obama administration’s more systemic approach, which encouraged states to adopt emissions reduction techniques like emissions trading or shifting generation from fossil fuel to more renewable sources. This allowed the agency to set emissions targets that could not be achieved by emissions reductions at power plants.

The Supreme Court shocked observers when it agreed to take the case in October, with EPA and its supporters calling the challenge premature. EPA has already said it does not plan to reinstate the Clean Power Plan and has not yet proposed a new rule for existing power plants (E&E News PM, Oct. 29).

The petitioners appeared to sidestep the issue of the pending rulemaking and avoided any mention of Biden’s name, even as they pointed to other future consequences of leaving the D.C. Circuit decision on the books.

With such broad authority to interpret the Clean Air Act, Westmoreland Mining Holdings asked in its opening brief, what would stop EPA from accelerating the transition to zero-emission vehicles or stopping the production of wood pulp for books in favor of Kindles?

"And why not press homeowners — with their woodstoves, water heaters, gas ranges, and other sources of carbon-dioxide emissions — to install rooftop solar panels? All of these and more would be plausible ‘system[s] of emission reduction’ under the [Clean Power Plan’s] interpretation of EPA’s authority,” the coal company argued.

Westmoreland argued that Obama’s EPA had relied on an "all-but-forgotten backwater" section of the Clean Air Act to restructure the energy sector.

The coal company argued that the court should consider that the agency’s interpretation of the law was a violation of the "major questions doctrine."

That doctrine finds that courts should not defer to agency discretion when an action will have significant economic or political consequences — unless Congress clearly delegated the authority to act.

The Supreme Court in its ruling should "emphasize that the recesses of a statutory scheme are no place to discover vast and unheralded agency power," attorneys for the company wrote.

"So doing will break the vicious cycle of agency overreach and place the power and responsibility to decide major policy questions where they properly belong: with Congress," they continued.

The coal states, too, argued that carbon emissions are “at the center of substantial political and public attention” and that Congress has debated climate action for years.

“The court,” the states argued, “should not permit EPA to short-circuit this ongoing legislative process.”

North American Coal also argued that EPA is limited to “achievable” emission reduction measures for existing sources, not any “system that calls on the facility’s owner to replace it.”

"The D.C. Circuit empowered the EPA not only to tweak the operations of existing emission sources, but to radically restructure the country’s power supply — and American life more generally," the coal company said in its opening brief.

Other industry groups voiced their support for the red states’ and coal companies’ arguments.

The National Mining Association argued in a "friend of the court" brief that a broader reading of the Clean Air Act overstepped states’ role in crafting standards to comply with the rule.

The trade group noted that while EPA may set the best system of emission reduction for new sources directly, Congress in the Clean Air Act had left it up to states to determine the best approach to regulation for existing sources.

"Section 111(d) thus protects state authority to determine what levels of emission reduction are achievable by these stationary sources," the trade group wrote.

The Basin Electric Power Cooperative, which provides electricity to 2.8 million customers in nine states and operates four coal plants, wrote in its amicus brief that the D.C. Circuit’s "overly simplistic" ruling would allow EPA to force energy producers to shift from natural gas- and coal-fired power plants to renewable sources “without regard to the practical realities of the nation’s current energy needs.”

The co-op said there is not enough available transmission capacity on the grid to connect all the new and proposed renewable energy projects.

Reaching Biden’s goals of a 50–52 percent reduction from 2005 levels in greenhouse gas pollution by 2030 and net-zero emissions by 2050 would require a doubling or tripling of the nation’s transmission system, they said.

“Without the necessary improvements, which are decades in the making, the grid cannot support the type of forced generation shifting that the [D.C. Circuit] finds to be within EPA’s authority when determining" the best system of emission reduction, the co-op wrote.