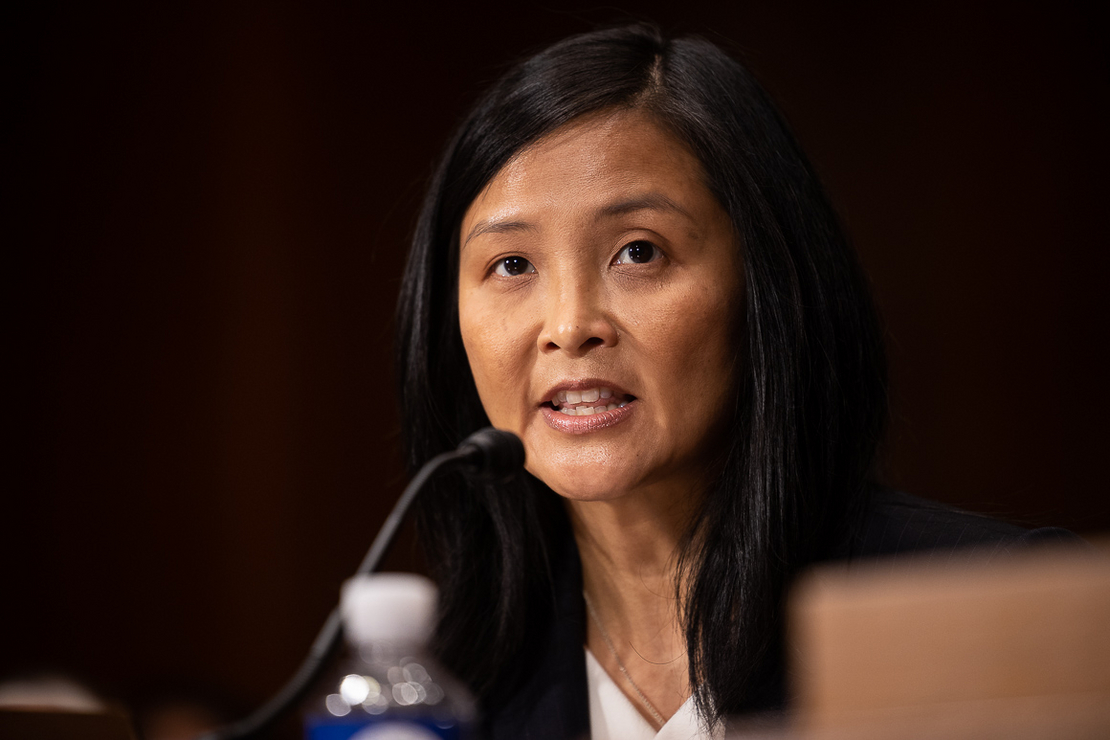 Senate Judiciary Committee lawmakers reached a tie vote this morning on whether to approve one of President Biden’s nominees to a West Coast court with a prominent environmental docket.

The committee voted 10-10 on the appointment of Jennifer Sung to the 9th U.S. Circuit Court of Appeals, which frequently has the last say in legal disputes over pipeline building, endangered species protections and other major environmental issues.

During her confirmation hearing, Sung faced criticism for signing a letter urging leaders at Yale Law School not to support then-Supreme Court nominee Brett Kavanaugh. She said she regretted signing the letter, whose language she called “overheated” (E&E Daily, Sept. 15).

Before the vote, Judiciary Committee Chair Dick Durbin (D-Ill.) said his colleagues in public service “should be willing to give someone a break.”

As a favor to fellow committee member Sen. Dianne Feinstein (D-Calif.), who had to be away for a family emergency, Sen. John Cornyn (R-Texas) voted “present” on Sung, although he noted he had “serious concerns” about her nomination.

Sen. Mike Lee (R-Utah) also said he had “grave concerns” with Sung and said her signing of the letter showed an “exceptional lack of judgment.”

Sen. Mazie Hirono (D-Hawaii) said that many legal experts had raised concerns about the judicial temperament of many of Trump’s nominees — including Kavanaugh — and Judiciary Committee Republicans supported them anyway.

“I think that she explained herself very well,” Hirono said of Sung.

The Senate has procedures to advance a nominee to a floor vote in the event of a committee tie. It has used those procedures for Health and Human Services Secretary Xavier Becerra and other Biden picks.

The committee also voted 10-9 yesterday to approve the nomination of Beth Robinson to the 2nd U.S. Circuit Court of Appeals.