Cortez Masto pushes mine royalties out of reconciliation bill 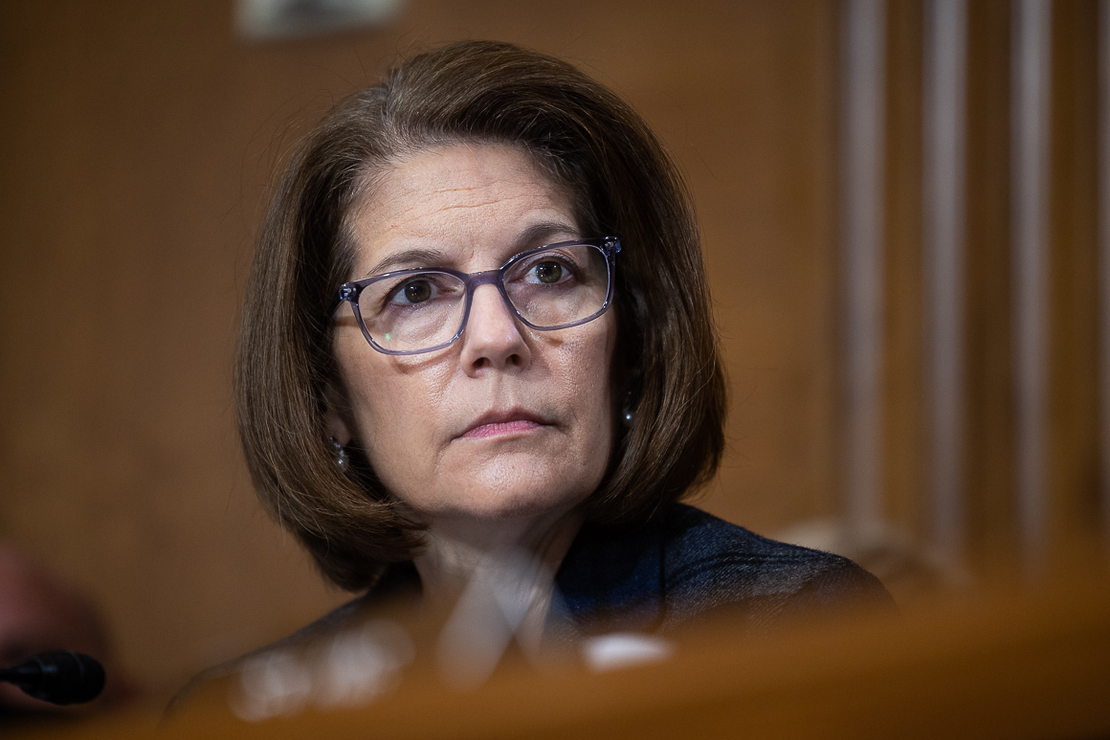 Sen. Catherine Cortez Masto, a Nevada Democrat in a tough fight to keep her seat next year, says she’s scored a big win that could boost her reelection campaign: the removal of $1 billion from the massive climate and social spending package that would have gone to cleaning up abandoned hardrock mines.

The reason? The funding would come from the first-ever royalties imposed on hardrock mines — the sort that produce every metal from gold and silver to iron and copper — and Cortez Masto represents one of the most popular mining jurisdictions in the world.

“It’s not going to be in there,” Cortez Masto told E&E News.

The first-term senator said she’d told Senate Democratic leaders, and Senate Energy and Natural Resources Chair Joe Manchin (D-W.Va.), that the language in the House’s draft reconciliation package imposing hardrock mining royalties needed to be taken out of reconciliation and put through “a separate process.”

Cortez Masto also said she’d received assurances from her party leadership that stripping this language was a done deal. And Rep. Susie Lee, a Nevada Democrat, confirmed to E&E News it was also her “understanding” the hardrock royalties were “going to be taken out.”

The elimination of all royalties is a step beyond even the compromise House Democrats proposed in their draft bill, which scaled back the imposed payments. The current House version would provide $997 million in cleanup money by applying a 4 percent gross royalty on new mines and a 2 percent royalty on existing mines (Energywire, Oct. 29).

A spokesperson for Senate Majority Leader Chuck Schumer (D-N.Y.) declined to comment on the record for this story.

With the climate portion of the reconciliation package still under negotiation, congressional and advocacy sources familiar with discussions expect Cortez Masto to get her way just as her likely Republican opponent, former Nevada Attorney General Adam Laxalt, has begun to attack her over the provision by calling it a “mining royalty tax.”

If that’s the case, it demonstrates just how much power and influence front-line Democrats are having in shaping the final stages of the legislation. And it shows a willingness on the part of Democratic leadership, and the Biden administration, to accommodate these vulnerable incumbents, even if it means alienating elements of the party base.

“At the very minimum, I would hope that the senators that are protecting hardrock mining realize that at the very minimum they should pay some royalty, so we can clean up the messes that they leave,” said House Natural Resources Chair Raúl Grijalva (D-Ariz.), who included the reform language in his committee’s reconciliation proposal.

Ultimately, party leaders are eager to hand out wins that will help their members gain the upper hand in their 2022 races. The Senate is currently split 50-50, and House Democrats only hold their majority by a three-member margin.

The bipartisan infrastructure deal also authorizes $3 billion for abandoned mine land cleanup, so some funding could get out the door even if the royalties are removed. But without the reconciliation language, taxpayers will be the only ones footing the bill to restore former mines under the program.

Sen. Martin Heinrich (D-N.M.), a leading advocate for overhauling the nation’s hardrock mining laws and regulations, is not giving up on getting the $1 billion and royalty payments into the reconciliation bill.

To leave it out would be “an enormous missed opportunity.”

“I think, until the ink is dry,” Heinrich said, “nothing is quite certain.”

Unlike oil, gas and coal production, hardrock mines pay no royalties to the federal government for operating on public lands.

It’s been that way since 1872 when Congress authorized prospecting and mining on federal lands after the Gold Rush brought riches to Western states including Nevada. So embedded is mining in the culture of Nevada that state royalties on hardrock mines are in the state’s constitution.

Bidding to protect its status as a mining hub, the state’s Washington delegation has stood in the way of Congress setting hardrock royalties before.

Prior to the arrival of Cortez Masto to the debate, advocates for hardrock mining reform were blocked by former Democratic Majority Leader Harry Reid (D-Nev.), who boasted in 2009, “During my time in Congress, I have fought and defeated many ill-conceived reform efforts that would have hurt rural Nevada.”

So it was no surprise to miners in the state when Cortez Masto, first elected in 2016, staked her ground at a Senate hearing last month and declared she would oppose reconciliation language advancing in the House that would impose a gross royalty on hardrock mines.

To them, she was following in the mold of Reid. “She’s been a supporter of the industry,” Tyre Gray, president of the Nevada Mining Association, told E&E News. “I think she’s followed in Harry Reid’s footsteps in this quite well.”

Democratic state lawmakers had already capitulated once to the mining industry ahead of the midterms in order to avoid the question of new royalties sought after by progressive state lawmakers coming up in ballot initiatives. Amid opposition from the largest mining companies in the state, state Democrats instead opted for a smaller boost of royalties in legislation passed this year.

Mining is “part of the psyche of Nevada in some way,” said John Hadder, director of Great Basin Resource Watch, an environmental group based in Reno, Nev. “It’s in there, embedded. They made it a part of the mystique of the state.”

Democratic leaders’ concession to Cortez Masto’s demands on hardrock mining might be controversial and divisive among activists and progressive lawmakers, but how the decision will translate politically is unclear.

While it’s “certainly true that some environmental issues resonate more with the public and can be used to kind of advance that progressive environmental agenda,” there are some political issues “where there is perhaps an academic awareness of the importance of solving a policy problem but no real champion,” said Brett Hartl, government affairs director for the Center for Biological Diversity. “Hardrock mining falls into this category.”

Hartl said one could contrast this debate with that over banning new offshore oil drilling off the Atlantic and Pacific coastlines, and in the eastern Gulf of Mexico. These prohibitions are currently included in the reconciliation bill and are likely to stay, as they have a unifying appeal among Democrats and resonate with the public.

“People are aware of the visceral damage done by offshore drilling and oil spills in a much more real way,” said Hartl, referencing the recent massive spill near Huntington Beach, Calif. “People like the beach … no one likes seeing a seal or a bird killed by oil, and it resonates because it is something that is easy to show the environmental horror that comes with it.”

Hardrock mining, meanwhile, produces “terrible giant holes in the ground and can cause devastating pollution, but the pollution is often quite localized, and it is a little bit ‘out of sight,and out of mind’ for most people.”

Nicole Gentile, senior director of public lands at the Center for American Progress, said bringing home more money for cleaning up abandoned mine lands should actually be a salient political issue in congressional districts with legacies of mine pollution. Royalties would have provided more money for cleanups and should be “a political win.”

“I can’t imagine a lawmaker coming home and saying they got money to clean up a Superfund site would not get applause. It should be something to celebrate for these communities, because they really got screwed,” Gentile told E&E News.

Hadder cautioned that Cortez Masto standing in the way of hardrock royalties in reconciliation does not mean the issue is going away for her.

It’s not going away for Laxalt, either. In a statement, yesterday, he noted that Cortez Masto still wants to establish some sort of new royalty for the industry as a stand-alone bill, which he would fight.

“Throughout this process, Senator Masto has proven that Nevada miners cannot trust her to hold the line against royalties. She’s made it clear that she plans to consider them through separate legislation. Delaying royalties is not opposing royalties,” he said in a statement. “I will stand with mining jobs, with rural Nevada, and against the reckless tax-and-spend policies of Washington.”

Cortez Masto’s aspirations to address the royalties issue as a stand-alone bill aren’t impressing colleagues. They see her offer to work independently of the reconciliation process as a nonstarter given the Senate’s current composition and the reality of Republican filibusters.

Reconciliation, Heinrich suggested, represents the only real chance this Congress has of addressing the issue.

Of the other suggested approach, Heinrich said, “I don’t know where you’re going to find 10 Republicans to hold the industry accountable.”