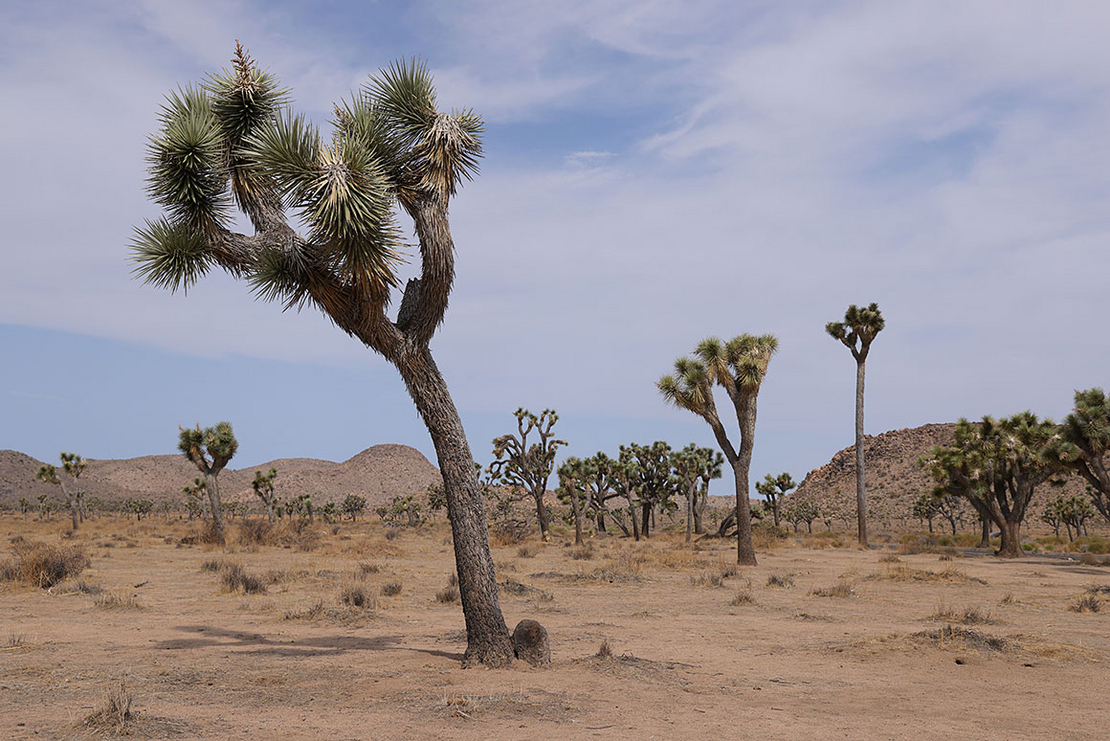 Environmentalists won a notable victory this week with a federal judge’s order that the Fish and Wildlife Service reconsider extending Endangered Species Act protections to the iconic and stressed-out Joshua tree.

In a sharply worded opinion, U.S. District Judge Otis Wright II concluded the agency fumbled its analysis of a petition to list the desert species, calling the 2019 decision to deny protections “arbitrary and capricious.” He directed the agency to undertake a do-over.

“The Service’s findings regarding threats posed by climate change and wildfire are unsupported, speculative, or irrational,” Wright declared in his opinion issued Monday.

A George W. Bush appointee to the U.S. District Court for the Central District of California, Wright granted WildEarth Guardians the win on summary judgment.

The environmental group says that recent scientific studies show climate change effects — including drought, wildfire and habitat loss — threaten the trees’ survival and are “poised to eradicate Joshua trees from much of their current range” by the end of the century.

“The Court’s decision represents a monumental step forward for the Joshua tree, but also for all climate-imperiled species whose fate relies upon the Service following the law and evaluating the best scientific data available with respect to forecasting future climate change impacts,” said Jennifer Schwartz, staff attorney for WildEarth Guardians.

Joshua trees are long-lived succulent plants found most famously in the Mojave Desert. Their current range comprises about 12 million acres and extends from parts of Arizona and Utah and west to southern Nevada and southeastern California.

In 2015, WildEarth Guardians filed a petition requesting that FWS list the Joshua tree as a threatened species.

In 2019, the Trump administration determined that listing the Joshua tree as threatened or endangered under the ESA was not warranted due to the species’ long life span, expansive ranges and distributions, and ability to inhabit myriad ecological settings (Greenwire, Aug. 14, 2019).

“The Service found that individual trees could be impacted by threats from wildfire, climate change, and habitat loss, but concluded the species would not likely be affected at the population or species,” Wright recounted.

The judge was unconvinced, and critically noted FWS’ use of studies like one in which a Joshua tree leaf was placed in hot water to test supposed high-temperature resilience.

“In concluding that climate change will not affect Joshua trees at a population- or species level, the Service relies on speculation and unsupported assumptions,” Wright stated.

Wright elaborated that FWS "does not explain how leaf cell damage from hot water supports species tolerance at increased environmental temperatures in drought conditions, or how an isolated leaf can be extrapolated to the trees’ or the species’ responses."

Moreover, Wright said the agency failed to explain “how a species that is historically ‘extremely limited’ in its ability to migrate will somehow save itself from the projected ‘massive declines’ in suitable habitat before the turn of the century."