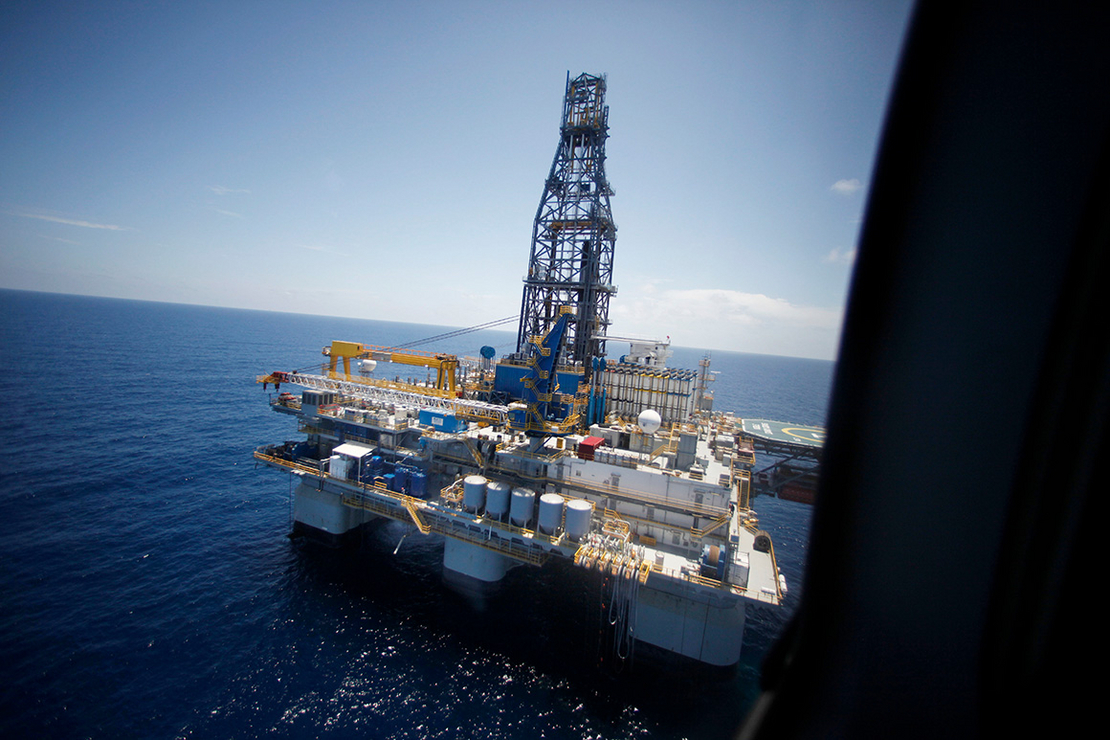 A deepwater rig off the coast of Louisiana. AP Photo/Gerald Herbert, File

During oral arguments yesterday, the U.S. Court of Appeals for the District of Columbia Circuit considered a request by green groups that the court scrap the agency’s National Environmental Policy Act review — and therefore the leases — instead of issuing a remand order allowing the Interior Department to retool its analysis.

Although the courts have done it before, remanding NEPA cases without vacating the federal actions the environmental analyses support is "pretty weak sauce," said Judge Robert Wilkins.

"This isn’t some ancillary issue," the judge said to an attorney for Interior. "This goes to the heart of the decision of whether you should move forward."

NEPA requires federal agencies to fully consider the environmental impact of proposed actions before making final decisions. Although federal courts have often faulted agencies for falling short of NEPA’s requirements, they have rarely used the statute to halt projects.

The Gulf Restoration Network, along with the Sierra Club and Center for Biological Diversity, had challenged Interior’s analysis of the 2018 lease sales for failing to address concerns about enforcement of safety regulations to prevent a catastrophic spill from offshore oil and gas development.

The environmental challengers alleged that the Bureau of Ocean Energy Management, which is within Interior, had not addressed in the NEPA review concerns detailed in a 2017 Government Accountability Office report about a lack of government enforcement of offshore safety measures.

At the same time, they said, the agency had failed to address the fact that the Trump administration had been in the process of walking back the 2016 blowout preventer and well control rule, issued in the aftermath of the deadly 2010 Deepwater Horizon disaster. The Biden administration plans to revisit the regulation (Energywire, Jan. 5).

Justice Department attorney Justin Heminger assured the D.C. Circuit that Interior was thorough in its approach.

"If there is a defect in the NEPA analysis, we’ll seriously study what the court said and take a hard look at the NEPA issue," he said.

The environmental challengers also said BOEM had erred in finding that the 2018 Gulf sales would have no significant environmental impact. The agency had found that if the leases were not offered, the same areas were likely to be leased in the future.

"Here the errors are serious so they don’t warrant remand without vacatur," said Brettny Hardy, an Earthjustice attorney who represented the environmental groups. "This is a massive decision offering all available land in the Gulf of Mexico to drilling."

Heminger said the court could issue a remand order to send the NEPA analysis back to BOEM, but he said the judges should stop short of scrapping the review altogether.

He said the environmental challengers had exaggerated BOEM’s reliance on prior safety rules in finding that the Gulf leases would not have significant impact.

Data ranging from the 1960s to 2014 had indicated that the risk of a major offshore spill was very small, Heminger added.

"My problem with this is there was a catastrophic spill in 2010," Wilkins interjected, referring to the Deepwater Horizon disaster. "Who cares about your statistics? We just had one."

In addition to killing 11 workers, the 2010 rig explosion spewed 134 million gallons of oil into the Gulf, polluting beaches and killing hundreds of thousands of marine species.

"You are going to argue to me that undoing those rule changes are a kind of nothing burger and the GAO report that the agency isn’t effectively enforcing the old regulations, let alone any new regulations and procedures, shouldn’t take any serious role in the" NEPA review, said Wilkins, who was appointed during the Obama administration.

The other judges on the D.C. Circuit panel also appeared skeptical of the strength of BOEM’s NEPA analysis.

Judge Ketanji Brown Jackson questioned why the government wouldn’t have needed to address the Trump administration’s proposal to revise the well control rule, a process that was already underway when BOEM was drafting the NEPA review supporting the Gulf lease sales.

"I’m concerned about the suggestion that the agency doesn’t have to take that into account when it’s doing an" environmental impact statement, Jackson, a Biden pick, told the DOJ attorney.

The agency would have had a "somewhat stronger" case if it had said that it had looked at the issues raised by the environmental challengers, said Katsas, a Trump appointee.

"That’s a different case from what we have," he said.