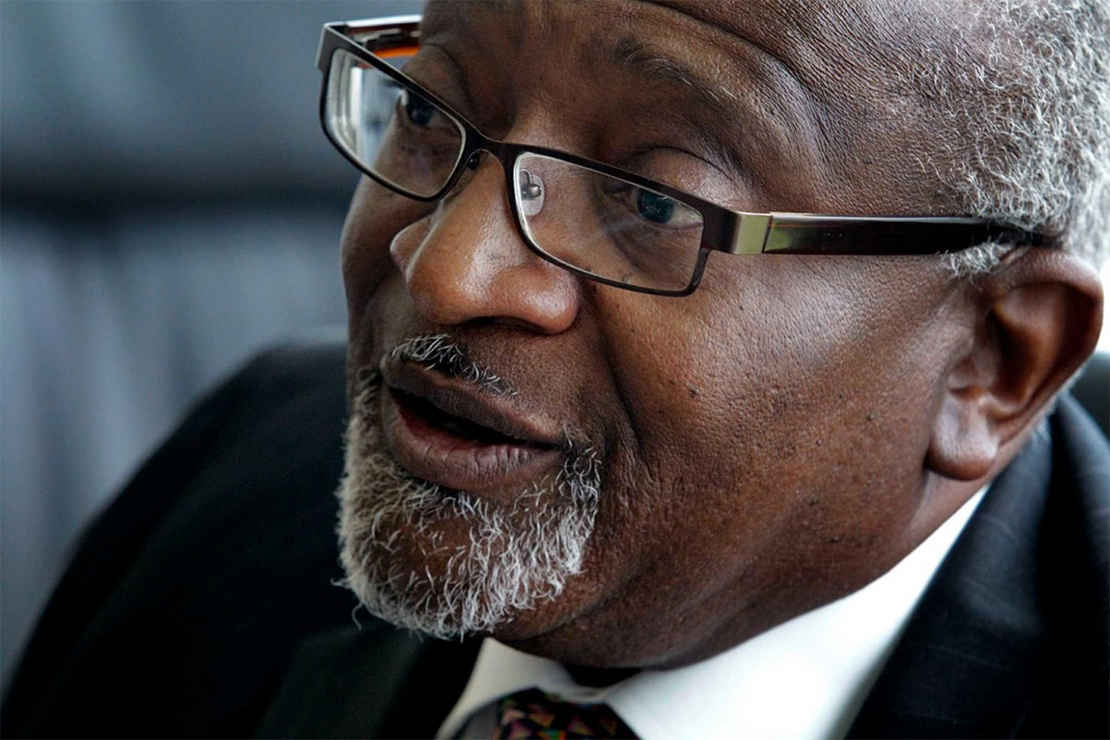 Robert Bullard, a professor and environmental justice advocate, is part of a White House advisory panel on the issue. Bullard

The delay could prevent federal dollars from going to struggling communities should the bipartisan infrastructure bill and the budget reconciliation package pass Congress in the coming days or weeks.

“There are a lot of folks that are concerned about it in terms of timing," said Angelo Logan, a member of the White House Environmental Justice Advisory Council, a group of 26 experts and advocates that helps Biden advance his stated EJ goals.

“I understand this is very complicated," said Logan, who noted he was speaking for himself, not the council. "But I think there could be more transparency and sense of urgency around these matters.”

The climate and economic justice screening tool, mandated by executive order, is meant to build on an existing EPA mapping tool to identify communities in need. It’s part of the administration’s Justice40 initiative, a governmentwide plan to ensure 40 percent of climate-related investments benefit historically neglected communities.

Aides in the Office of Management and Budget’s U.S. Digital Service have been developing the software in-house, but little is known publicly about their progress.

Multiple members of the council echoed concerns about the delay and what they see as a lack of transparency. They say it could lead to the misuse of government dollars.

A Council on Environmental Quality spokesperson declined to provide a specific update on the EJ tool.

“While we are proud of the historic achievements thus far, including the formation of the first-ever White House Environmental Justice Advisory Council and development of the Justice40 Interim Implementation Guidance, we know there is more work to be done and are working as quickly as we can to address these urgent issues,” the spokesperson wrote in an email.

She added that CEQ “will soon provide additional details on the progress of the tool.”

There is an open source GitHub page to make the software code publicly available. Developers say the idea is to create a “community-first and open source approach to the product development of the tool.”

“There should not be unnecessary divisions between people with experience in software and data analysis and expertise in environmental justice,” said Kyle Whyte, a member of the advisory council and a University of Michigan professor. “There can’t be a divide between the people with the different expertise. They should be working together.”

The tool is expected to overlay metrics like greenhouse gas emissions and air quality measurement with economic and health indicators like maternity rates. There was talk of hiring a private company to accelerate development, but that has not happened.

“There is money already rolling out of the different agencies with very little input in regard to the EJ communities,” said Robert Bullard, a professor who has long been seen as the father of environmental justice.

“For those of us on the [White House advisory council], we don’t know if there was a process that determined which pilots would get rolled out and what input was made available,” said Bullard.

Agencies like EPA and the Department of Energy have doled out some money as part of pilot programs to demonstrate how Justice40 could work. EPA has its older EJ screening tool in place, but many of the other agencies do not.

“It’s hard for us to understand the criteria used by these agencies in how they selected pilots," Bullard said. "And our question is how are the pilots selected and what kind of external input [did the agencies get].”

“Let’s say that you have the tool in place next week, you still need to be able to test it out,” said Mustafa Santiago Ali, a leader in the EJ community. “We’re talking about having a hundred billion dollars without already having tested your tool. Where are the gaps? Are all of the data sets actually syncing up?”

Ali, vice president at the National Wildlife Federation, cautioned that without the tool, the money could be exploited. “You have some of these governors redirecting resources to building a bridge rather than using it for health care,” he said.

Communities in Alabama gave workers raises with COVID-19 relief dollars, noted Dana Johnson, a director at WE Act for Environmental Justice. Officials in Alabama have said giving out raises was a good use of the funds.

Another potential problem, Ali added, might be litigation. White farmers sued the government after the Department of Agriculture was set to issue grants to Black farmers as part of COVID-19 relief legislation. The money was aimed at addressing the agency’s historic discriminatory practices on its loans to Black farmers.

Ali said, “Before when we were talking about environmental justice — on a good year $10 million of resources and action — now you’re talking about a considerable amount of money.”

Bullard said communities that have long struggled with poor housing conditions and lack of infrastructure for parks and schools are pressing members of the advisory council about when money will be available.

“I don’t think those of us on the [panel] can answer that,” he said. “We’re looking at them and saying, ‘We’re not the government. We’re trying to impact the government.’”