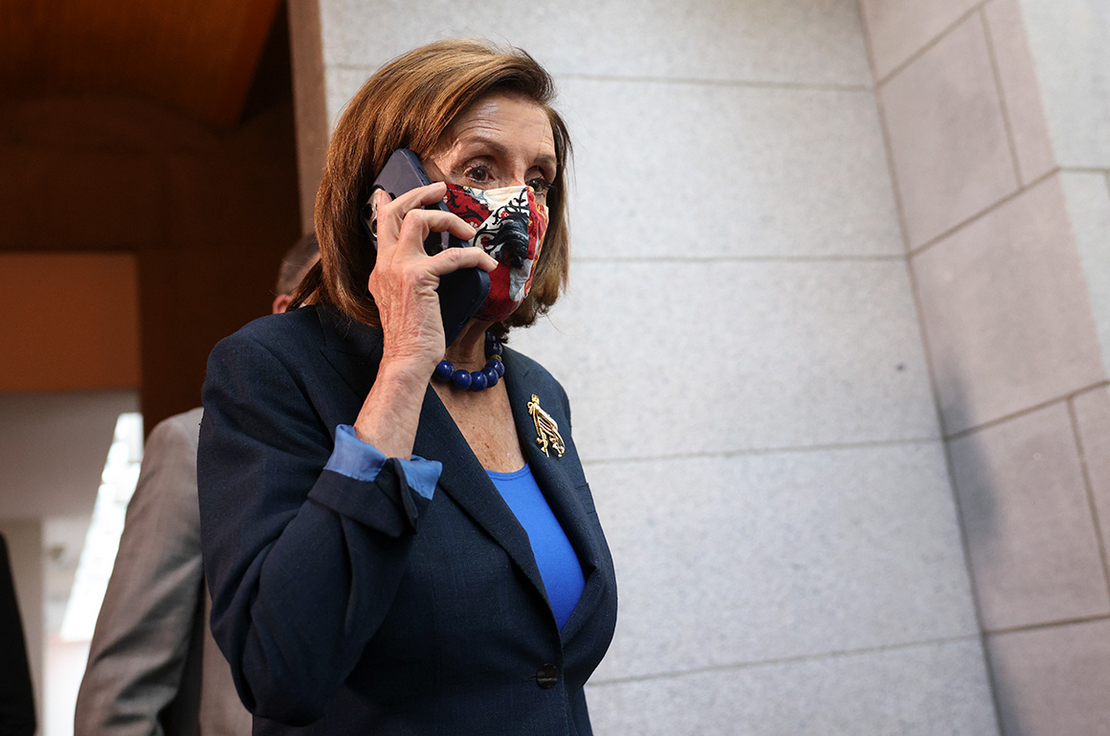 House Democrats are preparing a 30-day extension of federal surface transportation authorities that expired last night in case ongoing negotiations over a vote on the Senate’s infrastructure bill fail to yield a deal.

Transportation and Infrastructure Chair Peter DeFazio (D-Ore.) announced plans for a 30-day extension during this morning’s House Democratic caucus meeting as a fallback plan as talks continue over a deal to allow a vote on the Senate bill.

After the more than two-hour meeting, several House Democrats said they anticipated a vote to extend surface transportation authorities today — a clear sign that the caucus is not united on a path for moving forward on the two-track legislative strategy. House Democrats are expected to meet again this afternoon to continue talks.

Yet members of House Democratic leadership were bullish emerging from that meeting that there could still be a vote on the Senate-passed, $1.2 trillion infrastructure package, which would reauthorize federal surface transportation programs for five years.

"I expect to vote today, and I expect the bill will pass today," said Rep. Hakeem Jeffries (D-N.Y.), the chair of the House Democratic Caucus.

Hope for that vote is prompting leaders to delay teeing up the 30-day reauthorization.

But whether this will be possible still remains unknown as Democratic leaders and the White House seek an elusive agreement that would mollify wary progressives threatening to vote down the bipartisan measure unless there’s a vote on a larger budget reconciliation package as well.

DeFazio declined to discuss plans for an extension but said he thought Republicans would back a short patch. “We haven’t decided the path forward yet,” he told reporters. “That’s why were having a discussion.”

DeFazio did acknowledge that 30 days is the longest extension Congress could do without adding more funding for the Department of Transportation.

The Senate is in session as well today, although most senators have left town for the weekend. The chamber could pass an extension by voice vote or unanimous consent if the House moves one first.

Several senators said yesterday that a 30-day extension was under discussion, but it would depend on what happens with the House vote on the Senate-passed infrastructure bill.

“We do have to pass that because it’s about jobs,” Rep. Karen Bass (D-Calif.) told reporters today.

As Democrats huddled behind closed doors this morning, members signaled that a quick resolution that would allow the vote on the Senate bill to go forward remained elusive.

Jayapal said she did not expect this morning’s meeting to resolve the underlying dispute over the size of the reconciliation package — which she indicated would have to be determined by talks between Democratic leaders, the White House and Sens. Joe Manchin (D-W.Va.) and Kyrsten Sinema (D-Ariz.). Both senators are opposed to the current $3.5 trillion reconciliation plan, with Manchin offering $1.5 trillion as a starting point (E&E Daily, Oct. 1).

“The resolution is not here in this caucus — the resolution is with two senators, and the rest of the 98% of the Democratic caucus,” Jayapal told reporters. “That’s where the discussion is.”

Democratic leaders have been hoping to strike a deal on a “framework” that would satisfy progressives who fear passage of the Senate bill will scuttle the broader reconciliation push that would include the bulk of climate policies to meet President Biden’s emissions reduction goals.

Ahead of the caucus meeting, Rep. Alexandria Ocasio-Cortez (D-N.Y.) indicated that she would not be satisfied with a framework deal. “We need a vote,” she said.

Echoing a concern among many liberals about the Senate’s bipartisan bill — which contains tens of billion of dollars for climate resiliency and for electric grid upgrades but falls short of progressives’ climate demands — Rep. Jan Schakowsky (D-Ill.) said she would support the measure only to keep the reconciliation discussion going.

“It actually contributes to [warming],” she told reporters. “I’m going to vote for that because we’re going to have a [reconciliation] bill that is robust on the climate crisis.”

Senate Budget Chair Bernie Sanders (I-Vt.) reiterated calls to delay a vote on the Senate bill, writing on Twitter that “the fate of the planet is at stake.”