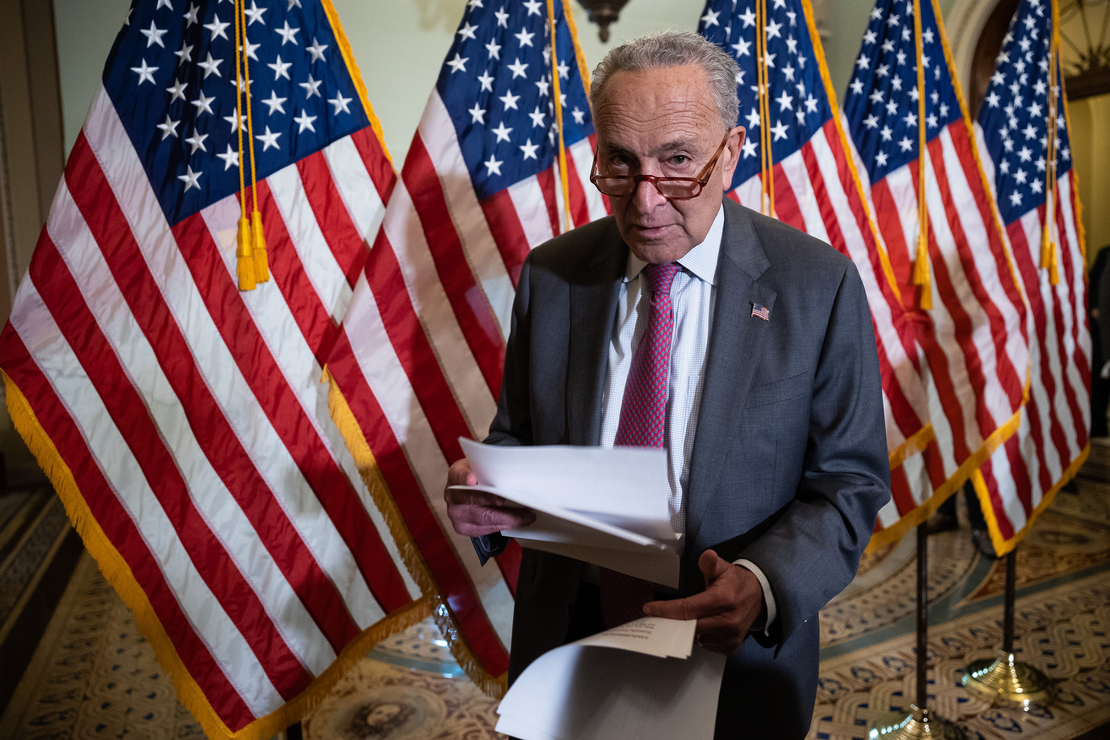 Record gas prices are increasingly raising alarm among Democrats and Republicans as the summer driving season kicks off this weekend, but there is no clear path for bipartisan action to help tame those costs.

Both parties have spent weeks trading blame over who is responsible for high fuel costs that threaten to be a major issue in the midterm elections. Partisan bills have been proposed that won’t pass the Senate, while a compromise on bipartisan Senate energy legislation or a climate-themed reconciliation package remains elusive.

“I think most of the real solutions are hard, and they take time,” said Sen. Martin Heinrich (D-N.M.), an Energy and Natural Resources Committee member, who said those long-term options include fuel switching and reducing demand for energy internationally.

Republicans, meanwhile, have continued a relentless barrage of attacks against Democrats for high energy prices, which they have also morphed into an argument against climate and clean energy policy.

Sen. John Barrasso (R-Wyo.), ranking member of the ENR Committee, yesterday accused President Joe Biden of being “quite unconcerned about the high cost” of energy.

“He’s basically saying, ‘Take your medicine, we’re going to get you off of fossil fuels one way or the other,’” Barrasso told reporters. “We have the energy in the ground in this country.”

Amid that backdrop, the Senate Commerce, Science and Transportation Committee today is expected to advance in a partisan vote legislation, S. 4217, that would expand the Federal Trade Commission’s ability to police fuel markets for alleged price gouging.

Senate Democratic leaders have said they plan a floor vote on the FTC legislation, although it is not expected to come up before Memorial Day recess. And no senators are predicting it can pass in an evenly divided Senate, where 60 votes are needed to advance most bills.

“I can’t imagine a single Republican would vote for it if it got to [the floor], and probably not every Democrat,” said Sen. Kevin Cramer (R-N.D.), who like many GOP members favors increased domestic production and an easing of regulatory rules to bring down prices.

Some House Democrats have questioned whether going after oil companies for price gouging would do much of anything for consumers at the pump, but Sen. Sheldon Whitehouse (D-R.I.) argued any avenue would be beneficial.

“If we said tomorrow, ‘OK, President Biden, we allow you to control the gas prices,’ he could knock a dollar off the price at the pump — a full dollar — and the companies would still be making plenty of money,” Whitehouse said.

“So there’s an enormous amount of excess profit in the system, and that, I think, just as a fact can give you hope that there’s a way to bring some relief to people,” said the Rhode Island Democrat.

“A windfall tax combined with a rebate to consumers would curb big oil’s greed and deliver immediate relief to families struggling with high gas prices,” reads the letter, which claims the largest oil and gas companies made a combined $237 billion in record profits last year.

House Democrats have talked about a gas rebate for several weeks, but there are concerns, especially among moderates, that it would do little to lower prices and might further spike inflation. There would also be resistance from Democrats in oil districts worried about going after larger employers.

One senior House aide, who was granted anonymity to speak candidly, noted, “I think if we were going to do something along those lines, we would have done it last week.”

Meanwhile, ENR Chair Joe Manchin (D-W.Va.) later today is expected to reconvene a group of bipartisan senators who have talked in recent weeks about finding common ground on energy and climate legislation.

Manchin has called for action on climate change, but also earlier this week at a European conference said “you can’t do it by abandoning the fossil fuel industry” (E&E Daily, May 24).

Cramer, who is participating in the talks, said Democrats are “engaged” in bipartisan talks, in part because they realize that the House-backed “Build Back Better” reconciliation bill is “not in the cards.” The sweeping, $1.7 trillion plan would provide hundreds of billion in direct climate spending and clean energy tax breaks to accelerate the transition away from fossil fuels.

Manchin killed that bill in December, and little has happened to advance it in the time since. Many Capitol Hill Democrats had talked about an informal goal of Memorial Day for a deal on a pared-down bill, noting the closer the calendar moves to midterm elections the less likely an accord is to surface.

“What’s going on is a negotiation between the White House, the leader and Chairman Manchin,” added Kaine, who declined to offer any deadline.