Democrats update reconciliation bill as they prepare to vote 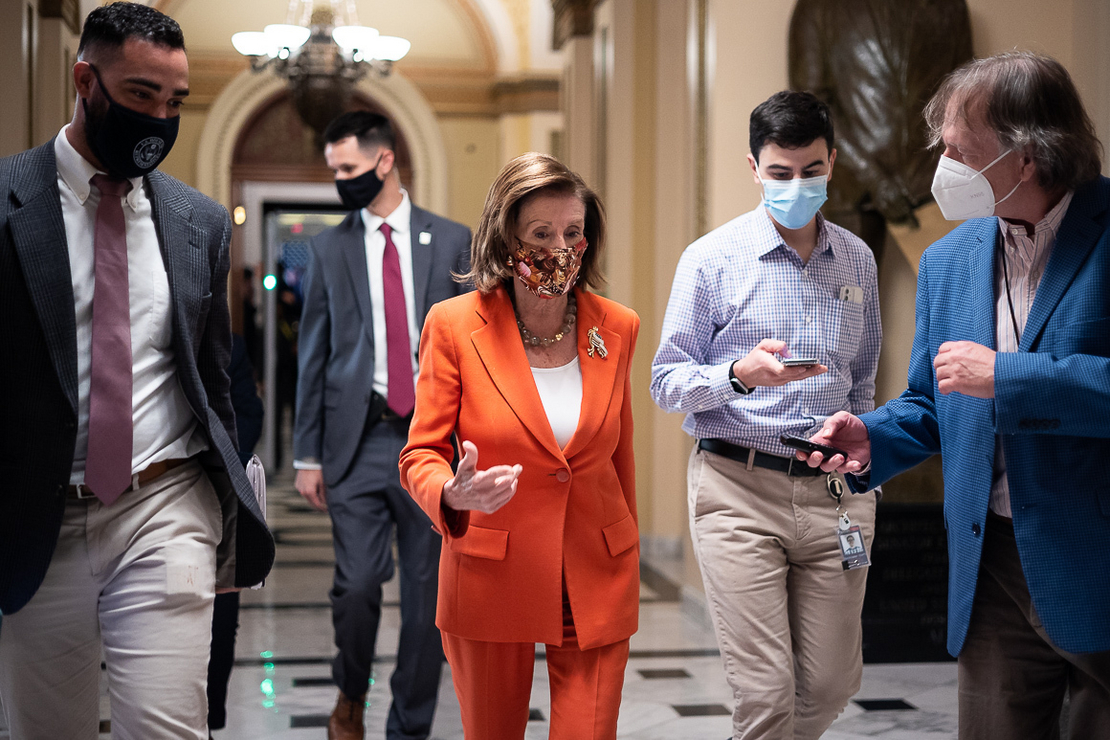 House Democrats offered an updated version of their massive social spending bill yesterday — one that stripped out new royalties for hardrock mining but dared moderates like Sen. Joe Manchin to oppose fees on methane and more than $500 billion in other climate policies.

It marked another significant step forward for a negotiating process that has dragged on for three months, potentially putting the House on track to vote on the package by the end of this week — perhaps as early as today.

The updated bill crystallizes some policies, with many of the climate proposals remaining intact from Democrats’ initial draft. But it leaves others subject to change in the Senate, and at the whim of two moderate Democrats there: West Virginia’s Manchin and Arizona’s Kyrsten Sinema.

“Even for those of us who had a high aspirational tone on this, we were able to get more than I thought we were going to get,” said House Ways and Means Chair Richard Neal (D-Mass.) of the bill’s tax provisions. “What we did for renewables is, of itself, a major achievement.”

Democrats floated the first version of the $1.7 trillion compromise reconciliation package late last week, an effort to show progress amid continued objections from Manchin and Sinema (E&E Daily, Oct. 29). But they haggled for another week, dealing with drug pricing and paid leave policies, as well as concerns about the methane fee.

A new set of royalties on hardrock mining, however, was nixed after objections from Sen. Catherine Cortez Masto (D-Nev.) (E&E Daily, Nov. 3).

A suite of environmental justice grants to be administered by EPA, meanwhile, were set in the amended text to sunset after five years.

Rep. Donald McEachin (D-Va.), who has worked closely on environmental justice issues on Capitol Hill, said this wasn’t a deal-breaker for him.

“I haven’t seen that provision yet, but I can tell you that I suspect that once you get a program like that going, it’s going to be very hard to stop it,” he told E&E News. “I would expect it to be renewed.”

McEachin also shared a sentiment that’s being echoed by many Democrats, including House Energy and Commerce Chair Frank Pallone (D-N.J.), who said that while the final bill will inevitably make some trade-offs, it “accomplishes what we set out to do — meet the Paris [climate] agreement.”

Elsewhere, Democrats may still have some negotiating to do, including over a proposal to reduce methane emissions.

Rep. Henry Cuellar (D-Texas), a moderate in a district filled with energy producers who helped negotiate the compromise, said language still needs to be tweaked to ensure protections for small and independent energy producers.

“What they did on the subsidies was good, but I am trying to still get them to understand what do we do about the small and independent companies,” said Cuellar, noting those firms are worried about the fines that larger companies have told him they could handle in exchange for subsidies.

He said options could include a “longer runway” of a year or two for small and independent producers to meet methane emissions targets, or perhaps raising their limits for allowed methane reductions.

“That’s ridiculous,” said Huffman. “How much more coddling? It’s getting to the point of absurdity. They should take yes for an answer. Some of us will have to hold our nose to even support this, but we will.”

While much of the climate spending would remain, the latest draft does make some key changes on the tax front.

The clean energy tax title would be trimmed by shortening the nuclear production tax credit extension from eight years to six and slimming down energy efficiency incentives. The move made room for an advanced manufacturing investment credit to encourage the production of semiconductors at the behest of Senate Majority Leader Chuck Schumer (D-N.Y.) and Senate Finance Chair Ron Wyden (D-Ore.), according to a source familiar with negotiations.

That source questioned the inclusion of the provision, noting it would come at the expense of carbon emissions reductions. The Senate has also already passed a bill that would steer $52 billion toward semiconductor production.

“Inserting tax incentives for chips at the last minute into the ‘Build Back Better Act,’ at the expense of other climate priorities, is senseless,” the source said. “If we’re relying even more on clean energy tax incentives to deliver on President Biden’s climate ambitions, why are we cutting them back to make room for chips? Chips could move stand alone, with strong bipartisan support tomorrow.”

To help squeeze in new programs, bill writers also whittled down a tax credit that would cover 30 percent of the cost of electric bicycles. The motor-assisted bikes are increasingly seen as climate-friendly substitutes for gasoline-powered automobiles and delivery vehicles (Climatewire, Nov. 3).

In the previous version of the legislation, the subsidy would have maxed out at $1,500 and applied to e-bikes that cost up to $8,000. The latest draft would only provide a credit of up to $900 for e-bike buyers and be limited to vehicles that retail for $4,000 or less.

‘Not quite ready yet’

Democratic leaders have made clear they want to pass the reconciliation bill by the week’s end alongside the $1 trillion bipartisan infrastructure package the Senate advanced over the summer.

There was still uncertainty, however, about whether Democrats will be ready to move on the measures over the next two days.

Failure to meet this newest, self-imposed deadline would stymie Senate Democrats’ hopes of preparing the legislation for consideration on their side of the Capitol starting Nov. 15 — they had been hoping to use next week’s scheduled recess to secure a Congressional Budget Office cost estimate and “scrub” the legislative text of any parliamentary land mines that could complicate passage of the bill through the reconciliation process.

Rep. Stephanie Murphy (D-Fla.), chair of the fiscally conservative Blue Dog Coalition, who on Monday was demanding a CBO score before proceeding with the reconciliation measure, yesterday complained that lawmakers had just been dumped with a new 2,135-word bill that would take a bit of an effort to read and consider.

“We need to have some time to be able to review it,” she told reporters, noting three major substantive changes to the bill — policies dealing with immigration, paid family leave and prescription drug pricing — plus “a swath of additions” from the House Ways and Means Committee.

“There needs to be some level of understanding as to whether or not this bill, as written, can survive the Senate procedural process,” Murphy said. “It is worth the time to … ensure we get it right.”

She again reiterated her preference for the House to finally vote on the bipartisan infrastructure bill on its own and not attempt to rush on reconciliation.

“The infrastructure bill is ready,” Murphy said, whereas the reconciliation bill is “not quite ready yet.”

But even as progressives have softened in many of their previous hard-line stances regarding consideration of the reconciliation bill, one demand they haven’t let drop is that the two pieces of legislation must pass the House in tandem. Chances that they’ll renege on that demand are slim.

“We have always said our strategy has always been we want both bills to pass,” said Congressional Progressive Caucus Whip Ilhan Omar (D-Minn.) this week. “And we will give each bill a ‘yes’ vote if they are moving simultaneously together.”