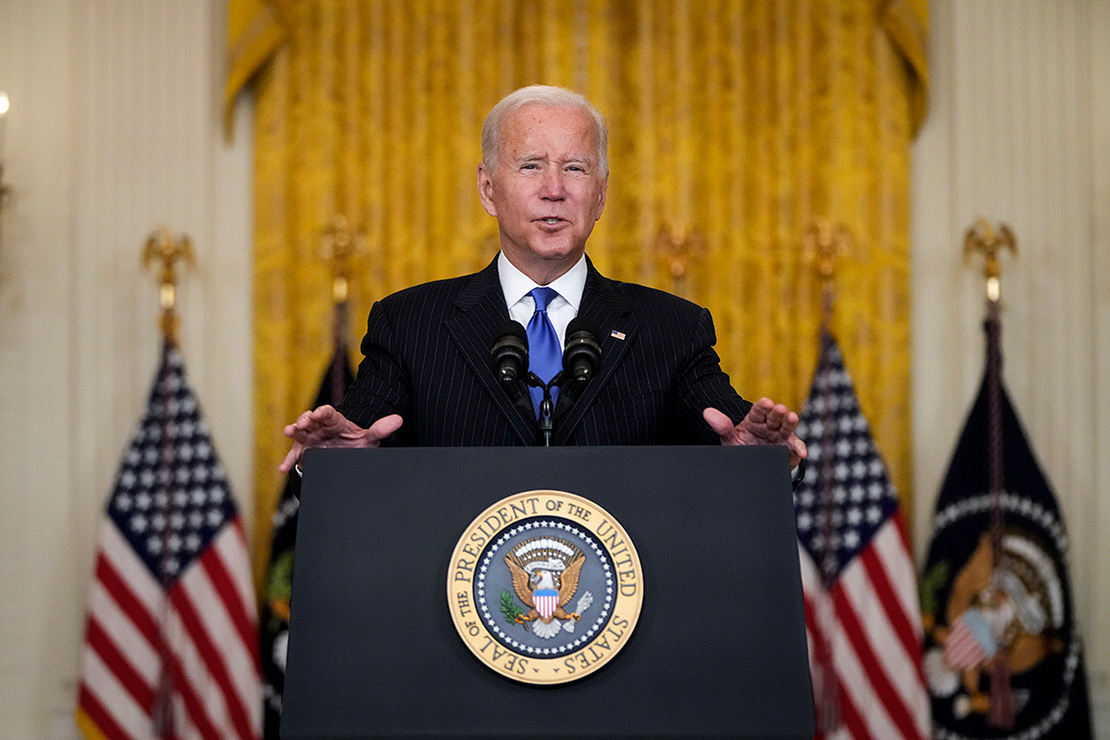 The Biden administration called yesterday for continued use of natural gas, illustrating the challenging political spot facing the White House as it navigates between a global energy crisis, protesters on the left and a push for a major clean energy package on Capitol Hill.

Rising energy demand spurred by the pandemic recovery has sent natural gas and oil prices skyrocketing, raising fears about inflation and energy availability this winter. It’s also proving at least a temporary boom to fossil fuels, including coal, and is fueling Republican attacks as Biden’s efforts to tackle climate change remain at an impasse in Congress.

“The rapid but uneven economic recovery from last year’s Covid-induced recession is putting major strains on parts of today’s energy system, sparking sharp price rises in natural gas, coal and electricity markets,” the International Energy Agency said in a report yesterday, adding that “for all the advances being made by renewables and electric mobility, 2021 is seeing a large rebound in coal and oil use.”

Yet as climate activists protested outside the White House gates yesterday, calling on Biden to end fracking and stop all U.S. fossil fuel exports, White House spokesperson Jen Psaki said there was a “need for the United States to continue to export natural gas.”

Psaki’s comments came as she said Biden has asked his team “to continue to discuss what the options are that we can take to address these shortages.”

She suggested there is a “range of options” the administration can consider but declined to specify any.

The White House has also talked with U.S. oil and gas producers about helping to bring down prices, according to several news reports, but Psaki said she was unaware of any contact with oil and gas companies “around this particular issue.”

Energy Secretary Jennifer Granholm, who was reportedly part of White House talks this week on gas prices, said at a Financial Times virtual event last week that DOE was considering an emergency release from the Strategic Petroleum Reserve and reimposing a crude export ban.

The administration later said the steps were only among potential “tools” available for addressing the price increases. The Energy Department referred questions to the White House.

The White House has limited options to affect energy prices, according to analysts. It has already spoken with members of OPEC about increasing oil production, but the oil cartel has maintained limits on supply since the start of the pandemic.

The more costly energy comes as the U.S. faces rising prices on a bevy of consumer items from bacon to rent, along with supply chain bottlenecks that are slowing the delivery of goods.

It raises the stakes for Biden, who yesterday touted a deal with the Port of Los Angeles to operate around the clock to address the backlog. He said the disruption at U.S. ports illustrates why his infrastructure and climate change package need to be passed.

“We need to take a longer view and invest in building greater resilience to withstand the kinds of shocks we’ve seen over and over, year in and year out, whether it’s the pandemic, extreme weather, climate change, cyberattacks, or other disruptions,” Biden said.

The confluence of kitchen table issues, including high gas prices, have prompted criticism of Biden that some analysts said could stick if prices remain high.

“Supply chain problems, energy price spike, shakiness of certain pockets of post-pandemic economy are a problem,” said Julian Zelizer, a professor of history and public affairs at Princeton University. “Going into the midterms, Democrats want their party feeling good even if odds favor the GOP (historically). Right now people are concerned about their pocket books and these numbers will be problematic for the party of the president.”

“He does not want energy to be affordable,” Rep. Michael Burgess (R-Texas), said this week on Fox News. “The Green New Deal crowd that has his ear right now wants us to get our energy from starlight and the windmills.”

In a note, the Institute for Energy Economics & Financial Analysis said renewable energy isn’t to blame for the current energy crunch, noting that products like computer chips and copper also have seen shortages and price spikes.

The high prices also could provide an opportunity for Biden’s efforts to transition to greener energy, according to some analysts. The IEA report notes that in most markets, solar or wind now represents the cheapest available source of new electricity generation.

“The administration has got to be careful that consumer energy prices don’t get too high as a political matter, of course, that’s true of all administrations,” said Paul Bledsoe, a strategic adviser with the Progressive Policy Institute.

But Bledsoe argued that there are lower cost renewable alternatives at hand, unlike in 2012 when former President Obama faced the threat of rising gas prices as his reelection neared.

“The difference now is that we have low-cost alternatives, both for electricity and for transportation,” he said. “The current high oil and gas prices require the administration to articulate the mid- and long-term costs savings of clean energy more clearly. They have to show that not only will clean energy be better for the climate, it’s going to be cheaper.”

The U.S. Energy Information Administration, meanwhile, said yesterday that it expects U.S. households to spend more money on energy this winter than last, particularly homes that are heated with propane or heating oil. The forecast is based on the agency’s expectations of high retail energy prices, it wrote, noting that “many are already at multi-year highs.” The EIA also noted that many energy prices reached multiyear lows as a result of slumping demand amid the pandemic.