EPA flush with cash as Covid pesticide registrations pile up 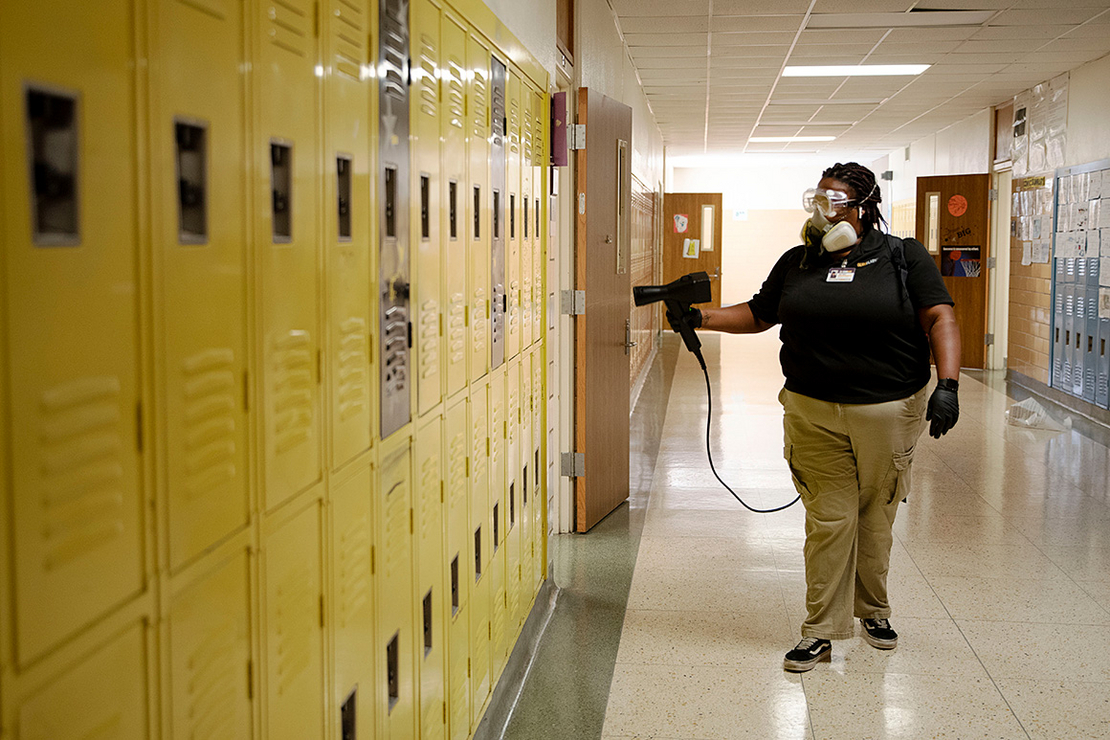 The Covid-19 pandemic has been a windfall for EPA’s Office of Pesticide Programs.

Fee revenue for pesticide registrations — including disinfectants used to ward off Covid-19 — has surged in the past two years, putting the agency on track to potentially exceed the amount of money it’s allowed by law to collect. So EPA is reducing the fees by 8.5 percent for next year.

EPA’s press office declined to comment, but an industry group in touch with the agency said the surge in disinfectants is the main reason for the change and that cutting maintenance fees substantially is unusual if not unprecedented.

The decision raised objections from the Center for Biological Diversity, a environmental group opposed to many uses of chemical pesticides. To the group, EPA’s success in collecting fees illustrates a bigger failure: an agency charged with protecting the environment allows far too many such products to be marketed.

“Reducing pesticide registration fees because so many are being registered, even as pesticides’ role in driving extinctions is becoming clearer, illuminates that our pay-to-play pesticide-approval process is fundamentally broken,” said Lori Ann Burd, the CBD’s environmental health director, in a statement.

She added, “As farmworkers, children and wildlife suffer from exposure to the more than 1 billion pounds of pesticides used every year in this country, the pesticide industry will now get a discounted rate for bringing even more pesticide products to market. It’s absurd.”

Pesticide programs at EPA rely on a few streams of money from registrants and congressional appropriations. The fee in question is a maintenance fee charged to companies that register pesticides, and the total revenue is capped by law at $155 million over five years, or an average of $31 million per year.

So far, the agency has collected $92.6 million in the three years since the pesticide fee law was updated. With more than 500 new products subject to the fee in the past two years, EPA said it needs to reduce the fee to avoid collecting too much.

The agency was under intense pressure early in the pandemic to move disinfectant-related applications through the system, when much of the public’s focus was on cleaning surfaces.

In its budget request for the current fiscal year, EPA noted "incredible pressure" and short time frames for making Covid-19-related disinfectants available, including work by agency lawyers and others "to provide numerous flexibilities to industry and other interested stakeholders in the face of the unique challenges they encounter as a result of the pandemic."

“We need a strong EPA to protect public health and ensure healthy crops," said CropLife President and CEO Chris Novak in a statement.

"Over the past two years, the Office of Pesticide Programs has rightfully focused on anti-microbial pesticides to protect Americans from COVID," Novak said. "This has shifted the traditional balance of user fees for the program."

To environmental groups, EPA’s system of pesticide reviews and approvals is too tilted toward registrants, especially for chemicals used on crops. Today, another group — the Center for Food Safety — said it’s suing EPA over pesticides applied to crop seeds, which aren’t subject to the same type of reviews as those sprayed on fields, for instance.

The seed treatments allow the pesticide — mainly a class called neonicotinoids — to spread throughout the plant, killing insects that feed on it. But that poses a danger to bees and other pollinators, the group said.