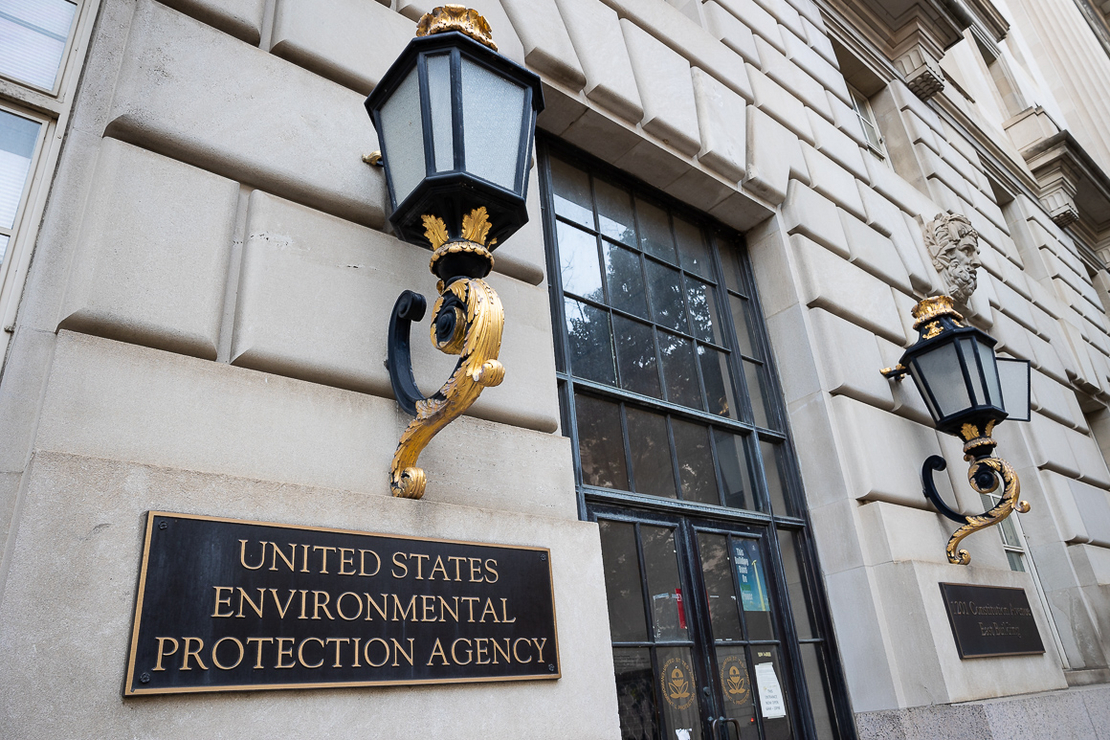 EPA is taking steps to heighten transparency around its review process for new chemicals, amid an outpouring of criticism from advocates and watchdog groups who have called on the Biden administration to prioritize targeting toxic substances.

In an announcement Thursday, the agency said it was launching a redesign for its New Chemicals Review Program, complete with updated metrics and information around the broader process and general trends. Those changes, EPA said, will help make its systems more accessible for both the public and the regulated community “while highlighting the progress the program has made despite ongoing resource challenges.”

The chemicals office presented the move as a broader indicator of its commitment to being forthcoming about its processes after a prolonged period of criticism. Industry members and advocates alike have blasted the agency over its decisionmaking at times, arguing regulators are opaque in their reasoning.

Assistant Administrator for the Office of Chemical Safety and Pollution Prevention Michal Freedhoff sought to address such concerns in a statement announcing the changes.

“EPA is committed to building a culture of transparency and today’s update is a significant step toward improving transparency in our review of new chemicals,” she said.

She added that the overhaul “gives users an extensive look at the new chemical review process and provides a clear snapshot of the progress made by the program’s dedicated career staff to ensure public health and environmental protections.”

Through its new changes, EPA will now display updated month-by-month data on new chemical submissions, along with completed risk assessments and risk management actions. Users will also be able to utilize the website to track monthly progress around the agency’s workload pertaining to the program.

Those new features come at a turbulent time. Of all the programs under the Toxic Substances Control Act, the system for new chemicals has been among the most scrutinized.

Under former President Donald Trump, environment and public health groups repeatedly worried that the program was being used to greenlight chemicals for the market without a thorough review process. That tone has shifted somewhat under President Joe Biden, with industry members now routinely incensed about the program’s long delays and increased willingness to reject chemicals (Greenwire, May 10).

Freedhoff has acknowledged the program’s sluggish pace, attributing it to a major shortfall in funding from Congress coupled with problems created by the prior administration (E&E Daily, June 23).

But those problems have also helped fuel a culture of burnout and a staffing shortage that has fueled discontent from the agency’s scientists (Greenwire, Dec. 23, 2021). Such concerns have also drawn the ire of advocacy and watchdog groups, who worry EPA is failing to protect the public from dangerous substances as it faces internal struggles.

Back in August, EPA previewed that it would be seeking to challenge those narratives, ramping up its scrutiny of new chemicals by dropping exposure modeling thresholds. That move, cheered by advocates, will direct regulators to no longer ignore the impacts associated with small amounts of a substance (Greenwire, Aug. 23). At that time, the chemicals office pledged that the move would not place an additional burden on staff or have a meaningful impact in day-to-day work.

Chemicals in the spotlight

While EPA seeks to pick up the pace on new chemical reviews, the agency is also preparing for one of its most anticipated actions of the year.

Regulators have dwindling time left to release a proposed rule for the two most controversial PFAS in drinking water. Those two per- and polyfluoroalkyl substances, PFOA and PFOS, are likely to be subjected to a low threshold in water systems nationwide, marking the first time in more than 30 years that EPA has regulated a drinking water contaminant.

In the lead-up to that proposal, however, the agency has been rolling out other end-of-year decisions. On Wednesday, regulators finalized a risk determination for perchloroethylene, or PCE, finding that the chemical “presents an unreasonable risk of injury to human health when evaluated under its conditions of use.” PCE, a colorless liquid often used in dry cleaning, now joins a growing list of chemicals set to be subject to a risk management rulemaking.

While EPA seeks to crack down on various contaminants, critics are ramping up their focus on other parts of the government. An analysis released this week by the Environmental Working Group found that more than 600,000 service members at 116 military installations were annually given water containing PFAS. Those numbers have cast more scrutiny on the Department of Defense, which is facing billions in cleanup fees relating to the chemicals.

Also in the line of fire is the Chemical Safety and Hazard Investigation Board, a small and independent agency that has faced an onslaught of staffing and funding woes in recent years. Public safety advocates and industry members alike have expressed concerns in recent months that CSB is unequipped to do its job in investigating the nation’s worst chemical crises. Those fears have become more heightened amid growing awareness around the health risks posed by toxic substances.

But CSB also saw a rare victory this week, with current board member Stephen Owens confirmed as chair and Biden nominee Catherine Sandoval approved to fill a vacant spot atop the agency. With Sandoval’s confirmation, CSB now has three board members out of five, ending a period when the agency had only two (E&E Daily, Dec. 14).

That news won cheers from virtually all corners, along with optimism that chemical safety issues will receive more attention in the year to come. Kimberly Wise White, head of regulatory and scientific affairs for the American Chemistry Council, said in a statement that she hoped the agency would work with industry toward a “common goal” of mitigating risks.

“We strongly encourage the administration and the Senate to fill the remaining open board seats with individuals that have direct experience in chemical facility operations and the knowledge to keep them operating safely,” White said.