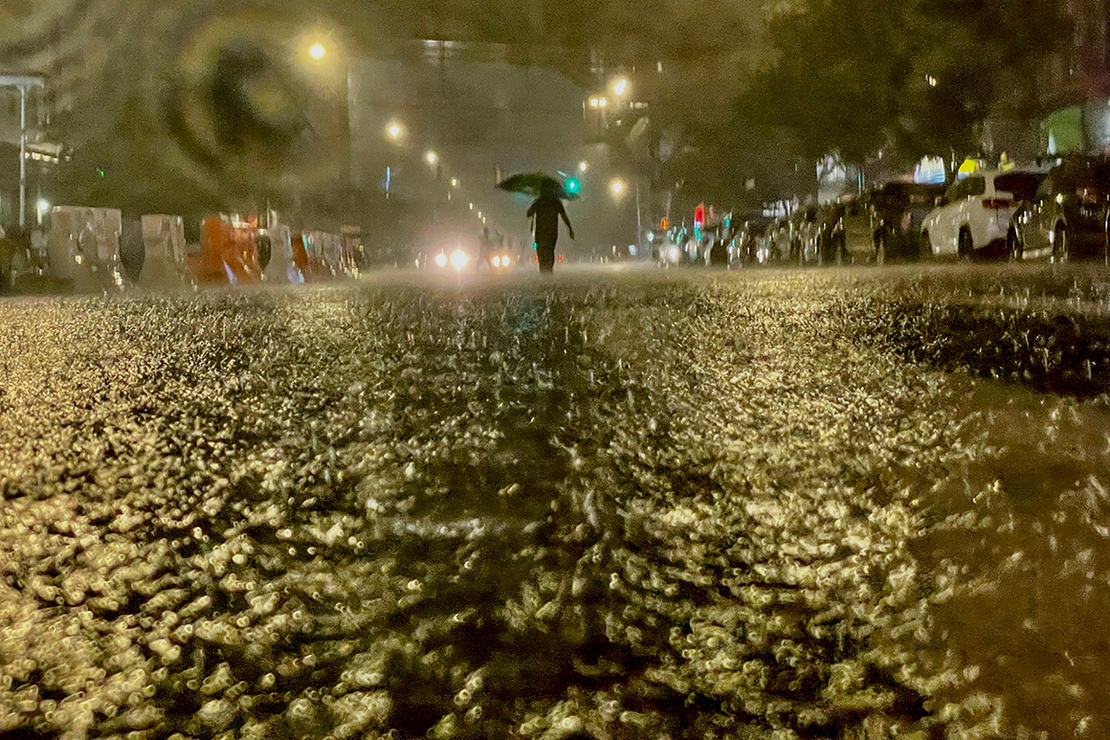 A person walks through the remnants of Hurricane Ida in the Bronx borough of New York City. Eleven people in the city drowned in areas that Federal Emergency Management Agency maps say are low risk. David Dee Delgado/Getty Images

House Democrats scaled back their ambitious plan to give communities a more accurate picture of their inundation risk through improved flood maps. They also trimmed a proposed subsidy program that would help homeowners buy flood insurance.

The "Build Back Better Act," passed by the House on Friday and headed to the Senate, includes far less money for the two flood programs than Democrats had proposed when they drafted the measure in September.

The funding was cut along with other items as Democratic negotiators and the White House slashed the "Build Back Better" legislation from its initial $3 trillion cost to the $1.7 trillion package that the House approved on a partisan vote.

The legislation provides roughly $600 million for the Federal Emergency Management Agency to improve flood maps that are in some cases more than 15 years old and do not reflect a community’s current or future flood risk. The original draft provided $3 billion.

The money would be in addition to Congress’ annual appropriation for updating flood maps. That amount has been $263 million in recent years.

Both items have been priorities for Democrats and environmental advocates as climate change and coastal development increase flood damage through intensifying storms and property growth in flood zones.

Officials and advocates were glad that the flood funding remained part of the legislation, albeit much smaller, and said both items are likely to survive as the Senate modifies the package next month.

“Clearly the nation is in need of better mapping and more updated maps, and the more resources that can go toward that are only going to improve the quality of the product,” said Forbes Tompkins, head of Pew Charitable Trusts’ resilient infrastructure program. “There are still numerous communities that are yet to have [flood] maps or have maps that are outdated.”

FEMA’s flood maps show the areas that are most at risk of being flooded in thousands of communities. They are crucial to helping local officials steer development away from flood-prone areas, but the maps also need constant updating because development changes flood patterns.

A 2012 law required FEMA to incorporate future conditions such as climate change in its flood maps, but the agency has never done so, citing financial restraints.

The added funding for flood mapping is timely because "Build Back Better" and the $1 trillion infrastructure law that President Biden signed last week contain hundreds of billions of dollars for projects that will benefit from a more precise picture of flood risks.

“The flood mapping money was in some ways the most important money to get in there because both bills fund a lot of projects, roads and bridges and housing, and we shouldn’t be doing that without a more sophisticated understanding of where the water is coming,” said a congressional staffer who is involved in negotiating "Build Back Better."

The staffer said both provisions are likely to survive expected attempts by Democratic Sens. Joe Manchin of West Virginia and Kyrsten Sinema of Arizona to reduce the overall cost.

“The flood money is not necessarily what Joe Manchin or Kyrsten Sinema is exercised over, so in that sense, it should be pretty safe,” said the staffer, who spoke on the condition of anonymity to discuss internal negotiations.

The staffer added that in negotiations over the past two months, the extra funding for flood mapping seemed particularly safe from Manchin’s scrutiny because “this is one climate resilience investment that doesn’t necessary hurt the fossil fuel sector.”

FEMA has acknowledged problems with its flood maps, telling lawmakers last year that inaccurate maps “may give a false impression” to people who live outside a FEMA-mapped flood zone that they are safe from flooding.

The Association of State Floodplain Managers said last year that FEMA needs between $3 billion and $12 billion to update its maps.

Separately, the $600 million insurance subsidy would provide “graduated discounts” to low- and moderate-income households to buy flood coverage from FEMA in an effort to address a well-documented affordability problem. Flood insurance is sold separately from homeowners’ insurance and costs roughly $1,100 a year. But many people in flood zones don’t buy the coverage, in part because of the cost.

The $600 million in "Build Back Better" “is not expected to cover nearly the number of policyholders that theoretically would be eligible” for an insurance subsidy, the congressional staffer said. “This will at least get the program up and running.” 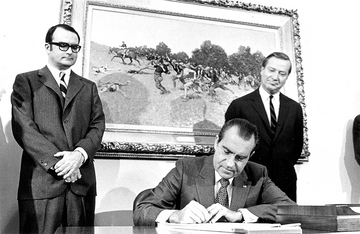