For first time, U.S. fishing law could include climate focus 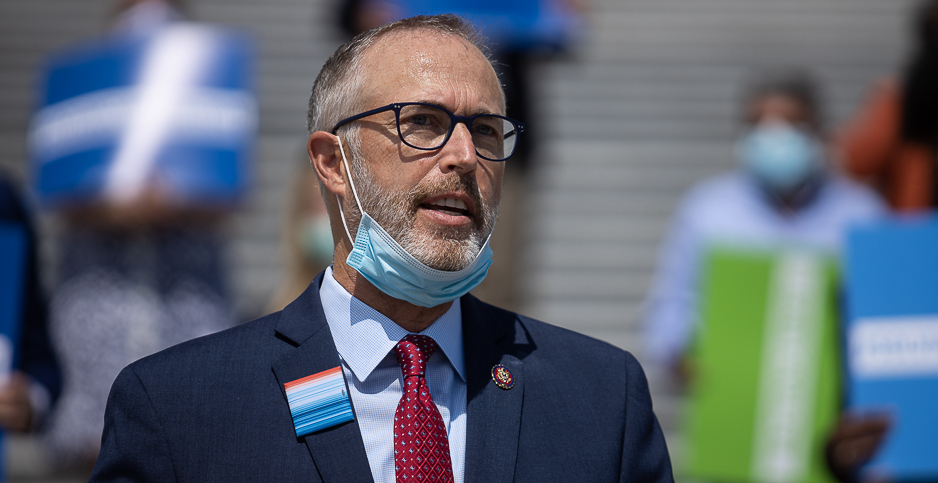 A long-awaited overhaul of the nation’s primary fishing law would require NOAA to devise plans for “climate ready fisheries” to deal with shifting stocks, under a bill expected to be introduced later today.

If approved, it would mark the first time that climate change received a mention in the landmark Magnuson-Stevens Fishery Conservation and Management Act, which Congress first passed in 1976.

The law, which has not been reauthorized since 2006, governs fishing in all federal waters. It would be revamped under legislation sponsored by Rep. Jared Huffman (D-Calif.), the chair of a House subcommittee that oversees fisheries.

Huffman, who conducted a two-year national “listening tour” to collect ideas on how to change the law, plans to introduce his bill this afternoon.

“When Magnuson was written and reauthorized, most, if not all, of the climate impacts that fishery managers are dealing with were not contemplated,” Huffman said in an interview on Friday. “It’s one of the biggest changes.”

Huffman said his bill, called the “Sustaining America’s Fisheries for the Future Act,” will otherwise include no “radical or dramatic changes.”

“We set out to modernize and fine-tune and improve a statute that is universally revered by most stakeholders and experts — it’s not like this is something that was terribly broken,” said Huffman, the chairman of the House Natural Resources Subcommittee on Water, Oceans and Wildlife.

Under Huffman’s bill, a summary of which was released to E&E News, NOAA would be required to come up with “fishery management plans to incorporate climate change by promoting stock resilience, identifying data needs, examining the vulnerability of a fishery and its participants to climate change, and assessing the anticipated impacts of climate change.”

The bill would also add climate change to the list of fisheries research priorities for NOAA and establish a program “to develop innovative tools and approaches to increase the adaptive capacity of fishery management to the impacts of climate change."

Huffman called the measure “my best attempt at a reset,” adding: “And the way to do that, I believe, is through a really ground-up process — that’s why we did a national listening tour, and that’s why we put a huge amount of time in meeting with everyone, literally everyone.”

For years, fishery managers have been scrambling to keep pace with the effects of climate change as fish move to cooler waters (Greenwire, June 4, 2019).

Critics, including many Republican lawmakers and state officials, have criticized NOAA for not adapting quickly enough, arguing that state and regional fishery officials could do a much better job of deciding how many fish should be allowed to get caught.

Huffman said part of the solution would be to get NOAA to improve its science and data to measure fish populations, since fishing debates are too often “driven by speculation that there are actually more fish than NOAA is telling us about.”

Huffman credited the 45-year-old federal law for rebuilding the nation’s fisheries and said that, while states want more flexibility, it’s important not to “pull out too many threads and take us straight back to the dark days of overfishing. “

“That’s the tricky balance we’re trying to strike,” he said. “We do embrace some additional flexibility, but it’s got to be tightly driven by science, and it can’t just be an off-ramp to overfishing.”

In another first, Huffman’s bill would require the federal government to make sure that fishing interests are at the table when offshore wind projects are under review. Huffman said fishing interests have too often been overlooked.

Huffman’s bill also would order NOAA to speed up its process for delivering disaster aid to states and fisheries that now must wait years for a determination.

It would also require a review of existing electronic technology used by NOAA Fisheries and expand NOAA’s sexual harassment policies to include coverage for fishery observers.

Huffman said he wants NOAA to modernize its technology for both monitoring and making stock assessments, saying that more electronic cameras should replace human observers on fishing vessels to determine compliance with federal fishing rules.

“It’s pretty primitive to have to send human beings on boats in every case as part of this process when we have all this technology that can do the job — and it’s pretty hard to sexually harass a camera,” Huffman said.

“This legislation takes a science-based approach and provides new tools that will help us tackle the biggest threats to our nation’s fisheries and the communities that rely on them,” the organizations said in a statement.