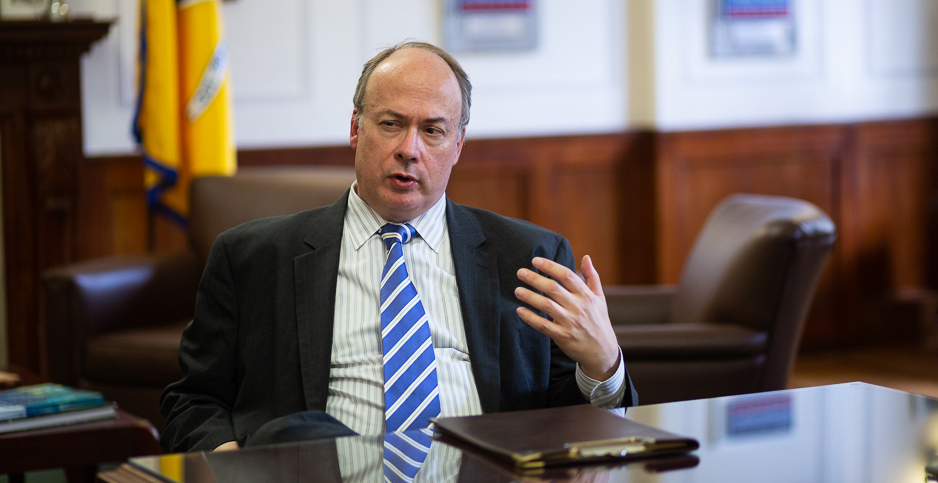 The House select committee investigating the Jan. 6 insurrection on Capitol Hill wants to hear from the former head of the Justice Department’s environment division.

In a letter yesterday, the committee called on Jeffrey Bossert Clark to provide documents and appear for a deposition by Oct. 29.

Clark, the former assistant attorney general for DOJ’s Environment and Natural Resources Division, faces allegations he worked with former President Trump to overturn the results of the 2020 election.

"The Select Committee needs to understand all the details about efforts inside the previous administration to delay the certification of the 2020 election and amplify misinformation about the election results," said committee Chair Bennie Thompson (D-Miss.) in a statement yesterday.

"We need to understand Mr. Clark’s role in these efforts at the Justice Department and learn who was involved across the administration," Thompson said.

According to the report, Clark told Rosen he would decline Trump’s offer to install Clark as acting attorney general if Rosen signed off on letters to Georgia and other swing states that falsely stated DOJ had "taken notice" of election irregularities (Greenwire, Oct. 7).

The plan culminated in a Jan. 3 meeting among Trump, Rosen and other high-level DOJ officials, who told the president that senior department leaders would resign if he continued pushing for the letter. Trump backed down on that issue.

But three days later, on Jan. 6, a mob of Trump supporters stormed the Capitol following a rally with the president in an attempt to stop lawmakers from certifying Biden’s election victory.

"The Select Committee’s investigation has revealed credible evidence that you attempted to involve the Department of Justice in efforts to interrupt the peaceful transfer of power," the committee wrote in its letter to Clark.

The letter also says Clark’s "efforts risked involving the Department of Justice in actions that lacked evidentiary foundation and threatened to subvert the rule of law."

While he was head of DOJ’s environment division, Clark pursued enforcement cases under the Clean Air Act and Clean Water Act and led the defense of Trump-era rules from EPA and other key agencies.

During the last months of the Trump administration, Clark also took over as head of DOJ’s Civil Division. He now serves as chief of litigation and director of strategy at the New Civil Liberties Alliance, a conservative civil rights group.

In addition to the congressional investigations, Clark faces a DOJ probe and ethics complaints before the District of Columbia Bar.

Aside from Clark, the House select committee on the Jan. 6 riot has subpoenaed other Trump allies, including former Trump adviser Stephen Bannon and former White House chief of staff Mark Meadows.

Clark could not be reached for comment on the investigation.