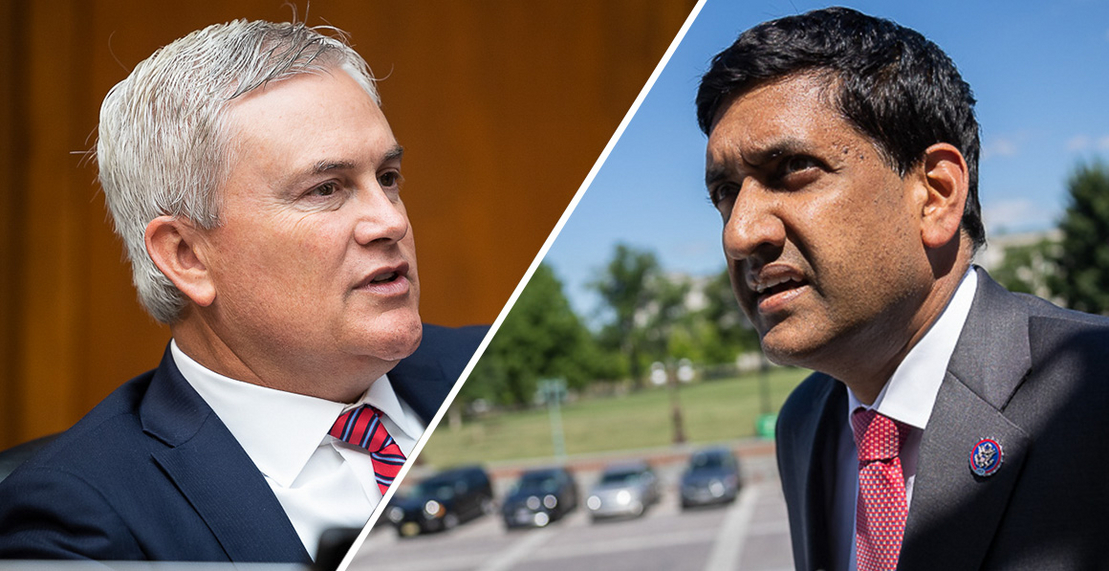 House Oversight and Reform Committee Republicans are questioning why Democrats have not sought more information about an explosive sting tape recorded by an environmental group, an attempt to escalate a fight over the panel’s investigation of Exxon Mobil Corp.

Top Republicans on the panel wrote to the environmental group last week, pushing Greenpeace to release the full video and unedited transcript that it has provided to E&E News and other news organizations (Climatewire, Aug. 17).

“Your decision to not request a complete record of an edited video that served as the impetus of the Committee’s current efforts raises concerns about the Committee’s interest in a full and fair investigation,” they wrote in a letter yesterday to Khanna and Maloney.

Exxon has distanced itself from McCoy’s comments, but they have nonetheless continued to reverberate in recent weeks.

Greenpeace UK did not return a request for comment. Asked about the latest GOP letter, Democrats reupped a statement about their investigation from last week.

“The American people deserve answers about the role these companies played in delaying action to solve the climate crisis,” Maloney and Khanna said in a joint statement. “Some of our colleagues are missing the point and trying to divert attention from these important issues.”

A Democratic staffer also told E&E News earlier this week that they are “in discussions with his counsel to arrange an interview soon."

The goal, according to Khanna and Maloney, is for the interview to precede a landmark public hearing with top executives from major fossil fuel and social media companies. Khanna has repeatedly threatened subpoenas if they do not agree to show up (E&E Daily, July 1).

In the recordings, McCoy spoke candidly about Exxon’s lobbying work to Greenpeace UK activists posing as headhunters. He said the company supports carbon pricing policy because Congress lacks the “political will” to enact it.

McCoy also detailed Exxon’s ties to the Brookings Institution and the Center for Strategic and International Studies, which he claimed the oil and gas giant uses to create a paper trail to support its lobbying work (Climatewire, July 29).

The Climate Leadership Council — which advocates for a carbon fee with support from major companies — suspended Exxon’s membership, and green groups say McCoy largely confirmed what they had suspected about the company for years.

Comer and Norman said they hope Democrats join them in asking for the full unedited transcript and video of the sting “so that Members can understand the full context of the basis of your investigation.”

“Your rejection of this request for information raises questions about the motivation and legitimacy of your inquiries into these matters; what possible reason could there be for Committee Democrats to actively avoid seeking a complete account of a matter they are, with great fanfare, investigating?” they wrote.