How climate damage could break the Glasgow talks 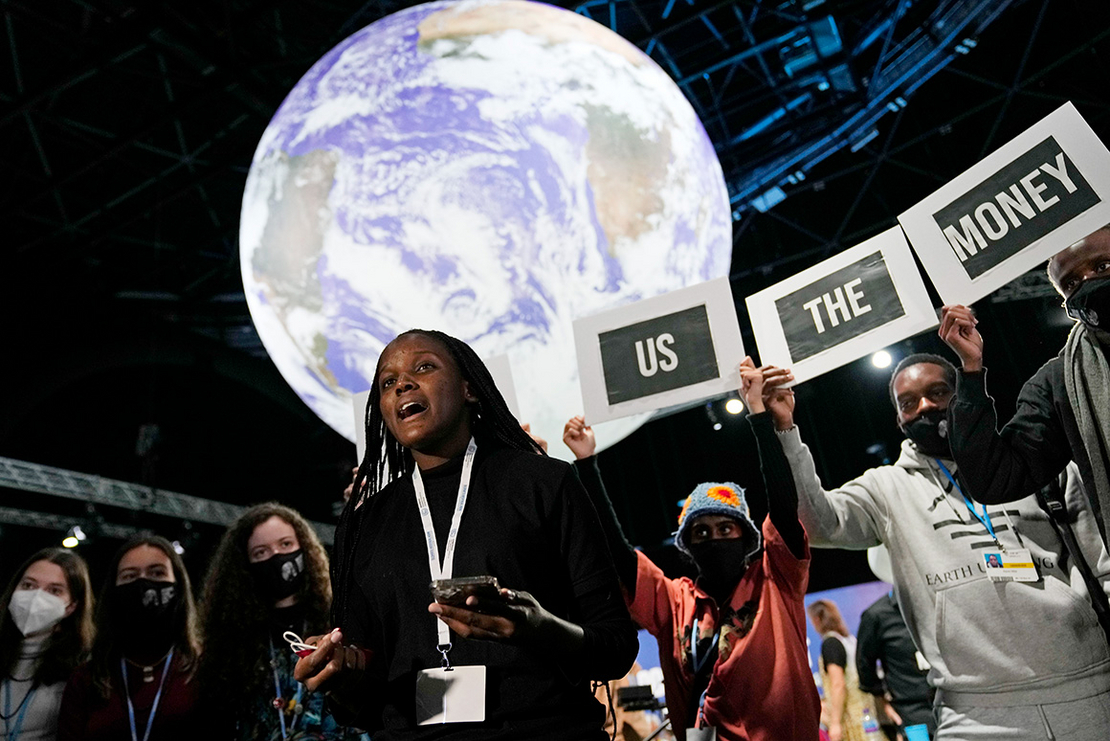 GLASGOW, Scotland — The climate talks have shifted from global pronouncements to technical skirmishes as negotiators work behind the scenes to address dangers faced by millions of people from today’s rising temperatures.

Ministers from almost 200 countries are trying to forge agreement on issues that were too contentious for rank-and-file negotiators to resolve last week.

Many of those topics hinge on money. And the one quickly emerging as key to the success of this year’s Conference of the Parties, or COP, is financing for lives, livelihoods and communities that have been lost or damaged by climate change.

“After 30 years of negotiations, these talks haven’t yet delivered meaningful support, particularly to the climate-vulnerable communities and countries, to be able to deal with the impacts that are already happening,” said Mohamed Adow, director of the energy and climate change think tank Power Shift Africa.

The talks so far have focused on the goal of limiting warming to below 1.5 degrees Celsius, or 2.7 degrees Fahrenheit. But there is no comparable target on how to deal with the inevitable impacts of climate change.

The Paris Agreement did lay out the need for financing for both mitigation and adaptation measures. Mitigation covers things like clean energy development that can help reduce emissions caused by the burning of fossil fuels. Adaptation refers to efforts to help countries respond to rising heat and storm damage and crop losses resulting from global warming.

So far, about 75 percent of climate finance goes toward mitigation

Climate-vulnerable countries are pushing to close that gap in Glasgow.

Delays by wealthy nations to fund mitigation and adaptation measures mean more money is needed now, say officials from developing countries. It also means many nations have to deal with a new issue: paying for what climate change has already taken from them.

That’s a set of issues known as loss and damage.

Bodies working to implement different parts of the Paris Agreement provided an assessment yesterday of progress they’ve made over the past week.

COP President Alok Sharma acknowledged that loss and damage would require additional negotiations. He asked ministers from Luxembourg and Jamaica to work with parties to find an outcome they could agree on.

Loss and damage refers to climate impacts that are irreversible and beyond simple adaptation measures. The fate of Pacific islanders at risk of losing their homes and way of life from rising seas is a prime example, but so is human suffering in parts of Africa from disappearing water resources.

Loss and damage has often been lumped in with adaptation, but developing countries on the front lines of warming say equating the two issues creates competition for insufficient resources to address fundamentally different problems.

Lia Nicholson, lead negotiator for the Alliance of Small Island States and a delegate of Antigua and Barbuda, said during yesterday’s session that the lack of economic aid has “forced islands into unsustainable debt, arresting development and holding us hostage to random acts of charity.”

“Loss and damage must be reflected on the world’s balance sheet,” she said. “Starting now and in the new quantified finance goal.”

Ahmadou Sebory Touré, the lead negotiator for Guinea who spoke on behalf of the Group of 77 and China, called for Glasgow to produce “concrete” action on finance, including separate provisions for adaptation and loss and damage

A series of announcements was released yesterday on adaptation. The U.S., United Kingdom, Canada, Germany and other countries committed $232 million to the Adaptation Fund, a financial instrument to help support adaptation efforts. Last week, the Biden administration said it would put $3 billion toward adaptation finance by 2024. So far, however, only Scotland has pledged a direct contribution to loss and damage of $1.4 million.

But so far, those countries have resisted offering finance for loss and damage.

Much of that stems from a fear of being held liable and asked to compensate climate-vulnerable countries for some of the irreversible impacts of climate change, Adow said.

During the 2015 climate talks in Paris, the United States introduced a paragraph in the final text of the agreement that removed any requirement for reparations and liability on the part of the historical polluters who have contributed most greatly to global warming.

But vulnerable countries are now asking for support, while stopping short of demanding compensation. They’re also hoping for progress based on a statement from the High-Ambition Coalition, which includes the U.S., that agreed to provide resources to support vulnerable countries dealing with loss and damage.

Their next step? Defining whether resources include money and whether they can get that commitment into a final text produced at the end of the Glasgow talks.

“What we need to witness in this COP is a change of mindset,” said Yamide Dagnet, director of climate negotiations at the World Resources Institute. “This fear of compensation and liability does not work anymore.”

That sentiment was echoed by the Alliance of Small Island States. It is calling for a process that would operationalize new financing for loss and damage.

Two years ago, the Santiago Network on Loss and Damage was created to inject additional muscle — and money — into the climate negotiating process. But money has been slow to flow. And when it is available, it is often in the form of commercial loans — and often goes to nations that are considered middle income.

“We must have a decision on loss and damages,” said Milagros De Camps, deputy minister of international cooperation in the Dominican Republic’s environment ministry.

“For us in the Caribbean, we have extreme weather events happening every year. They have been stronger. Our hurricane season this year was unprecedented,” she added. “So we must have this mechanism functional.”

Sharma, the COP president, has set an ambitious schedule for the crucial second week of negotiations, calling for first drafts of the so-called COP decision to be delivered last night with a goal of reaching consensus on Friday.

“My priority now is pace,” he said yesterday. “The science is clear, we have no time to lose, and I will ensure negotiations proceed in a timely manner.”