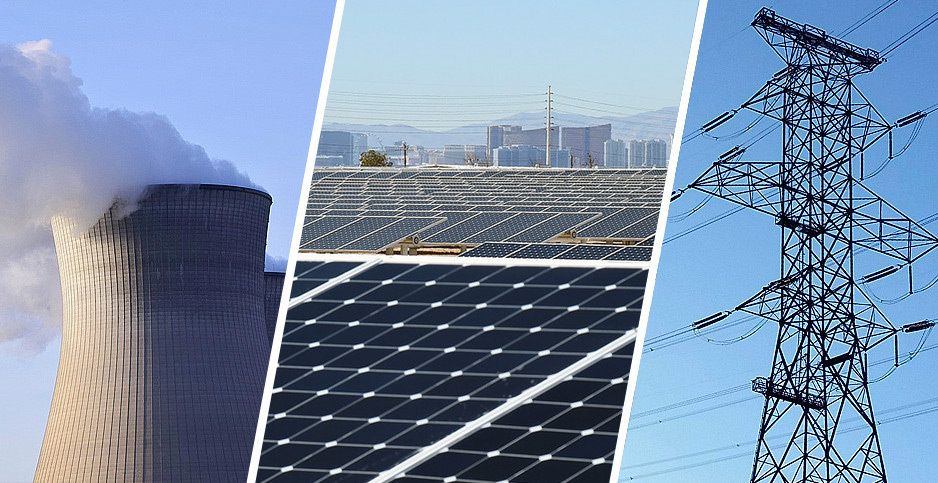 The nation’s utility industry has never seen carrots and sticks the size of the grants and penalties aimed at delivering a zero-carbon grid transformation under congressional Democrats’ proposed Clean Electricity Performance Program.

The CEPP is the key climate provision in President Biden’s embattled $3.5 trillion reconciliation plan, and its fate is unknown. So are its potential costs and benefits across a spectrum of unpredictable utility budgets, electric bills, and jobs added and lost.

To take one example, Florida Power & Light Co. (FPL), the state’s largest utility, could bank a $416 million grant if it met the CEPP goals in 2023, according to a new analysis by the Southern Alliance for Clean Energy.

"Hopefully that’s a big enough carrot to get utilities to accelerate clean energy deployments," said Maggie Shober, SACE director of utility reform. "Each year we break records in wind and solar development. It’s not that utilities are standing still. We’re just asking them to do it faster."

If FPL failed to meet CEPP’s benchmark goal of a 4 percent yearly clean energy increase, it could be hit with an annual penalty averaging $37 million over the decade, according to SACE. And despite FPL’s new “30-by-30” program to install 30 million solar panels in the state by 2030, its planned clean energy additions will only reach a 1.6 percent annual growth rate, well shy of the 4 percent mark, according to SACE, which based its estimates on the company’s published resource plans.

The Energy Department would dole out grants and penalties under the current version of CEPP by reviewing each power company’s output of zero-carbon electricity — wind, solar, nuclear and hydropower leading the list.

FPL, a subsidiary of NextEra Energy Inc., is forecasting a 65 percent increase in its zero-emission energy sources by the end of the decade, compared with 2020 levels, company spokesperson Bill Orlove said in an email to E&E News. This will include solar and battery storage. The company also has proposed a green hydrogen pilot program.

"We are always looking at new technologies and how we can continue to generate and deliver energy that is even cleaner for our customers now and for future generations," said Orlove, noting that he could not comment on the pending federal legislation.

Major utilities across the U.S. have established clean energy and zero-carbon goals — some in response to state mandates, others on their own. The Edison Electric Institute lists 44 major utility companies with clean energy goals, most commonly pledges to cut power plant carbon emissions from starting points between 2000 and 2005. The most challenging goals have a distant deadline — 2045 to 2050.

EEI President Tom Kuhn said earlier this year that the organization, representing investor-owned utilities, supports the CEPP but added, "The details will matter."

White House climate adviser Gina McCarthy made a pitch for the plan yesterday on a call hosted by E2, a business group that advocates for clean energy, saying the CEPP is an approach “that the utility industry wants to see happen.”

She said “every community” would benefit from the plan and said it wasn’t a payment to utilities.

“It’s basically money going to the utility that ends up going to consumers in the way of supporting the kind of energy and clean energy investments we really want to have,” she said.

She acknowledged an “edge” to the plan — penalties for utilities that don’t reach their goals: “Those penalties don’t go to consumers, those penalties actually go to the shareholders of the companies.”

“While utilities across the Southeast are increasing their use of clean electricity to varying degrees, a look at the four major utility holding companies … shows that none are on track to meet the 4 percent per year average increase throughout the 2023-2030 timeframe,” SACE said in its policy blog this week, which focused on FPL, Southern Co., Duke Energy Corp. and the Tennessee Valley Authority.

Annual increases in clean energy output through 2030 varied from a projected 0.2 percent at Duke Energy Carolinas and 0.3 percent at TVA, to 1.5 percent at Southern subsidiary Georgia Power. Performance shortfalls would bring a wide range of penalties, from $13 million annually for Mississippi Power to $223 million for TVA.

Only Georgia Power would see a CEPP grant for its clean energy buildout, according to the analysis, amounting to an average $79 million annual boost. The utility owns a 45.7 percent share of Plant Vogtle, twin 1,100-megawatt nuclear reactors that are scheduled to start producing electricity in 2022 and 2023. Georgia Power also has a significant solar buildout set to come online at that time, according to SACE’s analysis.

Duke Energy Carolinas, by contrast, could expect to face an annual $133 million penalty under the program, SACE said.

Duke Energy Carolinas and TVA are starting with high levels of clean energy relative to their Southeastern peers — around 60 percent. If either of those two power providers met CEPP’s annual target, they would hit the key threshold of 85 percent emissions-free electricity around 2028, SACE said.

“At that point they would no longer be subject to the penalty payments as long as they don’t backslide or decrease the share of clean energy,” the report said.

Still, questions remain over whether TVA would even be subject to the CEPP goals. TVA says it is on track to cut emissions 70 percent by 2030 relative to 2005 levels. But much of the electricity generated by the nation’s largest public power utility doesn’t go directly to homes and businesses — a condition for counting as a “eligible electricity supplier” under CEPP (Energywire, Sept. 17).

A series of studies by university, federal laboratory and think tank researchers have calculated that the daunting clean energy goals pledged by Biden and congressional Democrats can be reached.

A report last year by the Goldman School of Public Policy at the University of California, Berkeley, estimated that creating a 90 percent carbon-free grid by 2035 — including increased electric vehicle charging — would require 1,100 gigawatts of new wind and solar generation, or about 70 gigawatts a year. That would equate to a replacement of the entire U.S. stock of power generation, the report noted.

“Although challenging, a renewable energy buildout of this magnitude is feasible with the right supporting policies in place,” the authors said, noting that construction of new natural gas generation had hit 65 gigawatts in a single year — 2002.

The Energy Information Administration calculates that utility-scale solar generation capacity increased 26 percent from 2019 to 2020, while wind generation grew by 14 percent, both a lot higher than the CEPP goal.

“We do not see how clean energy infrastructure could be built fast enough to enable our members to meet this new compliance obligation,” she said in a letter this month to House Democratic leadership. “Further, given the incredible amount of infrastructure that would need to be built to meet the needs of the entire electric sector, we are concerned about the ability of supply chain manufacturers to build needed equipment to meet this timetable and the ability of our already tight labor force to construct it.”

A review of the CEPP by the Analysis Group this month said that a consistent annual growth rate would allow time for the vast supply chain and labor buildup the policy would require.

"That gives a long runway for businesses and markets to see what’s on the horizon," said Analysis Group Vice President Pavel Darling.

“We haven’t stress-tested [the analysis], but if you continue to increase investment at an annual rate that’s reasonable, you end up adding a lot of resources,” Darling said.

Experts also caution that a transition as monumental as the CEPP proposes creates uncertainties. The "Net Zero America" report by Princeton University researchers late last year charted a series of different investment pathways to push carbon emissions out of the economy by midcentury. But the authors warned that their computer models represent “a highly idealized representation" of real-world conditions.

“The investor’s world is characterized by deep uncertainty around future technology costs and performance, policy priorities of future governments,” funding choices and public responses, the report said, foreshadowing the current political turmoil over the CEPP’s fate.