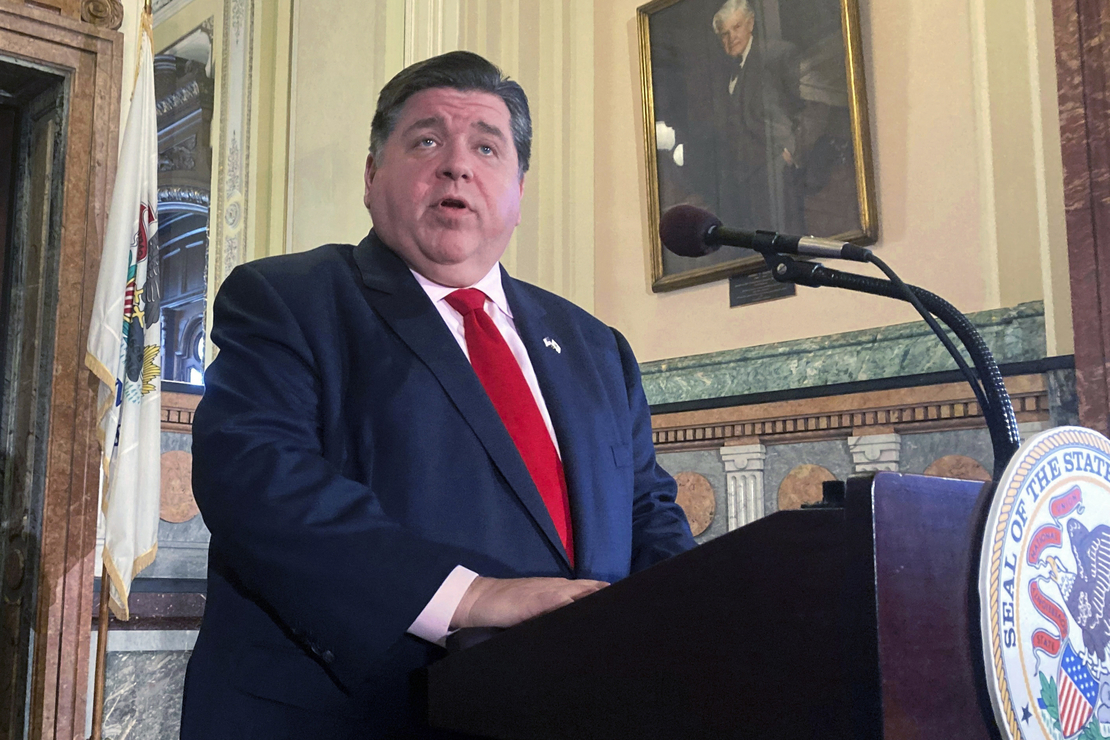 Years of lobbying and debate over Illinois’ energy future culminated a year ago when Gov. J.B. Pritzker (D) signed the Climate and Equitable Jobs Act, making the state the first in the Midwest to put into law a 100 percent carbon-free electricity goal.

The bill signing outside of Chicago’s Shedd Aquarium was celebrated as crossing the finish of a political marathon. In truth, the moment also marked the start of longer and more grueling race — implementing the ambitious new law.

Transitioning to a carbon-free electric grid by 2045 is no small task. And no state should better understand that setting energy goals and achieving them aren’t the same. In 2007, Illinois adopted a law to get 25 percent of its electricity from renewables by 2025. As of last year, it was at 10 percent.

Building a carbon-free grid comes with an array of dizzying technical and policy challenges and unanswered questions — some of which were identified in a draft report prepared last month for the Illinois Commerce Commission.

Central to the challenge is a question that the commission staff and consultants Brattle Group and Great Lakes Engineering tried to answer in a 72-page Renewable Energy Access Plan: How much new renewable energy will be required to supply 100 percent of the state’s needs?

The question seems simple and straightforward. The answer isn’t.

According to the report, Illinois will need between 64 and 450 terawatt-hours — a huge range of estimates.

The low end would require the state to triple the amount of renewable energy used last year. The upper end represents a twentyfold increase and would exponentially complicate related challenges with project siting, connecting renewables to the grid and transmission.

Two big wildcards explain the gaping range of how much renewable energy will be needed, according to the draft plan.

One is uncertainty over the pace of transportation and building electrification, which could drive electricity demand much higher. The other involves the lifespan of Illinois’ nuclear fleet — the largest of any state.

Nuclear energy was about half of the state’s total electricity supply last year and 86 percent of its existing carbon-free power. All the nuclear plants’ licenses expire by 2047 unless owner Constellation Energy Corp. seeks to renew them for an additional 20 years — something the company has expressed interest in.

David Kolata, executive director of the Citizens Utility Board, a Chicago-based consumer group, views the nuclear fleet not as an uncertainty but as an advantage for the state in pursuing climate goals.

“We’re absolutely in the best position to do this affordably,” said Kolata, who helped negotiate the Illinois climate law on behalf of a coalition that consisted mainly of environmental groups.

“Yes, you could theoretically replace the nuclear plants with renewables. Can you practically and cost effectively do that? I don’t think so,” he said.

“This shouldn’t be misinterpreted in any way as saying we need to provide a blank check to the nuclear plants,” Kolata added. “But that is a key asset and the fact that we have so much that we’re building on a baseline of quite a bit of carbon free electricity, that’s a structural advantage for the state.”

There’s no immediate threat to Illinois’ six nuclear plants, which are poised to benefit from nuclear tax credits in the federal Inflation Reduction Act signed by President Joe Biden this year. In addition, four of the plants have policy support at the state level as a backup.

But both federal and state nuclear supports are limited in duration. The nuclear provisions in the IRA sunset in 2032 and Illinois aid expires in 2027.

Constellation Energy Corp., the Exelon Corp. spinoff that owns and operates the Illinois nuclear plants, said it is encouraged by the message sent by the provisions in Illinois’ law and the IRA — and what that means for nuclear energy’s role in the future.

The federal law in particular can “pave the way for Constellation to pursue 20-year license extensions across our fleet,” the company said in an emailed statement.

Baltimore-based Constellation has stopped short of committing to pursue extending the lives any of the Illinois plants by seeking a new 20-year operating license extension, however.

There’s plenty of time for Constellation and other parties in Illinois to evaluate the need for continued operation of all of the nuclear plants, the first of which — the 1,080-megawatt Clinton plant — will reach the end of its current 40-year operating license in 2027.

Other Constellation nuclear plants in Illinois have operating licenses extending from 2029 through 2047.

Mike Jacobs, a senior energy analyst at the Union of Concerned Scientists, said Illinois can’t get too bogged down in the scale of the job at hand or the fate of the nuclear fleet. The state needs to instead focus on what it can do today, he said.

“I don’t want to see the process get hung up on, ‘How big is the number?’” Jacobs said in an interview.

“I don’t want to see the process get hung up on, ‘How big is the number?’”

Ultimately, the number of megawatts of renewable energy needed “doesn’t really change what needs to be done in the first 10 to 15 years,” he said.

That is get renewable energy deployed and transmission built to connect it to the regional grid.

The draft plan makes something else clear about achieving a carbon-free electric grid: Illinois can’t do it alone.

The state needs help from the region’s grid operators — PJM Interconnection LLC and the Midcontinent Independent System Operator. They must approve of plugging new generators, such as wind and solar projects, into the grid and oversee planning of new transmission lines.

Interconnecting generators and planning and figuring out how to allocate cost for intrastate transmission are both complex problems subject to overhauls recently proposed by the Federal Energy Regulatory Commission.

There, too, Jacobs said Illinois shouldn’t get hung up on what it can’t control.

The Illinois Commerce Commission, which is required by last year’s climate law to review the renewable energy access plan and to open an investigation, can’t single-handedly get new regional transmission projects built.

But it can push utilities it regulates, particularly Commonwealth Edison in PJM’s region, to build in-state lines known as “supplemental projects” for the purpose of connecting new renewables.

‘No tool should be left behind’

More in-state lines to connect wind and solar projects could be especially important as Illinois is looking to a process that Texas pioneered years ago when the Lone Star State designated renewable energy zones — specific areas in West Texas and the Panhandle with the best wind resources.

Illinois is looking to designate certain parts of the state that have high renewable potential and will require some new transmission projects.

“It’s a far shorter path available to Illinois,” Jacobs said. “In this situation, no tool should be left behind.”

Of course, the state will still require help from regional grid operators to help it achieve a carbon-free grid.

Unlike California or New York, each of which have their own grid operators, Illinois is part of two regional grids, each of which spans more than a dozen states, each with their own energy policies and politics.

For all the technical and policy questions that go with trying to overhaul a state’s electric mix, Illinois isn’t alone.

More than a dozen states have goals for 100 percent renewable or carbon-free electric grids. And while each faces unique issues in achieving them, there are also shared challenges they can work together to overcome.

The Clean Energy States Alliance, a nonprofit formed to help implement clean energy programs and policies, created an initiative that brings together states with 100 percent clean energy goals to talk to each other and share best practices.

“We started at the request of states, who came to us and said: ‘Can you put together an initiative like this? Because we know we all have these goals, and it doesn’t make sense for us to operate in isolation. It doesn’t make sense for us to be reinventing the wheel. We need to exchange information among each other,’” Warren Leon, the alliance’s executive director, said in an interview.

While it can seem daunting for Illinois as it faces trying to wean itself off fossil fuels entirely, maintaining reliability, keeping costs as low as possible all at the same time, the prospect for accomplishing the goal is much better than would have seemed possible even a decade ago, Leon said.

“It’s easier to identify the challenges, then it is the unexpected technological and economic improvements that will come down the road in the future that we aren’t necessarily predicting at the moment,” he said.