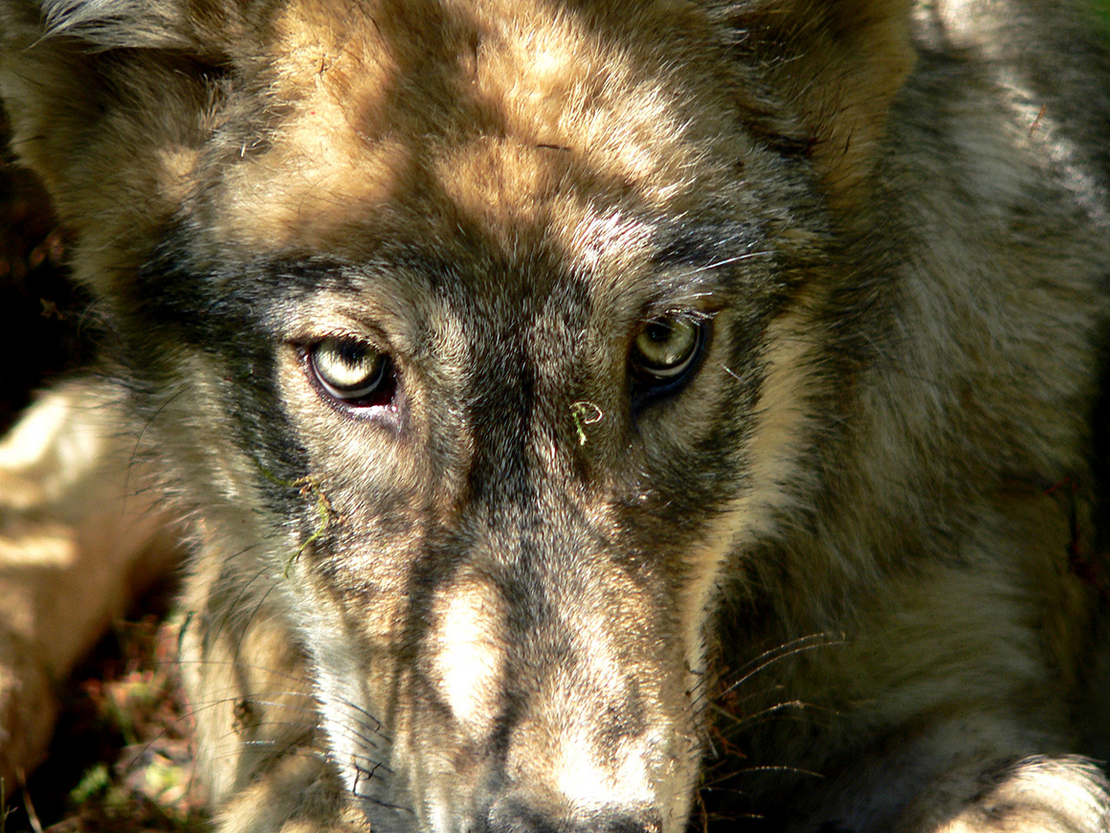 A gray wolf pup from the Calder Mountain pack along the Montana and Idaho borders west of Troy, Mont., is shown in a 2005 file photo. Kent Lauden/Montana Department of Fish, Wildlife & Parks/AP Photo

Indigenous activists will be in D.C. this week to urge Interior Department officials to take emergency steps to quickly restore federal protections for some gray wolves, arguing the issue is a matter of culture to Native American tribes.

Rain, a filmmaker and executive director of the Global Indigenous Council, told E&E News that he and five other activists have been advised they can expect a “minimum” of 60 minutes in their Interior meeting on Friday morning.

“We must not let state, provincial, and federal governments continue to define issues as ‘environmental’ or ‘wildlife’ when they are cultural,” Rain said in an email today. “These are social justice issues. What is happening to the wolf is a social justice issue for tribal people.”

The group has secured face time with Assistant Interior Secretary for Indian Affairs Bryan Newland, but specific Endangered Species Act decisions —already in the pipeline at the Fish and Wildlife Service — are likely to take awhile.

The meeting participants, including William Snell, executive director of the Rocky Mountain Tribal Leaders Council, and Tehassi Hill, chair of the Oneida Nation in Wisconsin, will be urging Interior officials to relist the gray wolf under the ESA.

Their pitch will also include a request that Interior Secretary Deb Haaland, with whom they also hope to meet, will “implement an emergency ESA relisting” of the wolf’s Northern Rocky Mountains distinct population segment.

“The wolf has a vital role in so many of our cultures, in our clans, our songs, our ceremonies. Yet, our voices are ignored,” Casey Camp-Horinek, an actor and elder of the Ponca Nation, told E&E News today.

“Who can’t see this decimation of the wolf as part of the continuing war on Indigenous cultures?”

Haaland, the first Native American head of the Interior Department, has previously stressed that the politically fraught gray wolf decisions will be carefully made and neutrally applied.

“I will follow the science and the law on listing decisions, and work with farmers, ranchers, states and tribes,” Haaland told lawmakers at her Senate confirmation hearing, adding that she would “commit to getting more fully informed on matters related to the gray wolf and the ESA.”
All of which will take more time.

Last month, the Fish and Wildlife Service said enough evidence existed to warrant a full-bore study of whether the gray wolf needs to be relisted. These status studies typically take about 12 months (Greenwire, Sept. 16).

An “emergency” listing, as has been suggested by activists, could be tricky.

“As of October 2020, no species had been relisted on an emergency basis under this authority,” the CRS noted.

The current status review was prompted by two petitions proposing to list the gray wolf’s Northern Rocky Mountain distinct population segment (DPS) or a new western DPS as a threatened or endangered species.

In 2019, the Fish and Wildlife Service proposed delisting the species, first identified as endangered decades ago, after concluding that the population in the Lower 48 had rebounded (Greenwire, July 16, 2019).

Gray wolves in the Northern Rocky Mountains, including Montana, Idaho, and eastern portions of Oregon and Washington, were previously delisted in 2009. The broader delisting for the Lower 48 was made final last year and took effect Jan. 4.

Both petitions also proposed an alternative to include all, or part, of the Northern Rocky Mountain DPS states along with California, Colorado, Nevada and, in one petition, northern Arizona.

The Fish and Wildlife Service said that “the petitioners present credible and substantial information that human-caused mortality may be a potential threat to the species in Idaho and Montana.”