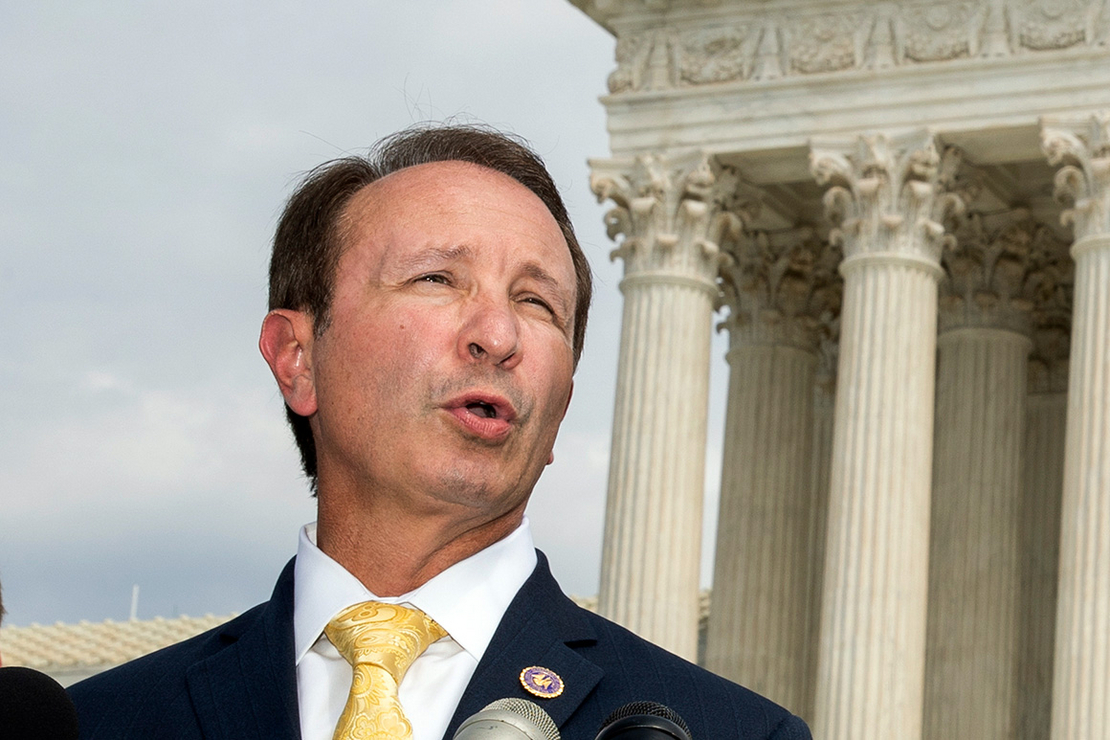 During a hearing, Judge James Cain Jr. of the U.S. District Court for the Western District of Louisiana questioned whether President Biden had overstepped legislative and constitutional authority in instructing federal agencies to apply an interim value for the social cost of carbon.

"I think there is a big separation of powers issue here that nobody is really talking about," said Cain.

The social cost of carbon puts a dollar value on the release of 1 metric ton of carbon dioxide and is used as part of federal agencies’ cost-benefit analyses for major rules. A higher estimate of the cost of releasing heat-trapping gases helps agency decisionmakers make a stronger case for stricter climate regulations.

Cain, a Trump nominee, compared the metric to applying a carbon tax.

"Where is the statutory authority from Congress to do this?" he asked. "Because I think anything like that — I think it’s in the Constitution that only Congress can impose a tax."

Yesterday’s hearing stemmed from a challenge by 10 Republican state attorneys general, led by Jeff Landry of Louisiana, urging the court to block the Biden administration’s interim social cost of carbon, which is $51 per metric ton of emissions.

The states argued that the Biden administration had improperly mandated the use of the interim metric within federal agencies through an executive order without first undergoing a legally required notice and comment period.

The Biden administration has previously projected that an interagency working group would finalize an updated social cost of carbon value in January 2022, though government attorneys acknowledged that that timeline could change.

Attorneys for the state challengers pushed for the court to rule on the interim value now, but Cain asked whether it would make sense to wait until the interagency working group finalizes the metric next year. That way, he said, challengers could execute "surgical" legal fights over rules that apply the new social cost of carbon.

Such a decision would follow in the footsteps of another ruling stemming from a social cost of carbon lawsuit brought by 13 Republican state attorneys general in the U.S. District Court for the Eastern District of Missouri.

Judge Audrey Fleissig had tossed the case after she found that the challenge was premature. The judge, an Obama appointee, instead urged the state challengers to return to the court with a new lawsuit once the social cost of carbon had been applied in rulemaking.

Her ruling is currently before the 8th U.S. Circuit Court of Appeals (Greenwire, Sept. 2).

Fleissig did a good analysis, Cain said, but "the can was just kicked down the road a little bit."

Scott St. John, Louisiana’s deputy solicitor general, who represented the Republican states, suggested that the application of the social cost of carbon raised the major questions doctrine, which finds that courts should not defer to agency discretion on interpretations of law on issues with "vast economic or political significance."

Applying the social cost of carbon was a direct attack on the energy industry and would impose new costs on the American public, he said.

"The question is, can the administration, and the president by fiat, remake the economy?" St. John asked. "Agencies have in many cases discretion in how to regulate, and whether to regulate, but there are bounds on that discretion."

Justice Department attorneys countered that the social cost of carbon was nowhere near as central to agency decisionmaking as the Republican-led states suggested.

They maintained that federal agencies still have discretion in incorporating the metric based on their governing laws. They said the president had only required the use of the interim social cost of carbon in analyses of rules sent to the White House Office of Management and Budget.

"It does not mean interim estimates will be relied on in any particular rule," said Stephen Pezzi, a DOJ attorney.

He noted that the Republican-led states are free to raise challenges to individual rules that rely on the interim social cost of carbon.

Agencies are using the metric in regulatory impact analyses that examine the possible effects of federal rules, added Cody Knapp, another DOJ attorney.

"I don’t think the interim estimates are some break from the past," Knapp said.

But federal agencies also use the social cost of carbon in environmental analyses, which can affect whether a project like a highway expansion can move forward, said Cain.

"Decisions are made based on the environmental impact studies," he said.

Cain also questioned the Biden administration’s rationale for raising the social cost of carbon from $1 per metric ton, which was the value adopted by the Trump administration.

While the Biden team’s interim social of carbon is a significant increase from the Trump-era estimate, the metric is on par with the value used under former President Obama, when adjusted for inflation.

Cain asked whether the Biden administration had erred in including global emissions as part of the metric. By contrast, the Trump administration’s value was based only on domestic emissions.

The judge asked where the Biden team had obtained data about emissions from other countries and suggested establishing an international treaty "so everyone follows the same rules."

"That is the only way you could do global effect," he said. "I really have a problem with the whole global part of it."