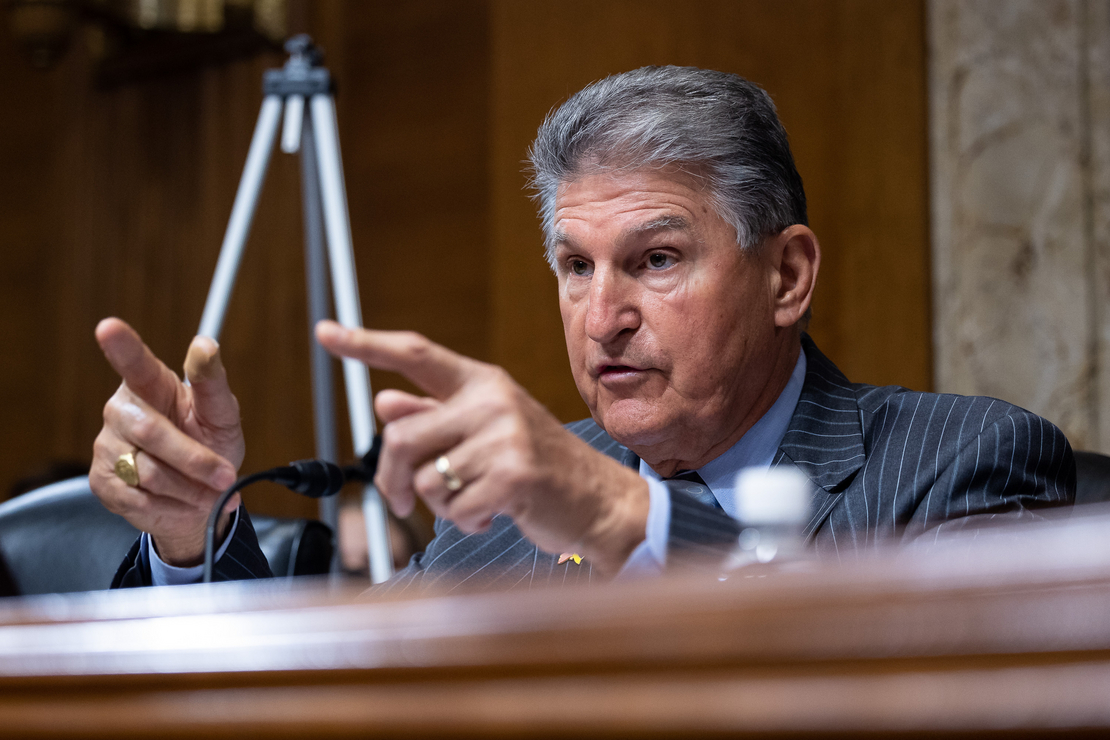 Manchin’s push has the potential to help create a lucrative new market for discarded coal piles found at abandoned mines in West Virginia — the same coal that has earned him millions of dollars over three decades.

In recent weeks, the West Virginia Democrat has held hearings about critical minerals like manganese and nickel as chair of the Senate Energy and Natural Resources Committee. He and other lawmakers also urged President Joe Biden to invoke a wartime law to subsidize new mineral projects.

Those efforts have also boosted a promising enterprise for the waste coal industry: removing valuable minerals from the toxic byproducts left over from more than a century of mining. It’s a business that could prove to be a boon for his home state, which has some of the largest deposits of mine waste in the country.

Manchin’s advocacy around mining has been embraced by the industry. He has brought in more campaign contributions from the mining industry than any other senator in this election cycle.

New technology and scientific advances have shown that rare earth elements and minerals essential for batteries — cobalt, nickel and manganese — can be recycled from acid mine drainage and coal waste left behind at former mine sites. Manchin hopes these recycled minerals can be used in lithium-ion batteries and other clean energy technology, and break the United States’ reliance on China for such materials.

“Companies must commit to building partnerships with domestic producers and material processors,” Manchin said yesterday at a hearing he chaired on minerals. “Recycling provides a tremendous opportunity to avoid outsourcing the raw supply of critical minerals we need while creating new economic opportunities right here at home.”

For years, Manchin has worked to create a hub for mine waste recycling in West Virginia. He tucked a provision into last year’s $1.2 trillion bipartisan infrastructure bill requiring the Department of Energy to create a commercial hub for recycling rare earth elements from mine waste.

While the location of the $140 million facility hasn’t been announced yet, the type of work it would do is already happening at DOE’s National Energy Technology Laboratory in Morgantown, W.Va.

The funding would “create a demonstration facility for rare earth element extraction, separation and refining that could create a supply chain for commercial commodities and national defense industries as well as for clean energy technologies,” according to DOE.

Manchin’s family business, Enersystems, has made millions of dollars transporting waste coal from a shuttered mine site outside Morgantown to a small power plant named Grant Town, the only generating facility in West Virginia that burns discarded coal called gob. The DOE lab is about 20 miles away.

Manchin made almost $500,000 from Enersystems last year, and his share in the company is valued at up to $5 million, according to Senate financial disclosure records. The senator has said the company is in a blind trust and is operated by his son, Joseph Manchin IV.

There is no indication that the senator could financially benefit by advocating for the emergence of a minerals recycling industry.

But some ethics experts question whether Manchin is creating a conflict of interest by using his chairmanship to promote an industry that might be related to his family business.

Richard Painter, chief White House ethics lawyer in the George W. Bush administration, said Manchin “lacks credibility into any of these interests involving the coal industry so long as he has substantial investments in coal.”

“He does have a conflict-of-interest problem, and it’s quite severe: Every time he gets into coal, he’s also shilling in his own economic interest,” Painter said. “Whether or not it’s in the interest of West Virginians, I don’t know. Just because coal is a big industry down there now, it doesn’t mean he’s advocating for what’s in the interest of people in West Virginia.”

A spokesperson for Manchin, Sam Runyon, dismissed those claims.

“As West Virginia’s senior Senator and Chair of the Senate Energy and Natural Resources Committee, Senator Manchin will continue fighting to ensure West Virginia is equipped to supply the critical resources America depends on just as they always have,” she said in a statement.

After Manchin took the helm of the Energy and Natural Resources Committee in 2021, his contributions from the mining industry shot up considerably. It is not unusual for Senate committee chairs to see a boost in donations after taking their leadership positions.

But Manchin wasn’t always among the top recipients of mining industry donations. OpenSecrets ranked him No. 10 in the Senate for mining donations in the 2018 cycle, his last election year, and he wasn’t in the top 20 in 2020.

His funders in recent years include the political action committees of Arch Resources Inc., which donated $3,500; the National Mining Association, which donated $6,000; Rio Tinto Group, with $2,500; and Consol Energy Inc., which contributed $5,000, according to Federal Election Commission records.

Manchin also accepted a pair of $2,500 contributions last year from Kelly Osborne and Julie Padilla, the leaders of Twin Metals Minnesota, which proposed a copper sulfide mine in Minnesota for which the Biden administration canceled permits in January.

Also in attendance at the hearing was Paul Ziemkiewicz, director of the West Virginia Water Research Institute. Ziemkiewicz is researching how to extract rare earth minerals from toxic coal byproducts.

There are only a handful of U.S. sites that produce minerals required for making electric car batteries, solar panels and a range of other products that could help pivot the nation away from burning fossil fuels. Many of these minerals currently are mined or processed in China, posing what Manchin has called a national security risk.

As the U.S. coal industry plummeted during the Obama administration, its allies sought more government funding to research the commercial viability of rare earth extraction from coal.

Language tucked into a 2013 spending bill provided $15 million to the Energy Department to assess the feasibility of removing rare earth elements from coal and coal byproducts. The provision was authored by then-House Appropriations Chair Hal Rogers (R-Ky.), who considered himself a champion for coal companies.

This funding may have been essential for building the future of extracting critical minerals from coal. Not only was the study completed in 2017 but, in the process, DOE funded research at universities across the country into science that could one day turn the most toxic aspects of coal into a building block for renewable energy.

One of those research projects has been helmed by Ziemkiewicz’s Water Research Institute at West Virginia University in Morgantown.

Researchers at WVU, who are funded by DOE, claim to have developed the first commercially viable technology to extract rare earths from acid mine drainage, which is toxic reddish runoff that can occur when coal and water mix. Acid mine drainage has also been found to be released from coal waste.

Last week, Manchin held a hearing in his committee on the availability of critical minerals and invited Ziemkiewicz, whom he called “Dr. Z.” During the hearing, Manchin addressed how companies could profit from extracting rare earths from coal.

“We’ve been in a lot of discussions; this is something that could be unbelievable,” Manchin said, claiming he understood “the whole business chain of this thing.”

At one point, he asked Ziemkiewicz of his technology, “This is the quickest way for us to get in the business?”