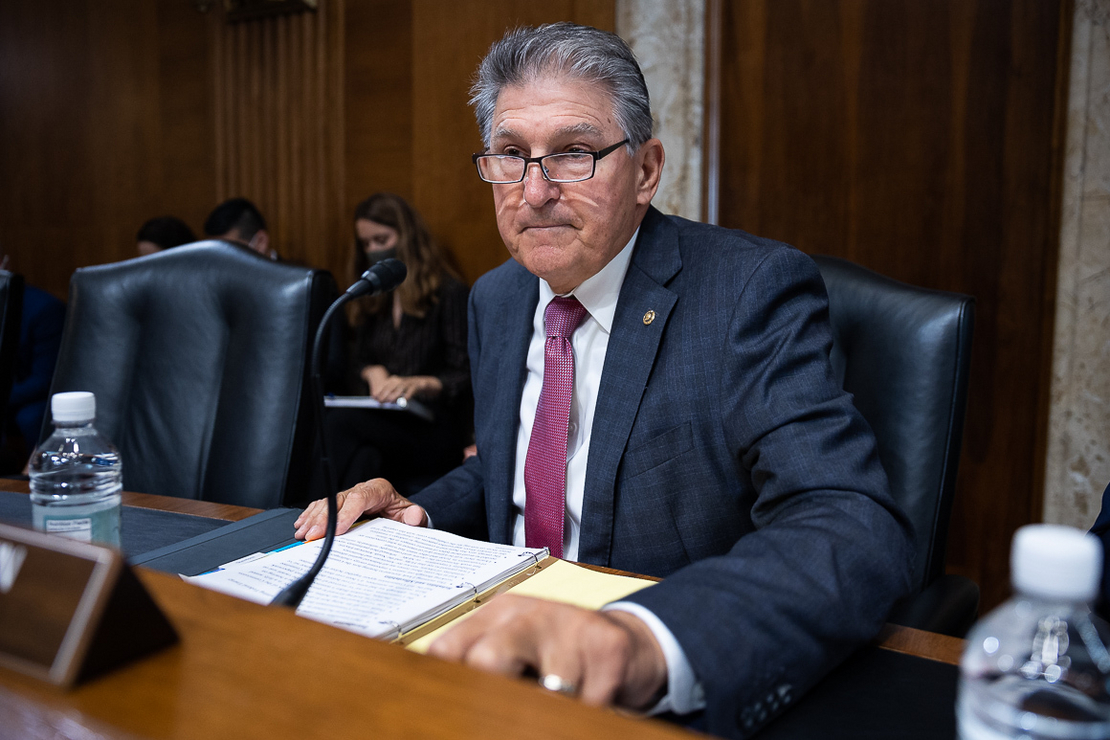 Senate Energy and Natural Resources Chair Joe Manchin (D-W.Va.) offered some of his most detailed comments today on how he views Democrats’ central climate policy in the budget reconciliation process. In short, he thinks it needs work.

Manchin’s remarks came as part of a broader oversight hearing of the Federal Energy Regulatory Commission, where Senate Republicans and their allies at the agency attempted to paint the proposed Clean Electricity Performance Program (CEPP) as potentially detrimental to energy affordability and reliability.

Manchin echoed some of those concerns, saying reliability would be “the big loser” if Congress hands out grants to utilities to transition to clean energy by 2030. He also worried some policies could leave taxpayers on the hook for utility transmission build-outs.

“I guarantee you the utilities will take every dime you want to give them, but they will not commit and basically be held accountable for reliability,” Manchin said. “And then they’re going to have to buy it somewhere, and the consumers are going to pay. That’s my problem.”

Manchin reiterated his worry that a quick transition could hurt his state’s massive portfolio of coal-fired generation without further development of carbon capture and storage technology.

Manchin has previously voiced concerns about the CEPP, but the comments today spelled out his opposition in more detail, as Democrats attempt to negotiate a deal on reconciliation over the next few days.

As envisioned by the House Energy and Commerce Committee, the program would offer grants to power providers that increase clean energy generation by 4 percent each year and fine those that do not.

Proponents of the policy have been trying for weeks to convince Manchin on the idea, which they say would keep energy costs down while accelerating the growth of clean energy.

Even with his concerns, in a follow-up interview after the hearing, the West Virginia senator said talks remain ongoing on finding common ground for clean energy incentives he could support. “We have had great conversations on this,” Manchin told E&E News about talks with other Democrats.

“They understand, and Sen. Tina Smith [D-Minn.], I think she is a tremendous lady and her heart is in the right place, we just have a different approach,” Manchin added. “I think you heard my state is in a different place than everyone else.”

West Virginia’s top utility, Appalachian Power, derives more than 90 percent of its electric generation from coal plants — a mix sure to be at the center of Manchin’s hesitancy. Manchin said he’s generally skeptical of giving companies money with no guarantee that it will benefit federal taxpayers.

“I just can’t for the life of me keep writing checks from our treasury to publicly traded companies that have shareholders that are basically benefiting off of the investments we’re making with no return to the taxpayers,” said the chair. “That’s the biggest problem I have.”

Manchin heads to the White House later today for a conversation with President Biden and other skeptical moderate Democrats likely to encompass multiple aspects of the proposed $3.5 trillion reconciliation plan. He declined to comment on whether the CEPP and its structure are on the agenda for discussion.

“Can’t talk about that, but everything is still on the table,” Manchin told E&E News. “You just have to keep talking, all in good faith. Good people dealing in good faith and good things will happen.”