Meet 6 Texans who could upend the oil industry 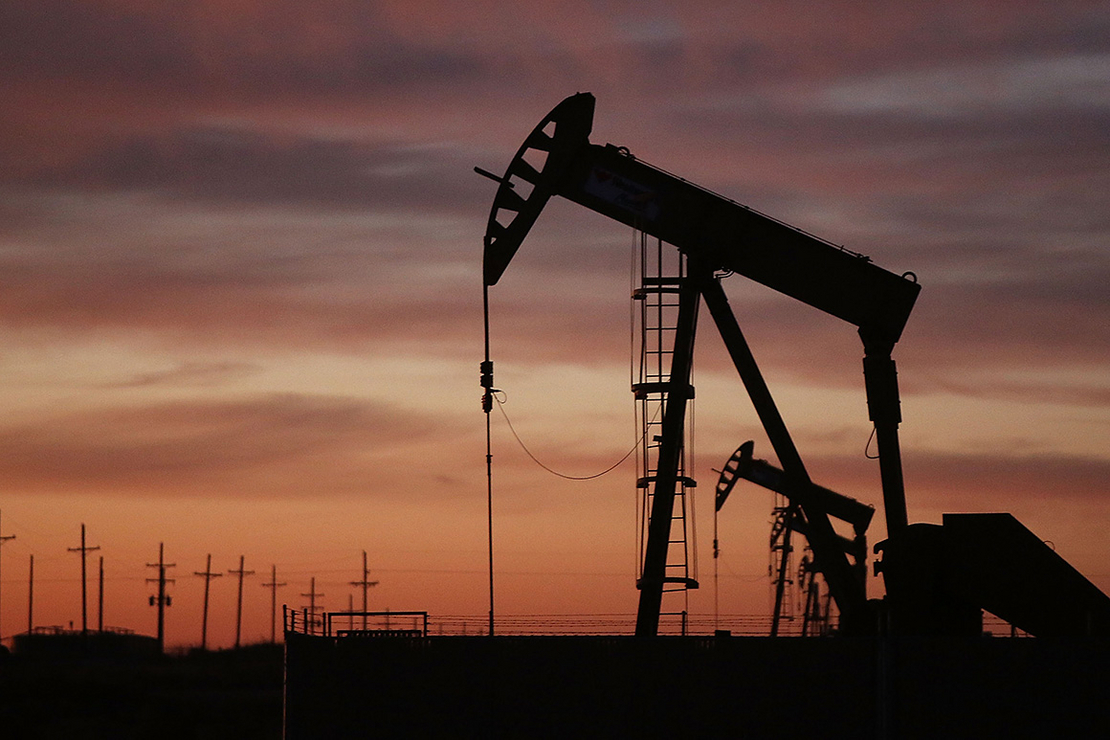 Candidates for the Texas Railroad Commission could play a major role in determining the trajectory of the Texas energy sector. An oil pumpjack in Texas' Permian Basin is pictured. Spencer Platt/Getty Images

One of Texas’ top energy regulators is facing a wide field of challengers for reelection after an unprecedented year that saw the state’s natural gas and power generation systems fail in the middle of a winter storm.

Wayne Christian, a Republican, is one of three elected members of the Texas Railroad Commission, which is one of the most powerful energy regulators in the country. The commission, which hasn’t dealt with railroads for decades, oversees pipelines and oil and gas production in the biggest energy-producing state.

Christian has four Republican opponents in the March 1 primary. The winner of that primary will face a Democrat and a Green Party candidate in the general election. Both parties have often accused the state’s Republican establishment of failing to protect consumers and energy infrastructure during last year’s power crisis.

While a single new commissioner would still be a minority on the three-member panel, they would have a powerful platform to sway issues such as whether the oil industry cuts emissions, whether it is well prepared for storms and the pace of abandoned well cleanup.

The freeze and the blackouts that followed in mid-February also are likely to be a key issue in elections. About 60 percent of Texas voters disapprove of the state’s response to the freeze, according to a University of Texas-Texas Tribune poll released in October.

Gas provides about 40 percent of Texas’ electric power, and weather-related failures at natural gas wells, processing plants and pumping stations were one of the main reasons for the blackouts. More than 4 million homes and businesses lost power, some of them for days, and millions of people lost access to clean water. More than 200 people died, and property damage exceeded $100 billion.

The Railroad Commission was criticized for ignoring warnings about the gas system’s vulnerability after previous storms and for failing to impose stronger weatherization requirements in the wake of the February storms (Energywire, May 20, 2021).

Christian’s GOP challengers all say the commission should’ve done more, both during the February storms and after.

All of the candidates in the race, except for Christian, discussed their views on Texas energy policy with E&E News:

Dawayne Tipton, who does engineering work for the oil industry, said the commission’s slow response to the storm shows the need for a commissioner with technical expertise. Tipton, 41, started his career working on a drilling rig and now does project management and risk assessment for energy projects.

“Being a year out, they should’ve had a good handle on what needs to be weatherized and what has been weatherized,” he said. The Houston Chronicle, Texas’ largest newspaper, recently endorsed Tipton for the Republican nomination to the commission.

Sarah Stogner, 37, is an attorney in Midland, Texas, who specializes in oil and gas issues. She’s representing a West Texas landowner in a highly publicized dispute with Chevron Corp. over pollution from aging oil wells.

On the Texas storm response, Stogner said, “Hundreds of people died in the freeze — why didn’t the Railroad Commission step in and use their authority on intrastate pipelines to help?”

Tom Slocum Jr., a fourth-generation oil field worker who runs an energy service company, made a similar argument. The fact that the state’s gas production dipped during a relatively mild freeze this month, according to news reports, shows that the commission still hasn’t addressed the system’s risks.

“I believe we have not done enough listening to the experts,” he said.

Slocum, 38, formed a nonprofit group in 2020 dedicated to plugging abandoned oil and gas wells. The state is home to thousands of so-called orphans, which can cause water and air pollution. The Railroad Commission rarely cleans up enough of the sites in a year to reduce the backlog.

“I would say every person running right now — there are five Republicans running, including the incumbent — any of the other four have more experience than the rest of the commission,” he said.

Summers has worked in oil field sales since retiring from the Army in 1992. He helped form a networking group for oil and gas workers, Oilfield Connections International, that has chapters in nine states and two other countries.

Christian, 71, is a financial adviser from Center, Texas. Before winning election to the Railroad Commission, he served in the Texas House of Representatives from 1996 to 2013. As a lawmaker, he was popular with tea party conservatives, but he was twice named to Texas Monthly magazine’s list of worst legislators.

Christian didn’t respond to voice and email messages seeking comment for this story. He initially blamed wind and solar power for causing the blackouts but later walked those comments back. During a commission meeting in December, he pointed out that his home lost power during the February storm, too.

As of last week, Christian’s campaign website linked to a site that invited readers to send a form letter to state and federal lawmakers complaining about the uneven treatment that the gas industry gets compared with renewable electric sources.

The Green Party candidate, Hunter Crow, is a 26-year-old student at Tarrant County College in Fort Worth.

Luke Warford, the Democrat running for the seat, said Christian’s response to the storm shows how the oil industry’s political power has warped the state’s politics.

Warford, 32, is a former strategist for the state Democratic Party and has previously worked as an energy consultant for the Washington-based Albright Stonebridge Group.

Democrats haven’t held a seat on the Railroad Commission, or any other statewide office except for a handful of judgeships, since 1994, Warford said. He said that the party has a better chance in this election.

Beto O’Rourke (D), who’s challenging two-term Gov. Greg Abbott (R), is a proven fundraiser and has made the power crisis a centerpiece of his campaign. That momentum could carry down the ballot to the Railroad Commission and other races, Warford said.