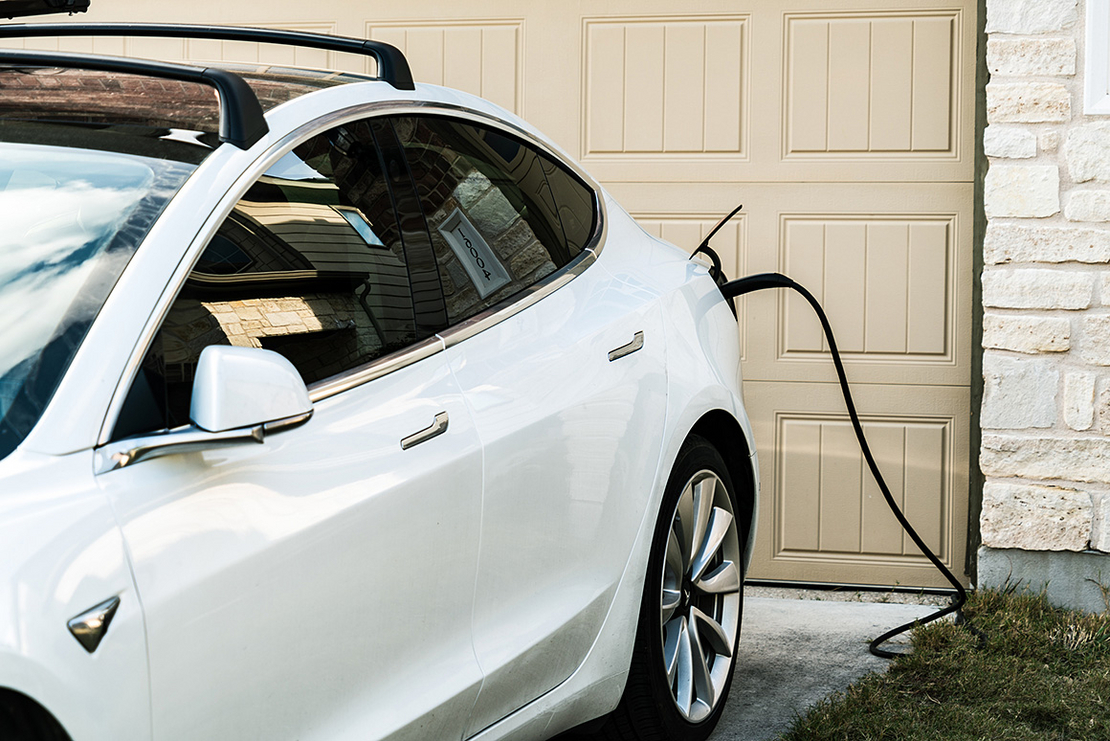 If state regulators approve, 5,100 households in Kansas and Missouri will get one-time rebates of up to $500 over the next five years to help wire their homes for electric vehicle chargers — a missing piece in the Biden administration’s drive for EV dominance by the end of the decade.

Offering to front the cost: Evergy Inc., the Kansas City-based power company that is proposing this incentive to help speed the adoption of EVs in its region.

Igniting EV sales is a cornerstone of Democrats’ Build Back Better legislation, But the policies for incentivizing customers’ costs for charging connections is squarely in the domain of utility commissions in the states, where politics and preferences have created patchwork of policies, says Richard Sedano, chief executive of the Regulatory Assistance Project, a Montpelier, Vt.- based research group focusing on clean energy policy.

“Different states are going to do different things,” Sedano added.

More than half of the initiatives on the EEI list are pilot projects with budgets of a few million dollars. Just three states with the most far-reaching clean energy policies — California, New York and New Jersey — account for nearly 80 percent of the total.

The divergent state attitudes toward home charging could hold back a fast ramp-up in EV sales that is a cornerstone of White House and congressional Democrats’ response to the climate change threat.

The $1.2 trillion infrastructure bill signed this month by President Biden earmarks $7.5 billion for public EV charging stations. “We’re going to build out the first-ever national network of charging stations all across the country — over 500,000 of them,” he promised.

The $550 billion energy provisions in the embattled "Build Back Better" proposal would give new EV buyers tax credits of up to $12,500.

But household chargers are not in line for direct rebates, even though 81 percent of current U.S. EV owners charge their vehicles at their homes, and 73 percent of owners use the cars to commute to work, the International Council on Clean Transportation estimates.

To support a strong EV acceleration, from 1.8 million in 2020 to 25.8 million in 2030, the United States will need 2.4 million non-home chargers — about 11 times the current number. Residential chargers, single- and multi-family, would have to climb at an even faster rate, from 1.5 million today to nearly 17 million by the decade’s end, to support the larger EV sales goal, the council estimates.

The Evergy plan would take 50 percent off the several-thousand-dollar cost of installing a 240-volt circuit and Level 2 EV charger, up to $500, an amount equivalent to four months of free electricity in Kansas. Customers would choose their charger and charging plan. The project also includes incentives for businesses, fleet operators and homebuilders in Evergy’s service area linking western Missouri and eastern Kansas.

The program’s estimated total cost, $32 million in the two states, would be repaid by all the utility’s ratepayers.

To justify the expense to all its customers, Evergy cited a study by consultant ICF International Inc. that calculated benefits to the utility’s total service area in the two states totaling $100 million over 10 years, under certain assumptions. EV owners’ fuel costs would drop, and all power customers would benefit because the fixed costs of electricity service would be spread over a higher volume of power sales, as EV sales rose. Additional environmental benefits from reduced vehicle air pollution were not in the calculation.

As EPRI’s Mansoor sees it, utilities could be bearing the entire cost of the installations, recovering expenses over time as higher utility rates. “In more and more states … regulators are seeing that you do not deter competition by having utilities [build] infrastructure that should last for 30, 40 years,” Manoor said.

Having utilities finance residential charging installations will bring down front-end costs that could otherwise be a barrier for middle-income households, he added.

Because an EV’s operating costs figure to be significantly cheaper than those of a comparable gasoline-powered car, an EV can take $1,000 off the current average American family’s $4,500 in total annual energy costs, including gasoline and home systems, Mansoor said.

But a $2,000 upfront cost for a charging system can put the EV out of an average family’s reach, he added.

The funds channeled in the federal infrastructure and energy legislation pitched to states and localities are there to help underserved communities get access to EV charging, “which otherwise will not happen,” said Paul Bledsoe, a strategic adviser for the Progressive Policy Institute.

“If the clean energy transition is seen as elitist, it will undermine support,” Bledsoe said. “As a matter of politics, it has to be broadly shared by people of all income levels, and it has to show long-term it will reduce costs for consumers.”

Broadening a market for EVs was an explicit feature of an Xcel Energy program in Colorado. To help meet a state goal of getting 940,000 EVs on the road by 2030, the company offers $5,000 rebates on new electric cars and $3,000 on pre-owned vehicles, provided the sticker price is $50,000 or less.

RAP’s Sedano said deep utility involvement in building the charging infrastructure is likely to be welcomed in some states and not others.

Some utilities are well-positioned to get deeply into charging infrastructure construction, Sedano said. “So we should turn them loose with some guardrails,” he said.

Contrarily, there is also a lot of concern about utility monopolies stepping too far. “Some people will say, ‘We have private sector businesses for that.’ There is no grand inquisitor to say who’s right. That’s why we’re going to see different answers across the U.S.,” Sedano said.

“What utilities want, very often, is to get along with the political establishment,” said David Farnsworth, a principal with RAP.

“Utilities may have the capability to do a lot of things, but some are not inclined to put themselves forward,” he said. The state’s political climate really matters.

“California has proceeded more aggressively [with EVs] because the Legislature told the regulators to let the utility make some money doing this,” he said.

But the way the utility makes money can provoke issues in some states, because of some regulators’ and advocates’ mistrust of utilities’ intentions.

Regulators that allow a utility to count rebates and other EV incentives as part of its financial assets on which it earns an approved rate of return inflate what utility customers pay for the programs, said Travis Kavulla, vice president of regulatory affairs at NRG Energy and a former president of the National Association of Regulatory Utility Commissioners.

“I don’t think one can just say [transportation] electrification will happen faster if you let utilities do it. … You can get electric utilities to do anything if you throw ratepayer money at them. Utilities will build you a pyramid if you ask them to," Kavulla said.

“The question is whether it is beneficial and voluntary, as opposed to the usual rigamarole of politicians co-opting the utilities balance sheet for whatever they have in mind."

The cost of rebates is cheaper if legislatures simply add them to the tax bill, he added.

“We have enough issues with our transmission and distribution infrastructure in this country that I’d rather utilities focus on that rather than getting over their skis on a lot of other stuff,” Kavulla said.

Mansoor says that EV charging should be seen not as a stand-alone program, but as a synchronized part of the increasingly complex operations of a low-carbon grid.

The transition from gasoline to batteries in vehicles is a key to the company’s clean energy goals, Evergy says, citing both the carbon dioxide reductions when EVs are charged with renewable power and the health benefits when gasoline-engine tailpipe emissions are reduced.

EV batteries and charging systems create the means for shifting power demand during the day to respond to the availability of carbon-free generation and high and low electricity prices. EVs will be supply sources, feeding surplus power back into a utility’s grid.

“We see electrical vehicle as a huge step forward in grid system utilization,” Caisley said. “Most of the charging occurs when there is plenty of generation that is disproportionately renewables — primarily wind. It’s utilizing the existing system in a more efficient way.”