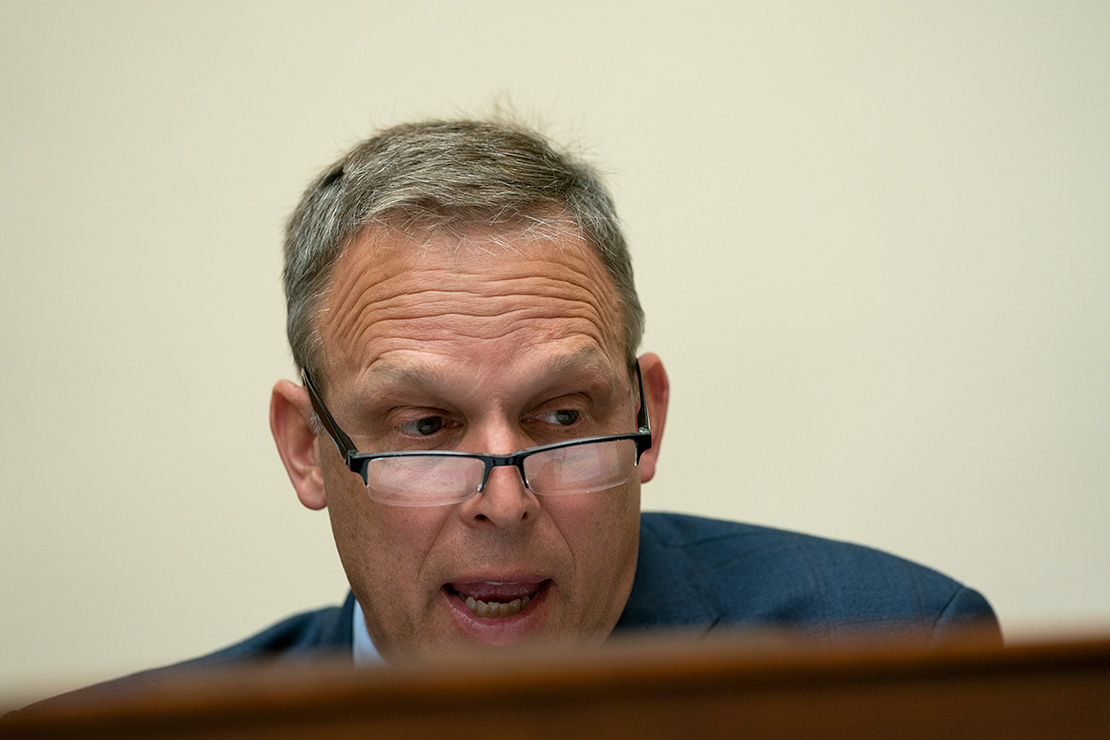 Rep. Scott Perry (R-Pa.) is one of the House's most prominent skeptics of mainstream climate science. Stefani Reynolds/Getty Images

Republican Rep. Scott Perry of Pennsylvania is set to take the helm of the conservative House Freedom Caucus in January, and he’ll bring to that job a nearly decade-long record of skepticism toward established climate change science.

Perry, an Army National Guard veteran who has represented a central Pennsylvania district since 2013, frequently uses his positions in the Foreign Affairs and Transportation and Infrastructure committees to fight proposed climate change policies, even those with broad GOP support.

Yesterday, Perry’s office announced that he had contracted COVID-19 and was quarantining at home with "quite mild" symptoms. A spokesperson did not respond to a question about whether Perry had been vaccinated, along with questions about his opposition to climate change legislation.

He told PennLive in 2018 that he believes the climate is changing, but questions the overwhelming scientific consensus that humans are the main cause via greenhouse gas emissions from fossil fuels and other actions.

“The climate’s changing, without a doubt. I think we contribute to it. I don’t know exactly how, and that becomes the rub,” he told the news outlet. “It opens up an opportunity for skepticism … we want to proceed based on the facts; not based on suppositions or the facts we hope that we have.”

The Freedom Caucus doesn’t publicize its membership, but it is believed to have around 40 members. It says it supports “open, accountable and limited government, the Constitution and the rule of law, and policies that promote the liberty, safety and prosperity of all Americans.”

“For the past six years, I have stood shoulder to shoulder with the men and women of the Freedom Caucus as we have tirelessly fought to hold the line to promote liberty, safety and prosperity for Americans,” Perry said in a Monday statement in which the group announced his election. “I am grateful to continue to carry the torch for these champions of freedom.”

Perry has taken numerous steps to stop Congress from acting on climate change.

In one case, he opposed a bipartisan effort in 2018 to require considerations for climate change and energy resilience in military installation planning to the National Defense Authorization Act. Perry proposed an amendment to strip the provision out of the defense bill, but it failed (E&E Daily, April 10, 2018).

The year before, he unsuccessfully tried to remove a provision from that year’s defense bill to ask the Pentagon to study climate vulnerabilities on military bases (E&E Daily, July 14, 2017).

More recently, Perry proposed a number of amendments to bipartisan disaster relief and resilience legislation aimed at limiting its scope. He argued incorrectly that any attempt to link climate change to worsening disasters is “thoroughly debunked by the actual data” (E&E Daily, Oct. 28).

He sponsored a bill, H.R. 5372, to block the creation of the Biden administration’s new Office of Climate Change and Health Equity within the Department of Health and Human Services (E&E Daily, Sept. 28).

Other unsuccessful moves by Perry would have prohibited EPA from using Section 115 of the Clean Air Act — a provision on international air pollution — to write greenhouse gas regulations, and stopped the government from measuring the social cost of carbon (E&E Daily, July 19, 2018; E&E Daily, Sept. 13, 2017).

But Perry’s moves to stop environmental action go beyond climate change. An amendment he sponsored last year would have required EPA to study the uncertainties in the modeling behind the Chesapeake Bay cleanup program (E&E Daily, June 29, 2020).

He is also a critic of electric vehicles, claiming that Democrats are brushing aside environmental problems from their production and use (E&E News PM, June 18, 2020).