‘Not going there just to drink’: GOP serious about COP talks 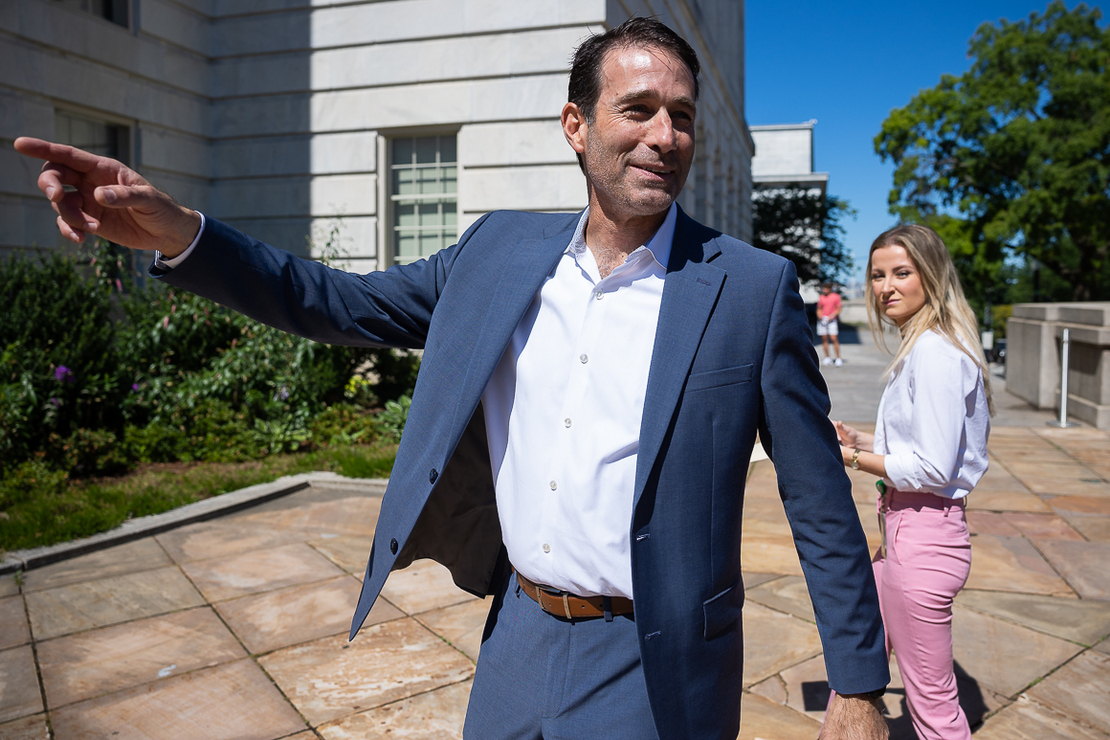 House Republicans don’t want to be left out in the cold at global climate talks next month in Scotland.

A relatively small group of GOP lawmakers will be enjoying a "packed agenda" at the COP 26 conference in Glasgow, according to Rep. Garret Graves (R-La.), ranking member of the Select Committee on the Climate Crisis.

Joining him will be Reps. Dan Crenshaw (R-Texas) and David McKinley (R-W.Va.), ranking member of the Energy and Commerce Subcommittee on Environment and Climate Change. The Washington Examiner reported that Rep. John Curtis (R-Utah), who chairs the Conservative Climate Caucus, will be attending, as well, but his office did not immediately respond to a request for comment.

In an interview, Graves said he thought it was "really important that the international community has an opportunity to hear all perspectives from the United States.”

He added: “And let me be clear, when I say that, it means that we’re all aligned in our efforts to reduce global emissions. It’s to make clear that we think from a global perspective we must move forward in a way that’s evidence-based and shows a reduction in global emissions without compromising the economy.”

The Republicans will bring a decidedly different message to COP from President Biden and congressional Democrats, who are hoping to show progress toward meeting the administration’s goal of reducing U.S. emissions 50 to 52 percent under 2005 levels by 2030 (see related story). This year’s iteration of climate talks is generally seen around the world as a crucial moment in holding warming under 1.5 degrees Celsius and a benchmark for whether countries are making progress on emissions reductions.

Unlike in past international climate summits, when Sen. Jim Inhofe (R-Okla.) would attend to question climate science in what he once referred to as a “one-man truth squad,” the Republicans who are attending acknowledge the reality of climate change and do not plan to directly undermine the conference.

But they also do not support either the Paris Agreement or specific emissions reductions targets. Just a few months ago, only a handful of Republicans supported a resolution to overturn President Trump’s repeal of EPA methane rules, and they generally support an innovation-based approach that most analysts do not think is enough to reduce greenhouse gas emissions and avoid the worst impacts of climate change (E&E Daily, June 30).

McKinley is, however, the lead sponsor of a bipartisan clean electricity standard bill that would aim to reduce power-sector emissions 80 percent by 2050 (E&E Daily, June 23).

Asked if he expected the GOP members to be welcomed by the international community that was frustrated by Trump’s climate inaction, McKinley laughed and said, “Hell, no! But we’re not there to be combative.”

Graves said the group will meet with officials from countries around the world. Another goal, he added, is to ensure the Biden administration is “keeping the pressure on China,” currently the world’s largest greenhouse gas emitter.

“We’re not going there just to drink,” Graves said. “We plan on doing a lot of sidebar meetings.”

Crenshaw, an Energy and Commerce Committee member who has pushed Republicans to move away from climate denial and stress technological innovation to reduce emissions, said he’ll point out the “failure of Green New Deal-type solutions” that focus only on renewable energy.

He said he believes there is common ground to be found with the United Kingdom on its recently announced expanded nuclear energy investments.

Crenshaw acknowledged Biden as president will command the most attention but said by going, his “voice would be heard” too.

Other GOP lawmakers are less interested. Several Republican senators active on energy and climate issues said they do not plan to attend, including Inhofe and Sens. John Barrasso (R-Wyo.), Shelley Moore Capito (R-W.Va.), Kevin Cramer (R-N.D.) and Mitt Romney (R-Utah) — one of the few congressional Republicans who supports a carbon tax.

“I typically don’t find big meetings of thousands of people to be terribly productive,” Romney said in an interview.