Ozone hole could have killed plants and raised temps — study 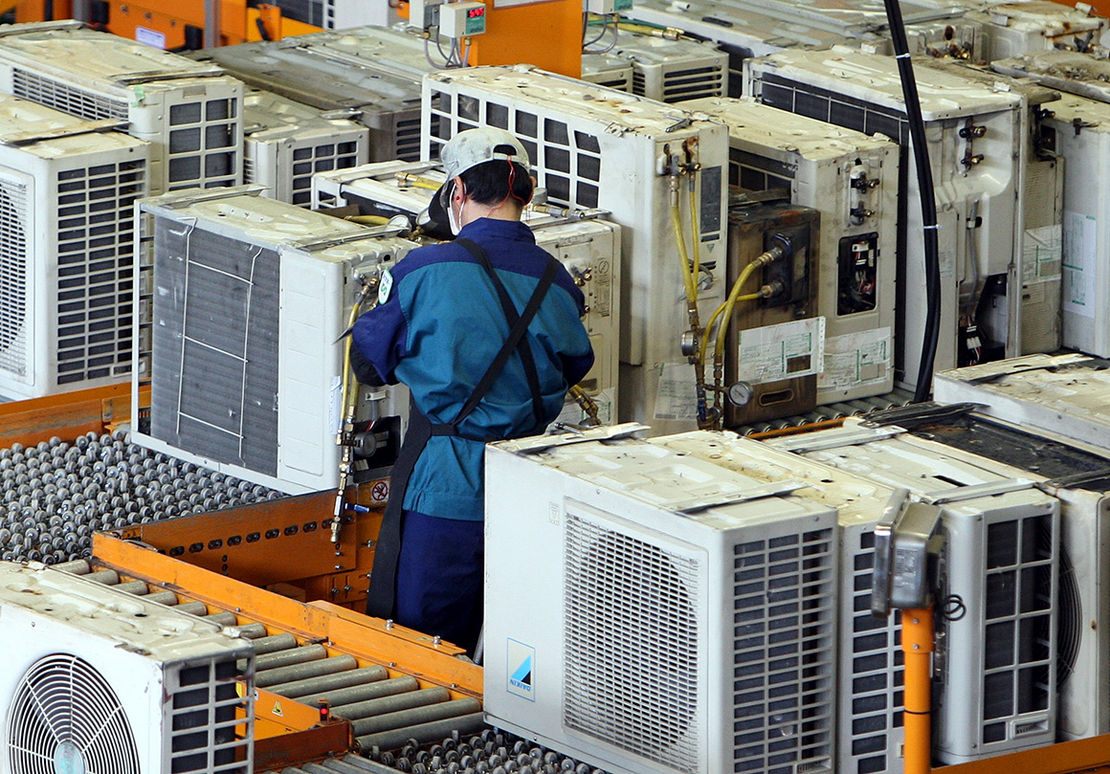 One of the most successful environmental treaties in history was finalized 34 years ago to phase out industrial chemicals that eat away at the Earth’s delicate ozone layer.

The Montreal Protocol introduced an international agreement to phase out chlorofluorocarbons, or CFCs — ozone-depleting chemicals that were once found in refrigerants and other industrial processes.

In the decades since, CFCs have plummeted and the infamous “ozone hole” in the Earth’s atmosphere is steadily recovering. Fears of a future in which humans couldn’t safely walk outside in the sun have evaporated.

And that’s not all. Studies suggest that global warming could have been even worse than it is today without the Montreal Protocol.

That’s partly because CFCs themselves are potent greenhouse gases. They have shorter lives in the atmosphere than carbon dioxide, but a much more powerful warming effect while they last. Without the Montreal Protocol, research suggests this greenhouse effect would likely have added at least an extra degree Celsius, or 1.8 degrees Fahrenheit, to worldwide warming by 2050.

Now, new research suggests the treaty may have saved the world from even more warming — in a completely different way.

Plants all around the world would have withered and wilted without the Montreal Protocol, according to a study published this week in the journal Nature. Many of them would have died and disappeared altogether. They would have been zapped by the harmful UV rays piercing through the planet’s damaged ozone layer.

Plants provide an important climate service, sucking carbon dioxide out of the atmosphere. But damaged plants are less efficient, and they would have stored up less and less carbon over time.

The extra carbon in the atmosphere would have warmed the planet even further, the new study finds.

If CFCs never declined — if, in fact, they’d kept increasing indefinitely — the extra plant-related CO2 would have caused anywhere from a half-degree to a full degree Celsius of additional warming by the end of the century. That’s on top of the extra warming that would have been caused by the greenhouse effect directly produced by CFCs in the atmosphere.

And, of course, all that would have come on top of the climate change that’s already happening from other greenhouse gas emissions.

The new study, led by Paul Young of Lancaster University in the United Kingdom, used models to simulate three scenarios.

The first recreated the real world, in which CFCs are phased out under the Montreal Protocol. The second introduced a hypothetical scenario in which CFC emissions held steady at their 1960 levels — not increasing, but not decreasing either.

The last scenario, dubbed the “world avoided,” simulated a trajectory in which CFC emissions kept increasing through the present day and into the future, growing by about 3% each year.

In the dire world avoided scenario, the ozone layer essentially collapses in the 2040s. By the end of the century, atmospheric ozone declines by about 72%. The amount of UV radiation reaching the Earth’s surface sharply increases.

In response, plant growth begins to fade. By the end of the century, the study estimates that global vegetation is only absorbing about 15% of the carbon it absorbs in a world with the Montreal Protocol in place.

The extra carbon would likely warm the world by anywhere from 0.5 to 1 C by the end of the century, most likely around 0.8 C, the scientists estimate. That’s on top of a likely 1.7 C of extra warming just from the greenhouse effect of CFCs in the atmosphere.

Altogether, it adds up to around 2.5 C — that’s 4.5 F — of warming avoided by the Montreal Protocol in a hundred years.

That means that “as well as protecting the ozone layer, the Montreal Protocol has itself been a phenomenally successful climate treaty,” Young wrote in a recent post about the research published in The Conversation.

The climate effects of the Montreal Protocol have been, until now, side benefits. But a recent amendment takes the treaty a step further. The Kigali Amendment, a 2016 addition to the Montreal Protocol, aims to phase out the use of climate-warming hydrofluorocarbons, or HFCs, as well. While less dangerous to the ozone layer than CFCs, HFCs are also powerful greenhouse gases.

The U.S. has not yet ratified the Kigali Amendment, although the Biden administration has signaled its interest.

Reducing lesser-known, potent greenhouse gases like CFCs and HFCs can make a major difference to the global climate. The Montreal Protocol has already demonstrated this effect, even if unintentionally.

Still, eliminating global carbon dioxide emissions, along with other major greenhouse gases like methane, remains the greatest global challenge around climate change for the time being, scientists say.

It’s a far more complicated challenge than reducing CFCs ever was, Young acknowledges.