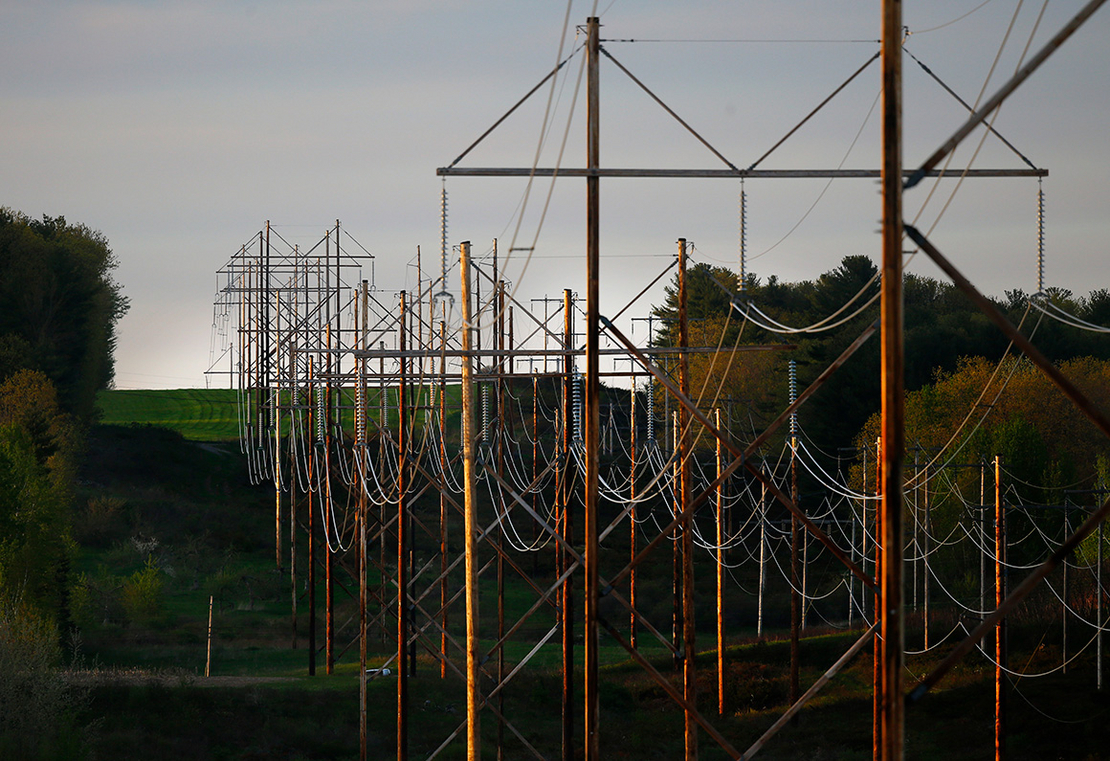 When the House passed the bipartisan infrastructure package last week, headlines focused on the bill’s $1 trillion price tag. But when it comes to greening the grid, one of its most important provisions has little to do with dollars and cents.

The bill enhances the ability of federal regulators to permit new transmission projects, by giving authority to the Energy Department to designate national transmission corridors for clean electricity projects.

The provision is important to energy planners, who say the United States needs a massive build-out in transmission infrastructure to serve a new generation of clean energy projects.

But building new transmission lines in America is hard. Part of the difficulty owes to the legal ambiguity stemming from a 2009 federal appeals court ruling, which found the Federal Energy Regulatory Commission lacked the authority to overturn state regulators’ rejection of power lines planned in DOE sanctioned corridors.

“This clarifies the scope of preemptive authority available to FERC,” said Justin Gundlach, a senior attorney at New York University School of Law’s Institute for Policy Integrity. “In my corner of the world it is a meaningful policy change.”

But how significant a change depends on how the Biden administration and future presidents wield the power. Under the Energy Policy Act of 2005, DOE was required to conduct a study of transmission congestion every three years and identify transmission corridors needed to address it.

The bipartisan infrastructure package enhances that authority. It gives the department the ability to conduct the study more frequently and expands the criteria for projects that can qualify as "national interest electric transmission corridors." Where projects previously needed to address transmission congestion, power lines that enhance the ability to deliver “firm or intermittent energy” will also qualify for the designation.

The change has the potential to boost clean energy projects that have run into permitting challenges, analysts said. The infrastructure bill’s package notably came during a week that saw voters in Maine strike down a proposed transmission line intended to carry electricity from dams in Quebec to consumers in New England. The constitutionality of that referendum is being challenged in court.

Connecting clean energy projects is a mounting challenge across the United States. A recent study by Lawrence Berkeley National Laboratory found 750 gigawatts of proposed generation in transmission queues across the country at the end of 2020. Total U.S. power plant capacity, LBNL researchers noted, is 1,117 gigawatts.

“It is really important that Congress acted on a bipartisan basis to support the siting of large regional and interregional lines,” said Rob Gramlich, president of Grid Strategies, a consulting firm focused on transmission. "It sends a strong signal to the industry.”

Yet analysts also cautioned against overstating the effects of the change. Permitting is only one challenge facing transmission development in America. Deciding who pays for new lines and the process for connecting to the grid are two other prominent challenges. FERC recently embarked on a rulemaking to address those issues (Energywire, Oct. 29).

The pure scope of new transmission investment needed to meet President Biden’s goal of halving U.S. emissions this decade is also staggering. The National Academies of Science estimates American transmission capacity needs to grow by 60 percent this decade to put the country on track for net-zero emissions by midcentury. Researchers at Princeton University reckon that the build-out could cost some $360 billion by 2030.

In 2019, U.S. utilities spent $40 billion on transmission, with about half of that dedicated to new transmission investment, according to the U.S. Energy Information Administration. The infrastructure package and accompanying $1.7 trillion reconciliation bill contain about $20 billion in incentives for transmission development.

“In my mind I view it as a good start and a decent down payment on what is going to be needed,” said Larry Gasteiger, the executive director of the Wires Group, which advocates for transmission development. “It is going to require a moonshot effort for this to be successful. We’re moving in that direction. But we’re nowhere near where it needs to be.”