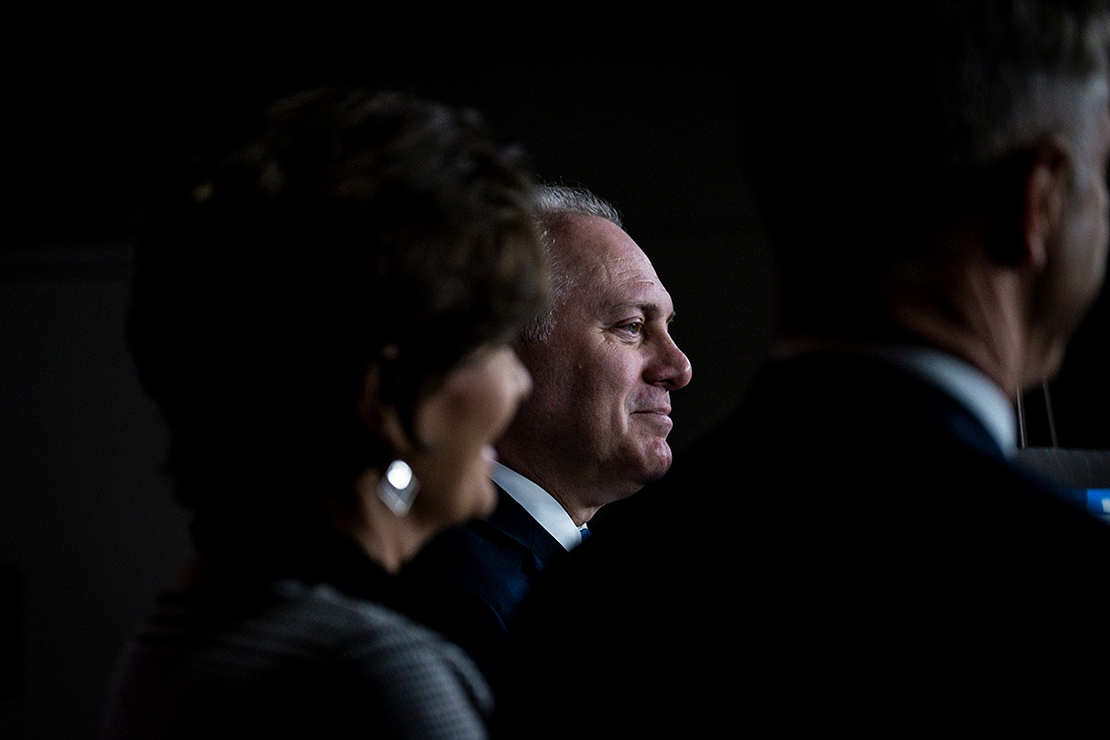 Congressional Republicans were harshly critical of the Biden administration’s proposal to crack down on methane emissions from the oil and natural gas sector, despite the industry’s signaling openness to the idea.

To the GOP, yesterday’s EPA proposal was yet another attempt by President Biden to shut down fossil fuels even though the industry has made progress toward reducing emissions (Greenwire, Nov. 2).

“With a harsh winter predicted and energy prices at seven-year highs, President Biden and the EPA are proposing more regulations that could raise energy prices even more for families,” Rep. Cathy McMorris Rodgers (R-Wash.) and other Republican leaders of the House Energy and Commerce Committee said in a statement.

“We are concerned this new regulatory proposal, in addition to the natural gas tax proposed in the Democrats’ tax and spending spree, is another attack on American energy,” they continued. “America is leading the world in emissions reductions, and we have shown that innovation — not regulation — is the key to making energy cleaner and more affordable.”

Sen. Steve Daines (R-Mont.), a member of the Energy and Natural Resources Committee, said, “Biden’s new mantra should be economic death by overregulation." He added, "Biden’s wide-sweeping methane initiative was created behind closed doors and is merely a guise for his newest expansion of government control.”

He predicted that the energy, agriculture and home building sectors would all be negatively affected.

The statements stand in contrast to the stances of many major oil and gas business groups. The American Petroleum Institute, the American Exploration & Production Council and the U.S. Chamber of Commerce all reiterated yesterday that they support direct regulation of methane emissions from oil and gas, though they said they would have to thoroughly analyze the proposal before passing judgment on it.

As the Biden administration was selling the methane plan to other nations at the U.N. climate conference in Glasgow, Scotland, yesterday, Republicans were bringing back some of their long-used arguments to oppose Biden’s climate agenda, like trying to sow doubt about whether greenhouse gas emissions caused by human activity are responsible for climate change.

“We’ve had hurricanes a lot longer than we’ve had changes in carbon emissions,” House Minority Whip Steve Scalise (R-La.) said at a news conference. “10,000 years ago — you can look at the record — and we had warmer temperatures than we do today, because it goes up and down. … In the 1970s, they said it was going to be a new cooling period. But now it gets warmer, it gets colder. That’s called Mother Nature.”

And in an opinion piece in The Hill, Cramer and Sen. Bill Cassidy (R-La.) argued that Biden is underselling the United States’s existing emissions reductions.

“Entirely eliminating fossil fuels and returning our economies to the stone age does nothing if you only force production to pack up and move to a country with worse environmental standards,” they wrote. “If the administration wants to lower global GHG emissions, they need to be less concerned about virtue signaling and more concerned about real solutions that have already worked.”

This week Energy and Natural Resources ranking member John Barrasso (R-Wyo.) fired off a letter to agencies questioning their "bloated" delegations to the climate conference. Another group of Republicans asked the Government Accountability Office for a report on the administration’s carbon footprint for traveling to Glasgow.

Democrats, on the other hand, cheered Biden’s methane proposal, while promoting the provision in the "Build Back Better Act" that would charge fees for oil and gas companies’ methane emissions.

“I’m pleased by the leadership at EPA following sound science and working expeditiously to finalize these proposed rules today,” Senate Environment and Public Works Chair Tom Carper (D-Del.) said in a statement. “In addition to demonstrating the U.S. commitment to leading by example on climate, these proposals represent real progress in protecting Americans’ access to clean air.”

Said House Energy and Commerce Committee Chair Frank Pallone (D-N.J.): “Curbing methane emissions is the fastest way to slow the warming of our planet, and it requires using every policy means at our disposal.”

He added, “The Biden EPA’s new methane proposal, combined with the Methane Emissions Reduction Program incentives in the Build Back Better Act, represent critical tools for reducing methane and the harm it causes for communities across the country."