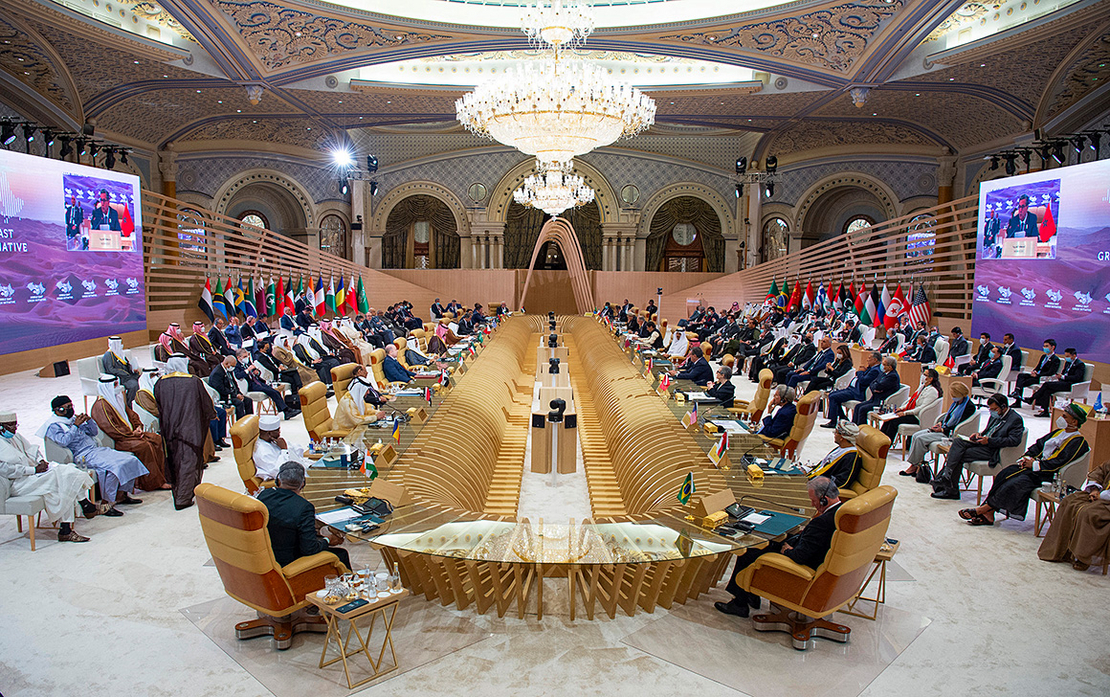 Saudi Arabia says it wants to join the global fight against climate change — by drilling for more oil.

Rather than cut back on the production of fossil fuels that contribute the most to global warming, the Gulf kingdom wants to tap more of them to bring down emissions.

The idea is to help Saudi Arabia raise money for emission reduction technologies such as carbon capture, which would allow the oil-dependent country to keep running its rigs. Key to this strategy is Saudi Arabia’s continued export of oil around the world — a proven moneymaker that wouldn’t affect Saudi Arabia’s recent pledge to reduce its own emissions to net zero by 2060.

For under international standards, these oil exports would count as emissions for the importing country — and not Saudi Arabia.

The plan has been greeted with skepticism by international activists and analysts, who say the world needs to reduce its dependence on fossil fuels as fast as possible in order to avoid the increasingly severe storms, floods and heat that global warming brings.

“It’s a strange dichotomy,” said Jim Krane, an energy studies fellow at Rice University’s Baker Institute for Public Policy. “Its success in reaching this goal hinges on the rest of the world continuing to use oil.”

But Saudi Arabia is limited in its options.

And so Saudi Arabia is put in a tough spot when international officials gather to talk about global warming, as they’re doing now in Glasgow, Scotland, for the 2021 United Nations Climate Change Conference. Much of the discussion has centered on creating a pathway toward the end of fossil fuels.

“I think they realize they can’t rely on oil forever. At some point it will run out,” said Ellen Wald, a senior fellow with the Atlantic Council Global Energy Center and author of “Saudi, Inc.” “But they definitely have the long view.”

Saudi Arabia’s new position on climate change represents a shift — at least rhetorically — from its past position on the issue.

Saudi Arabia has long lobbied to change or delete language that would go against its national interests. And it has sought to delay decisions at past U.N. climate conferences in its favor (Climatewire, Oct. 23, 2018).

A recent leak of documents obtained by Unearthed, a division of Greenpeace, showed that Saudi Arabia and other climate-polluting countries sought to water down language in an upcoming U.N. climate report that calls for a rapid phaseout of fossil fuels.

But the danger of global warming is becoming increasingly hard to refute — even for a petrostate such as Saudi Arabia.

More than a third of Saudi Arabia’s land area is desert, and rising temperatures will threaten water supplies, will turn heat waves deadly, and could make large parts of the country and the Gulf region uninhabitable.

Not only does oil revenue fund more than half the government’s budget, but Saudi Arabia argues that it needs that money to fund its energy transition and support research and development of new climate-friendly technologies.

In addition to exporting oil, it continues to burn it to generate power.

The country’s latest climate plan aims at “reducing, avoiding and removing” 278 million tons of greenhouse gas emissions annually by 2030 — more than twice its previous target. To help get there, it plans to increase renewable energy to 50 percent of the electricity mix by 2030, up from less than 1 percent currently.

Much of its plan also hinges on a proposed circular carbon economy, where hydrocarbons would be either recycled, removed or reused. Achieving that goal would require a major scaling-up of carbon capture capacity.

The total amount of carbon dioxide that has been removed from the air by current carbon capture projects is in the order of tens of thousands of tons, compared with the hundreds of millions of tons produced by these petrostates, said Zeke Hausfather, director of climate and energy at the Breakthrough Institute.

And capturing that carbon and removing it is very, very expensive — around $600 a ton.

“You could have a state still producing oil and offsetting that by carbon removal in a net-zero world, but calling that state a petrostate would be a stretch, simply because there’s probably not going to be enough demand for oil globally in 2050 — or certainly in 2070 — to make it the centerpiece of a country’s economy,” Hausfather said.

Saudi Arabia is not the only country pinning its climate targets on such technology. The White House’s long-term climate strategy also leans heavily on carbon removal (Climatewire, Nov. 2).

Officials in Saudi Arabia are working to diversify some of its economy, such as building up tourism and financial services. It also could capitalize on growing demand for carbon offsets if it can scale up its carbon capture capacity quickly. But it’s still not giving up on oil.

“In fact, its implementation of its climate pledges are conditional on its ability to continue selling fossil fuels to finance its transformation,” Karim Elgendy, a fellow at Chatham House, wrote in an email.

It’s a pledge he thinks should be taken seriously.

“Saudi Arabia and Aramco’s view is that even if everyone switches over to EVs — which they don’t think is likely — the world will still need oil and oil products because all of these things that you need to, say, make a really light airplane that’s going to fly using a battery, need plastics. And plastics come from petrochemicals,” said Wald, the Atlantic Council fellow.

Even if oil demand in the developed world may be tapering off, Wald added, Aramco sees huge markets for its products in China, in India and across Africa.

Saudi Crown Prince Mohammed bin Salman did not attend the leaders’ summit at the start of last week’s talks in Glasgow. But he did host a green forum the week prior in Riyadh that U.S. climate envoy John Kerry attended.

It was there that he announced the 2060 net-zero goal and committed $186 billion in public investment toward achieving that target.

Aramco has set an even more ambitious net-zero target of 2050, but that goal doesn’t include indirect emissions, such as the burning of the fuel it sells.

Rising demand and undersupply have sent oil prices surging this year. Aramco is planning to increase oil production from 12 million to 13 million barrels a day in the coming years to take advantage of a widening gap in the market as other major oil companies plan to ease production.

While governments will rely on some level of carbon removal to achieve net zero, it needs to be as limited as possible, said Claire Fyson, co-head of climate policy at Climate Analytics, which helps produce the tracker.

At the opening of climate talks last week, Mia Mottley, prime minister of Barbados, said that relying on undeveloped technology was reckless.

But Khalid Abuleif, head of the Saudi negotiating team and a former oil executive, said the kingdom’s net-zero target had been well received.

“It balances many things and it’s much more realistic on the timeline,” he said, according to a report by Arab News. “It takes fully into account that Saudi Arabia is going through an accelerated economic diversification program that needs to be completed.”