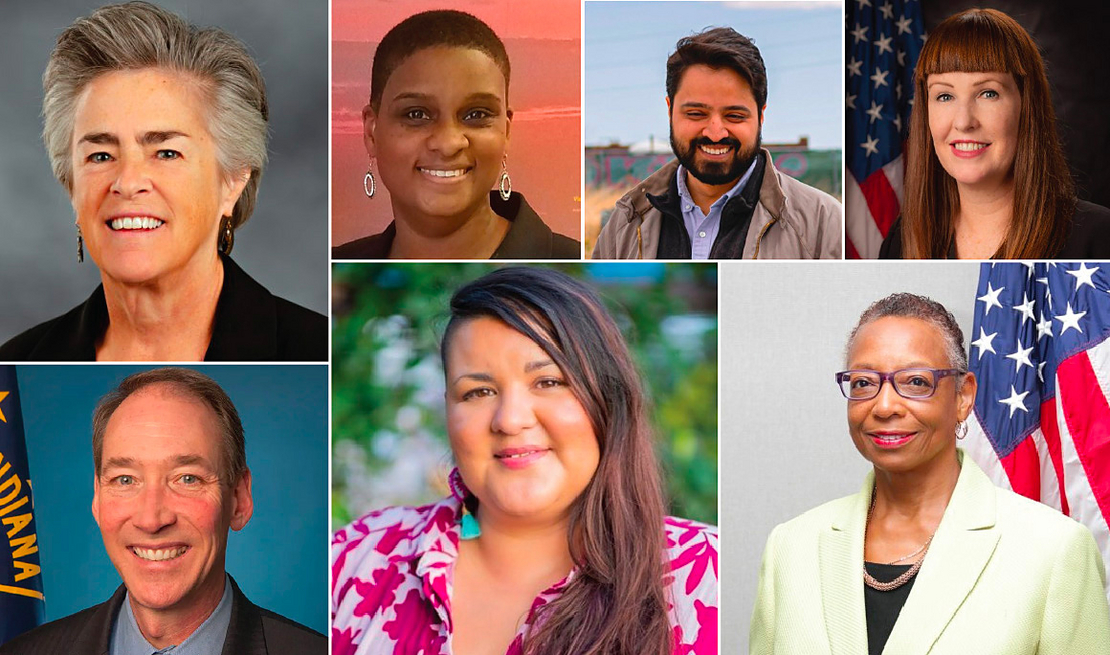 EPA Administrator Michael Regan has used a special hiring authority to sprinkle more than a dozen aides throughout the agency to bolster regional offices, boost its infrastructure team and bring past officials back on board.

The administrator’s unique power, tucked in the Safe Drinking Water Act, allows EPA to bring on officials posthaste, unencumbered by civil service laws and able to move swiftly on administration priorities. Onboarding the “administratively determined” hires has become tradition at EPA, now employed for decades by both Democratic and Republican administrations.

“The value of having those AD positions is if someone has an agenda and wants to get started quickly, they can get off the dock,” Gordon Binder, who served as EPA chief of staff during the George H.W. Bush administration, told E&E News.

At one point earlier this year, EPA had brought on 16 administratively determined hires during the Biden administration, according to records obtained by E&E News under the Freedom of Information Act.

Seven of those are chiefs of staff for EPA’s regional offices, including Iris Gonzalez in Region 6 and Alfred Saucedo in Region 5.

Stan Meiburg, who served 39 years at EPA, including as acting deputy administrator under President Barack Obama, said it has been common practice at EPA to give the regional administrators each an AD hire.

“They generally use them for a regional administrator or an assistant administrator to have someone in their immediate vicinity who meets their needs within the organization,” said Meiburg, now the executive director of the Center for Energy, Environment and Sustainability at Wake Forest University, about the special hires.

Other AD personnel at the Biden EPA are focused on the infrastructure law passed last year. The measure requires high-level attention, distributing roughly $60 billion over the next five years to the agency for rebuilding crumbling water systems, cleaning up Superfund sites and funding electric school buses.

Maggie Polachek, special adviser for implementation at EPA, has several duties, including providing advice and expertise on “developing, managing, evaluating and implementing strategies, policies and directives” related to the Bipartisan Infrastructure Law, according to her statement of work.

Zealan Hoover, senior adviser to the administrator, oversees the agency’s handling of the Bipartisan Infrastructure Law and the Inflation Reduction Act, his LinkedIn profile indicates. That includes leading “a cross-cutting intra-agency team” to “drive implementation” of EPA’s plans, including tracking when and where funds have been deployed, documents show.

Hoover has converted to a Senior Executive Service appointee, and Aleksandra Czulak, another AD hire at EPA who worked on infrastructure, has left the agency. That leaves the agency with 14 administratively determined positions currently on its roster, according to EPA spokesperson Tim Carroll.

Carroll noted federal law grants the EPA administrator the authority to fill not more than 30 positions in support of the agency’s mission to protect human health and the environment. EPA can convert those positions to other types of appointments, including political ones such as non-career Senior Executive Service and Schedule C.

“The EPA’s chief of staff and the White House liaison are responsible for recruiting and recommending individuals for AD positions, with input from the administrator and consultation with senior leaders and regional administrators,” Carroll said.

Binder said he joined EPA in 1989 as an AD hire and later converted to a political appointee position. Binder was a former assistant to William Reilly at the World Wildlife Fund. When Reilly became EPA administrator, Binder joined him at the agency.

“The White House personnel office didn’t know me from Adam,” said Binder, now a senior fellow at the World Wildlife Fund and Duke University’s Nicholas Institute for Energy, Environment & Sustainability. But he showed his commitment to the administration while he was in an AD position.

“When the time came to convert, it went very smoothly,” Binder said.

Longtime officials who left the agency are now back on its payroll, designated as AD hires.

Cynthia Giles, who led EPA’s enforcement office during the Obama administration, returned in April to advise the air office and review draft regulations to ensure they are consistent with Next Generation Compliance principles, according to records.

Anne Heard has come back as a senior adviser for policy and programs in EPA’s solid waste office.

Heard spent about four decades at EPA, including as acting Region 4 administrator. She took an Intergovernmental Personnel Act assignment at Atlanta Metropolitan State College during the Trump administration and then left EPA in 2019 to return to the agency in March as an AD hire.

Other special hires are newcomers to EPA.

Jeffery Hughley, a former Kansas City, Mo. police officer, joined the agency in March in an AD position. He is a senior adviser for community outreach, based in EPA’s Region 7 office.

EPA has broad power to bring on personnel under the hiring authority.

Amendments enacted in 1977 to the Safe Drinking Water Act added the provision to law, saying the EPA administrator could appoint personnel to “not more than thirty scientific, engineering, professional, legal and administrative positions” within EPA “without regard to the civil service laws.”

Those employees could help with functions related to safe drinking water but also “other provisions of law.”

By not having to follow civil service laws for AD positions, EPA can rev up the hiring process exponentially.

“The advantage is speed,” Meiburg said. “You can pick the person you want and bring them on quickly.”

He added, “It’s good it is a small number, because that preserves the integrity of the civil service.”

AD hires have another advantage. They are not bound by President Joe Biden’s ethics pledge.

“As an AD appointment, you are not required to sign President Biden’s Ethics Pledge because this type of appointment falls outside the definition of ‘appointee’ set forth” in his executive order on ethics, Olivia Glenn was told in a memo after she joined EPA.

Glenn is serving as chief of staff and senior adviser for equity in Region 2. She, however, has to abide by other federal ethics rules. Glenn was given the “impartiality determination” so she could interact with her former employer, the New Jersey Department of Environmental Protection.

Other AD hires who came to EPA from state and local government jobs have received impartiality determinations, including Pigott as well as John Nicholson, chief of staff in Region 4; Sanjay Seth, Region 1 chief of staff and senior adviser for climate and equity; Sarah Sharpe, chief of staff for Region 9; and Kelly Watkins, Region 8 chief of staff.

“All EPA appointees are committed to abiding by the high ethical standards required by the agency and have taken the necessary steps to comply with that commitment, in close coordination with the agency’s ethics officials,” Carroll, the EPA spokesperson, said.

Some past AD hires at EPA have attracted controversy.

The following year, the IG office found in a report that AD appointments flourished under Pruitt, who made 54 special hires, surpassing his recent EPA administrator predecessors. Nevertheless, the EPA watchdog ruled that Pruitt had used the personnel power in a manner “consistent” with the law.

Pruitt resigned from EPA under a swell of ethics troubles in 2018.

Getting aides on board at EPA quickly whom top officials know well can be crucial to the agency’s success. The administrator’s special hiring authority can deliver that staff in short order.

“There is never a dull moment at EPA,” Binder said. “Having someone by your side who you trust is a reasonable thing.”