‘This hearing is the start’: Fossil fuel execs to testify 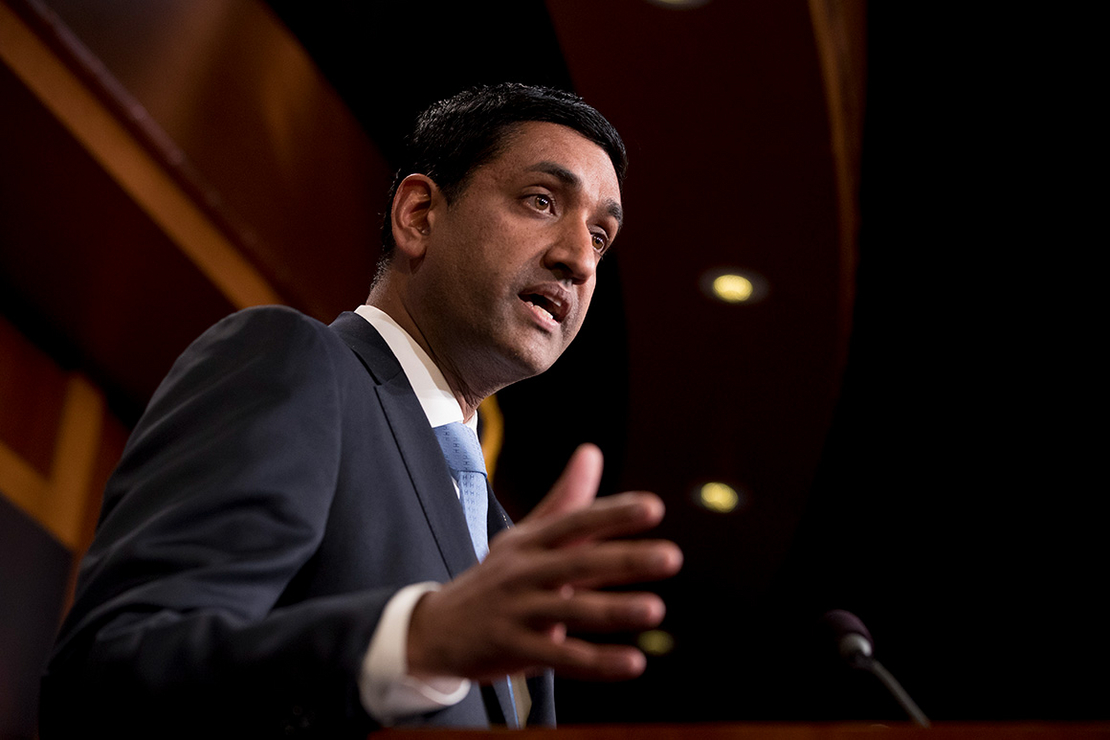 Four top oil executives will appear before the House Oversight Committee this week in a landmark moment for environmental activists who have spent years calling for investigations of the industry.

“What we hope to get out of it is to stop the funding through third-party groups of climate disinformation,” said Environment Subcommittee Chair Ro Khanna (D-Calif.), who is leading the inquiry with full committee Chair Carolyn Maloney (D-N.Y.).

The committee said in a news release that the companies have not fully complied with the request for documents and communications that lawmakers sent last month (Greenwire, Sept. 16). But Khanna said the panel has been “inundated with experts, researchers, third-party groups ever since we announced the hearing.”

“The documents we’re going to continue to pursue,” Khanna said in an interview Friday. “But there is so much evidence that is of concern that they would be very hard-pressed to be evasive.”

The hearing marks a major moment in an investigation Khanna has been pursuing for months, in hopes of going after Big Oil the same way Congress targeted the tobacco industry in the 1990s.

Public attention was raised this summer when Greenpeace U.K. released a video showing Exxon lobbyist Keith McCoy discussing the company’s influence strategy with an activist he believed to be a headhunter from a Middle East energy fund (E&E Daily, July 1).

McCoy has since parted ways with the company, but the sting video reverberated (Energywire, Sept. 28). The Oversight panel has sought closed-door testimony from the former Exxon lobbyist, and the incident got the company suspended from the Climate Leadership Council, a group that advocates carbon pricing with support from major businesses.

Notably, McCoy said in the video that Exxon supports a carbon tax as a "talking point" but does not really believe Congress would ever enact the policy. He also said Exxon funded "shadow groups" to cast doubt on climate science.

Khanna acknowledged that the committee is still pursuing an interview with McCoy, but he stressed that the hearing is only the beginning of his inquiry. “The important thing to realize is that this hearing is the start of the investigation, not the end, not the culmination, just like the tobacco hearings,” Khanna said.

Exxon, in particular, has been the subject of green groups’ ire over the years, given evidence its scientists knew about the risks of human-caused climate change for years, as the company publicly and privately tried to block efforts to address it.

"We have cooperated with the committee since their first request more than a month ago," Exxon spokesperson Casey Norton said in an email. "We welcome the opportunity to take part in the discussion."

But the committee is also looking at broader industry efforts to fund skeptical researchers and advocacy groups and sow doubt among the public about the science.

The executives are expected to talk up their support for carbon pricing, methane regulation and the Paris Agreement (Greenwire, Oct. 13).

All four companies and API support carbon pricing on some level. The Chamber supports a “market-based” approach to emissions reductions.

BP and Shell are founding members of the Climate Leadership Council, a position Exxon also held until this summer. The two European majors are aiming to hit net zero emissions by 2050, while Chevron this month said it is committed to an “aspiration” of net zero by 2050.

The hearing also comes as Democrats are attempting to finalize a sweeping suite of climate policies as part of their multitrillion-dollar reconciliation bill (see related story). BP and Shell both signed on to a letter to lawmakers last week supporting the climate provisions in the bill.

Republicans, meanwhile, are likely to largely side with the industry and portray the hearing as a partisan political investigation. The GOP side of the committee did not respond to a request for comment, but Republicans sent a letter to Maloney earlier this month raising questions about Democrats demanding that the executives appear in person.

In the end, they will give virtual testimony, but ranking member James Comer (R-Ky.) and other Republicans said “it appears that Democrats are more interested in grandstanding than obtaining testimony.” Democrats, they wrote, are attempting to “turn it into a spectacle.”

They also criticized Khanna’s repeated subpoena threats (E&E Daily, May 19). But Khanna said subpoenas are still on the table as lawmakers attempt to get additional documents from the companies.

“We will use every tool in our toolbox,” Khanna said.