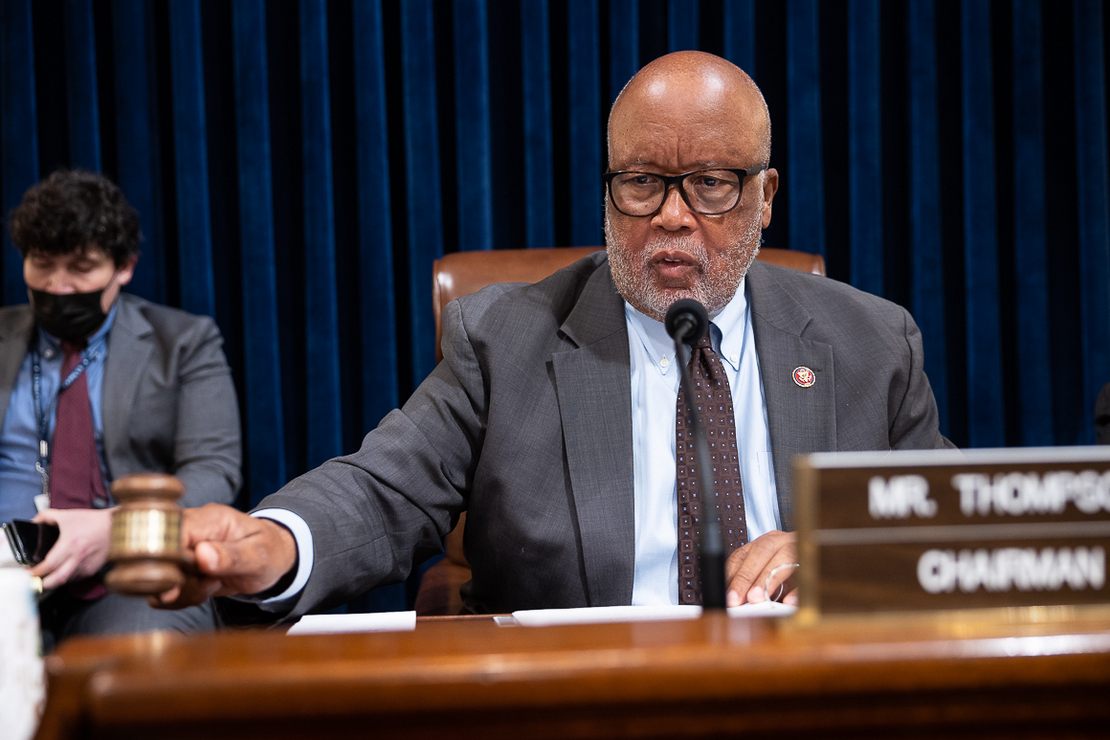 Rep. Bennie Thompson, the only Democrat in Mississippi’s congressional delegation, has requested EPA investigate the agency’s handling of a controversial flood control project in his state.

In a letter to Administrator Michael Regan, Thompson asked the agency to dig into EPA’s decision issued during the Trump administration to reverse a past veto of the Yazoo Pumps project. The letter was obtained by E&E News under the Freedom of Information Act.

The request by Thompson, who chairs the House Homeland Security Committee and has been supportive of the project in the past, cited E&E News reporting that the Trump EPA had disregarded staff warnings about how the project could affect the Mississippi Delta (Greenwire, Aug. 27).

In his Aug. 30 letter, Thompson said the story raised "serious issues" about EPA’s handling of the project, adding that the decision to vacate the veto "may have been issued in violation of Congressionally-mandated requirements and that critical concerns raised by career staff scientists were ignored."

He added, "Since I represent constituents on both sides of this issue, it is critical that science and law, not politics, drive infrastructure projects that impact my district," Thompson, who has sought funding for the Yazoo project in the past, wrote further: "It is my desire to see all the best scientific and legal means available applied to address flooding or reduce flood risks in my district."

He requested an "immediate and comprehensive review" of the process that led to EPA’s decision.

"If you find that any current or previous agency staff intentionally violated the law or ignored critical scientific evidence during that process, I ask that they be held to swift account," Thompson wrote.

"EPA is committed to ensuring that science is at the backbone of everything the agency does to deliver on our public health and environmental protection mission," Carroll said.

A spokesperson for Thompson did not respond to a request for comment.

Thompson attached to his letter an Aug. 27 E&E News story that found senior EPA scientists said they were ignored last year as the Trump administration raced to revive the massive Yazoo Pumps, according to documents obtained under a FOIA appeal.

In a Jan. 19 memo, the scientists said EPA political leadership had failed to heed their warnings about the Yazoo Pumps project’s impact on a large swath of wetlands in the Mississippi Delta. The project, they said, failed to meet Clean Water Act requirements for protecting wetlands that provide wildlife habitat, filter pollution and buffer flooding.

Thompson represents Mississippi’s 2nd District. The majority-Black district includes much of western Mississippi, the city of Jackson and large portions of the Mississippi Delta, where flooding has been a chronic problem.

The pumps, if built, would channel rainwater into the Mississippi River. Proponents of the pumps say doing so would bolster farming conditions, reduce flooding and protect wetlands, while critics counter that the project is too costly and would destroy fragile wetlands and habitat along the Mississippi River.

At issue are changes EPA leaders made to a letter the agency sent to the Army Corps of Engineers last fall weighing in on the Army Corps’ draft environmental assessment of the project along the Yazoo River, a tributary of the Mississippi River. EPA has said the final version of the letter in question was directed by Trump political appointees.

Authorized by Congress in 1941, Yazoo Pumps — a combination of levees, floodgates and pumps — has been touted by proponents as a critical means of preventing frequent flooding of hundreds of thousands of acres in the Mississippi Delta. But critics say the pumps, the last part of the project to be built, would drain tens of thousands of acres of ecologically important wetlands.

The project has been a political lightning rod in Mississippi for decades. Thompson has repeatedly joined the state’s Sens. Cindy Hyde-Smith and Roger Wicker, both Republicans, in calling for the completion of the pump station while also acknowledging that challenges exist.

Thompson in January said during an interview with The Yazoo Herald that he’s looking for a solution to the flooding that plagues the region and that he’ll continue to advocate and fight for the project. But he also said that advancing the project was mired in politics and that all options that could “conceivably be on the table” should be discussed.

"Part of what we have to do here in Washington is negotiate," he said in audio posted online by the newspaper. "A few years ago, we had the pumps funded, and the Republican speaker and the Bush administration vetoed it, so here we’re going again. We’ll try it again."

"It’s politics," Thompson continued. "A lot of the people were supporting the Trump administration, but they lost, so now they’re going to have to support the Biden effort along with us to try to get it through. I’ll work just as hard as I can to try make it happen, but it’s a big challenge."

The congressman said at the time it was his understanding EPA had signed off on the project at the regional level.

Later, in July, Thompson again voiced his support during an interview with the Newton County Appeal newspaper and said that he understood that challenges the project faced at EPA had been "mitigated." He said the pumps are still slated to cost $500 million, and incremental funding, planning and scoping are required.

Hyde-Smith earlier this year secured more than $20 million for the pumps project in an energy and water spending bill (E&E Daily, Aug. 5).

Carroll, the EPA spokesperson, said flooding in the Yazoo Backwater area is a significant problem, and the agency is committed to working to find an “effective and enduring solution.”

He noted that the Justice Department, on behalf of EPA, in September asked a federal court for permission to reconsider the project and remand the letter the agency penned, which found that a reworked version of the sprawling Yazoo pump project was no longer subject to the 2008 veto (Greenwire, Sept. 30).

In addition to greater scrutiny from lawmakers like Thompson, EPA is facing calls from former staffers to reverse its stance that the Yazoo Pumps are no longer subject to the 2008 veto.

More than 550 former agency employees now with the Environmental Protection Network asked Radhika Fox, the head of EPA’s water office, in a letter last month to reverse the decision that the veto no longer applied.

They also recommended that EPA develop "appropriate regulations" that clearly define the process for modifying a Section 404(c) final agency action and to prevent relatively minor project alterations to effectively dismiss a 404(c) final determination in the future.

EPN noted that EPA has issued just 13 vetoes under the Section 404(c) of the Clean Water Act, and only directly modified two of those determinations to address changed circumstances or needs.

In both cases, they said, EPA went through the "appropriate public process" after a specific detailed request was received from the Army Corps of Engineers, including the issuance of a public notice, the review and response to public comments, and the issuance of an amendment to the final determination.

But that wasn’t the case, they said, with the Yazoo pumps.

"In both prior cases, the project changes and impacts were minor. However, for the 2020 Yazoo Pump project the changes from the 2008 project were relatively minor, but the overall project impacts are still major," EPN wrote.

The group said, "By not following this more rigorous process that allows for important and extensive public input, we believe EPA did not fully consider the complex set of concerns voiced by stakeholders directly and indirectly affected by the project, including serious environmental justice concerns."