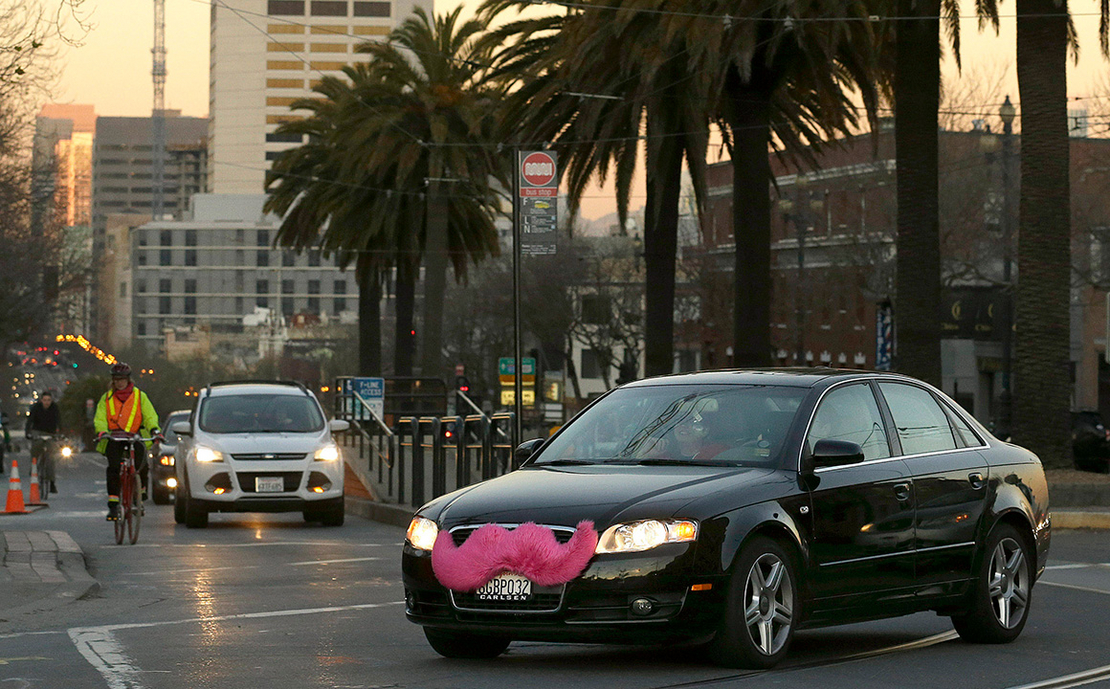 Ride-hailing giants Uber Technologies Inc. and Lyft Inc. are pressing lawmakers to advance electric vehicle provisions included in the sprawling reconciliation bill in an effort to boost their climate goals.

“Federal action is absolutely essential,” Adam Gromis, a sustainability policy manager with Uber, said in an interview. “It’s difficult to understate how important it is. Climate is a team sport.”

Gromis said Uber has primarily lobbied Congress through the Zero Emission Transportation Association (ZETA). Lyft, which is not a ZETA member, has advocated for policies in the reconciliation bill that would accelerate EV deployment.

“We’ve been doing a lot around the point-of-sale rebates and expanding charging stations in cities,” Heather Foster, senior director of Lyft’s national policy engagement, said in an interview. “And particularly in communities of color and multidwelling housing units and making sure that access is there.”

The reconciliation package, largely considered the centerpiece of President Biden’s domestic agenda, is one of the country’s most ambitious proposals to combat climate change. And it’s key to achieving the administration’s commitment to slash greenhouse gas emissions in half by the end of the decade.

While Democrats are trying to pass the package using the reconciliation process to avoid a Republican filibuster, House Speaker Nancy Pelosi (D-Calif.) said this week that she’s willing to cut trillions of dollars from the package to ensure full Democratic support (E&E Daily, Oct. 13).

It’s unclear which provisions might be cut or paired back. As it stands, the measure includes an expansive clean energy tax bill that would increase EV credits. If passed, it could cut the price of some battery-powered cars by as much as a third — boosting EV competitiveness and, in some cases, making them cheaper than combustion-engine automobiles (Climatewire, Sept. 14).

The high price of EVs and a dearth of charging options in urban areas are considered by both Uber and Lyft two of the primary obstacles.

“We see there’s a barrier around equitable electrification across the board, so we wanted to make sure that the upfront vehicle cost is not a hindrance to drivers that use the platform,” said Foster of Lyft.

While EVs are generally praised for their low operating costs, Gromis said it works differently for Uber drivers, who might make less money if they have to spend time searching for charging stations and recharging their batteries.

“There just needs to be more plugs out there,” he added.

A study by RMI confirmed the lack of EV charging stations in communities where many ride-hailing drivers live and work. The report warned that if the issue remains unaddressed as the cost of EVs goes down, ride-share drivers who purchase electric cars will have little choice but to offer rides in predominantly wealthier neighborhoods. That in turn could boost the prevalence of gasoline vehicles — and tailpipe pollution — in poorer communities (Climatewire, June 8).

While neither company said reaching their EV targets is entirely dependent on federal action, they noted that progress so far has largely been made in cities and states with supportive government policies.

Uber’s Gromis pointed to London, for example, where the government has created a low-emissions zone and put a price on emissions for all drivers.

“London has reset the economic table,” he said. “So we see a lot of progress in places like London, where the government policy has just really been innovative and we’ve been able to bring the best of our technology.”

While Gromis declined to share specifics on Uber’s electrification progress, he said the company is planning to release a report in the coming weeks that will provide concrete numbers.

Foster said Lyft has successfully worked with lawmakers in Colorado to make EVs more affordable. It also deployed 200 long-range EVs into its Denver-based rental program, one of the largest private fleet EV deployments in the country, according to a Lyft spokesperson.

“So we definitely understand that there are key things that we’ve been able to do within the states, and I think seeing that has really encouraged us to also lobby specifically around reconciliation,” Foster said.

While lawmakers and the White House are still hammering out the details of the bill, one of the major sticking points is how to pay for it. Currently the measure proposes increasing taxes for businesses and wealthy Americans.

Lyft co-founder and President John Zimmer told CNN he would support a 28 percent corporate tax increase to “make investments in the country and the economy.” Still, the company is a member of the Chamber of Commerce, which has been leading the charge against the reconciliation bill.

When House Democrats approved a budget blueprint for the legislation in August, Chamber President and CEO Suzanne Clark said her group “will do everything we can to prevent this tax raising, job killing reconciliation bill from becoming law” (Climatewire, Oct. 4).

A spokesperson for Uber declined to comment on the company’s Chamber membership or whether it supports a corporate tax increase. Uber’s public trade association disclosures show it was a Chamber member as recently as January of this year.