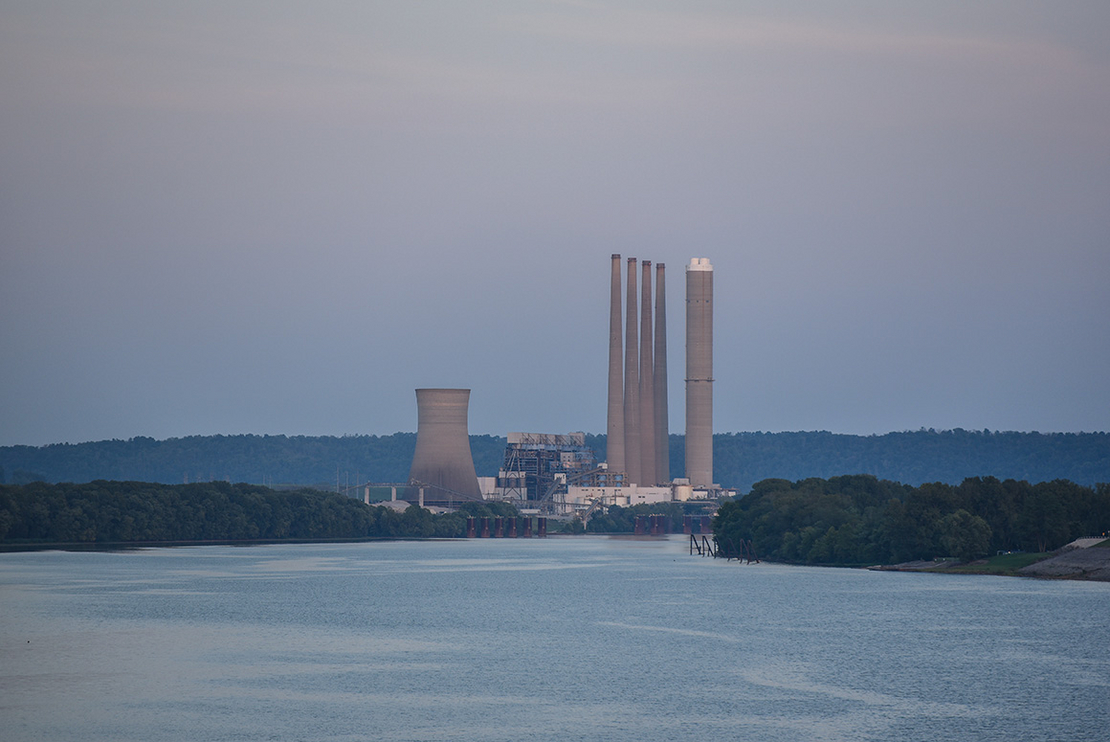 The J.M. Stuart Station is seen next to the Ohio River in 2019 near Manchester, Ohio, a year after it closed. Stephanie Keith/Getty Images

As coal mines and power plants close across the U.S., many climate hawks envision a new generation of renewable energy facilities rising from the ashes of America’s coal fields.

The United States is once again on pace to smash its yearly record for wind and solar installations. But few of those facilities are located in the communities that were once home to coal mines and power plants. The result is an evolving energy landscape, with investment and job opportunities draining out of coal towns and into places with renewables.

A provision in the bill, which passed the House and is under consideration in the Senate, would encourage renewable developers to build projects in places where coal mines and power plants have closed. It offers a 10 percent bonus on top of the tax credits available to renewable projects for facilities built in coal communities.

Analysts say the provision could provide a boost for coal communities. But most said they expect the benefits would be limited.

Many coal communities lack strong renewable resources or face siting constraints. And even if new wind and solar farms are built, they will only be able to replace part of what was lost with coal.

“I just think when it comes down to it, it won’t solve all the problems people think it will,” said Lee Anderson, director of government affairs at the Utility Workers Union of America. He called the idea of replacing coal facilities with renewable projects an “urban myth.” Resource strength and transmission availability will remain the primary factors determining where renewable projects are built.

“It’s just not how projects are sited,” he said.

The dynamic illustrates one of the most vexing challenges of the energy transition. The U.S. coal mining industry has shed nearly 50,000 jobs in the last decade, or about half its workforce, according to the Bureau of Labor Statistics. Coal plant employment fell by 7,700 people last year. Those losses have been disproportionately felt in a small number of mostly rural counties that account for much of America’s mining production and electrical output from coal-fired plants.

At the same time, renewable construction is booming. The U.S. is on pace to add 33 gigawatts of wind and solar capacity in 2021, eclipsing the record 25 GW installed last year, according to an E&E News review of U.S. Energy Information Administration data.

Most of that development is outside the counties that were once home to coal mines and plants.

Coal mining is heavily concentrated in a handful of states, led by Wyoming, West Virginia, Pennsylvania and Illinois. But even in those states, mining is largely limited to a handful of counties.

More than half of U.S. production came from 10 counties between 2013 and 2020, according to EIA data. Campbell County, Wyo., the country’s top coal producing jurisdiction, accounted for more than a third of U.S. production over that time.

Almost no renewable development is happening in America’s top coal mining counties. Converse County, Wyo., is the only county in the top 10 with any significant renewable production over the last decade. About 600 megawatts of wind capacity have been built there in the last 10 years.

The story is similar with power plants. Nine of the 10 counties to record the largest coal plant retirements since 2011 have recorded almost no renewable construction. The sole exception is Clark County, Nev., where two coal-burning power plants with 2,100 MW of combined capacity closed over the last 10 years. They have been replaced by 1,900 MW of solar, EIA data shows.

Clark County stands out in more ways than one. As the home of Las Vegas, it is a fast-growing urban county. The other nine counties to record major coal plant retirements are home to less than 175,000 people and eight of them recorded population declines over the last decade, according to U.S. Census data.

“Some of these areas were built for the coal plant, for the coal mine,” said Joshua Rhodes, a researcher who studies the power sector at the University of Texas, Austin. “When that source leaves, it is devastating. Whatever can help with that just transition is helpful for those communities.”

The reconciliation bill is designed to lend a hand to those towns. It would provide a 10 percent bonus on top of the production tax credit (PTC) and investment tax credit (ITC) for facilities sited in communities that have experienced mine and plant closures. A coal community is defined as a census tract that has recorded a mine closure since 1999 and power plant closure since 2009.

The idea was first included in an advanced manufacturing bill authored by Sens. Joe Manchin (D-W.Va.), Debbie Stabenow (D-Mich.) and Steve Daines (R-Mont.) earlier this year. It has been extended to the reconciliation bill, with advanced manufacturing credits set aside for communities that have seen coal facilities closed. Those credits would be worth $800 million annually in 2022 and 2023, and $300 million annually through 2031.

But the reconciliation bill takes the idea further by pairing those credits with a bonus on top of the PTC and ITC. The provision means a developer could receive a maximum subsidy of $30 per megawatt hour under the PTC and a 50 percent credit under the ITC when combined with other bonuses (Climatewire, Nov. 16).

That money could make some projects that were previously uncompetitive attractive to developers, helping cover the cost of brownfield remediation, said Gilbert Michaud, a professor at Loyola University Chicago who studies the economic impact of coal plant closures.

“From a broader perspective, it is a good narrative. It has broader bipartisan support. Everyone can get behind these issues,” Michaud said.

The credits could be especially impactful in communities with strong renewable resources. Wyoming’s coal mining communities boast strong winds while coal communities in the Southwest have ample sunshine.

The bonus could be especially helpful to the Navajo Nation in New Mexico and Arizona, where a massive coal plant recently shuttered, along with the mine that served it. A recent study by the Sandia National Laboratories found that the Navajo Nation has the potential to generate between 45 gigawatts and 91 gigawatts of solar. The Navajo Generating Station, as the massive coal plant was known, produced 2.2 GW of power.

Brett Isaac, who leads a tribal solar company, said the bonuses in the reconciliation bill could boost the economics of solar projects on the Navajo Nation by offsetting transmission and siting costs.

“If you’re able to bring down a project’s cost by 10 percent, you’re saving $5 per megawatt hour,” said Isaac, a tribal member who serves as managing director at Navajo Power. “That is what is going to make projects really competitive.”

But the picture is murkier in parts of the country where renewable potential is weaker. Even if new wind and solar farms are built, they will only be able to replace a fraction of lost coal jobs.

Adams County, Ohio, illustrates that challenge. The county of roughly 27,000 people lost 1,100 jobs when two large coal plants shut down in 2018, according to a study co-authored by Michaud. Local tax receipts fell by $8.5 million and the county’s general fund shrunk by roughly a third.

Renewables can help rebuild that tax base, but they would provide little long-term employment beyond the construction phase, observers said.

“We need to be careful that we are not saying renewable energy is ‘the answer’ to solve the coal transition challenges. It’s one of the answers,” said Suzanne Tegen, associate director of the Center for the New Energy Economy at Colorado State University.

Ensuring local ownership of renewable projects would be one way to increase the economic benefits of new development, she said.

The idea is based in part on the experience of Germany, which provides direct assistance to coal workers to ease the economic shock of the industry’s contraction and prevent political radicalization, particularly in eastern Germany, said Anderson, the government affairs director at the Utility Workers Union of America.

The idea of providing direct assistance to coal workers has failed to gain traction in negotiations around the reconciliation bill.