Va. Republican warns of ‘blackouts and brownouts’ if he loses 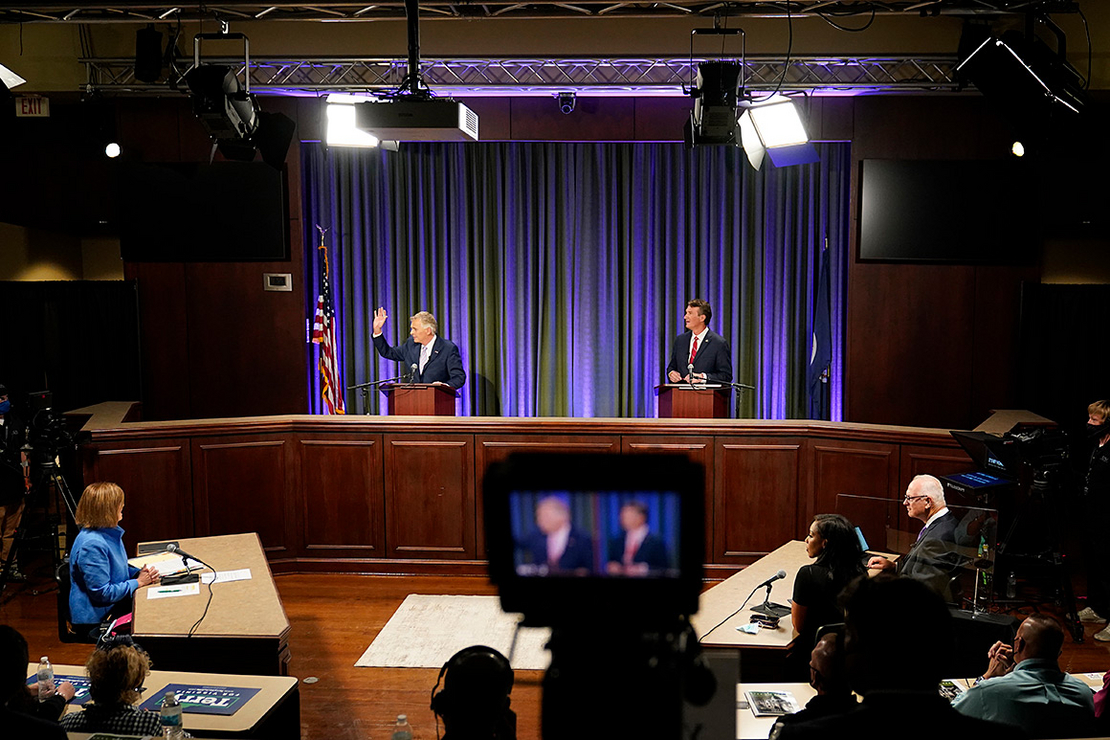 Virginia Republican gubernatorial hopeful Glenn Youngkin warned that the state would face electricity problems if his opponent were to win this year’s election.

Youngkin, a former private equity executive and political newcomer, was harshly critical of the Virginia Clean Economy Act at the first debate of the general election Thursday, and slammed Democrat Terry McAuliffe’s plan to double down on it by committing the state to a decarbonized electricity sector by 2035, 15 years earlier than the deadline set in the law (E&E Daily, May 5).

“We see real challenges in getting to the goals that have been set in the original Virginia Clean Economy Act, and my opponent wants to accelerate them and destabilize our entire energy grid,” Youngkin said of the law passed last year by the Democratic-controlled Legislature and signed by Gov. Ralph Northam (D).

“We’ve seen what happens in California when, in fact, you don’t have a reliable energy grid,” he continued. “So if you like what you just heard from my opponent, get ready for blackouts and brownouts and an unreliable energy grid.”

Youngkin said he wouldn’t have signed the clean energy legislation of he were governor, but did not outline a competing climate change plan, except to say that the state “should embrace all energy sources.” “We can use wind and solar, but we need to preserve our clean natural gas, and we can, in fact, have a reliable energy grid,” he said.

McAuliffe argued that his plan to fight climate change would create “thousands and thousands” of jobs throughout the Old Dominion, even in the economically depressed southwestern corner, which was long reliant on the coal industry for jobs and where Thursday’s debate was held.

“Huge opportunity for us here in this region,” said McAuliffe, who previously served as governor from 2013 to 2017. During his previous term, Dominion Energy Inc. launched an offshore wind pilot project off Virginia Beach that has two operating turbines.

He called for a major expansion of offshore wind off the state’s coast and for a massive offshore wind manufacturing facility in Portsmouth that would be the largest in the country.

“Those jobs will be … throughout the entire commonwealth of Virginia. The welders, electricians, everything we need,” McAuliffe said. “So we can become the hub. And we will become the hub when I’m governor. I believe in clean energy.”

McAuliffe has consistently been ahead of Youngkin in polls, but only by a small margin. An Emerson College/Nexstar Media poll released last week had McAuliffe at 49 percent to Youngkin’s 45 percent.

Early voting in the race started Friday, and Election Day is Nov. 2.