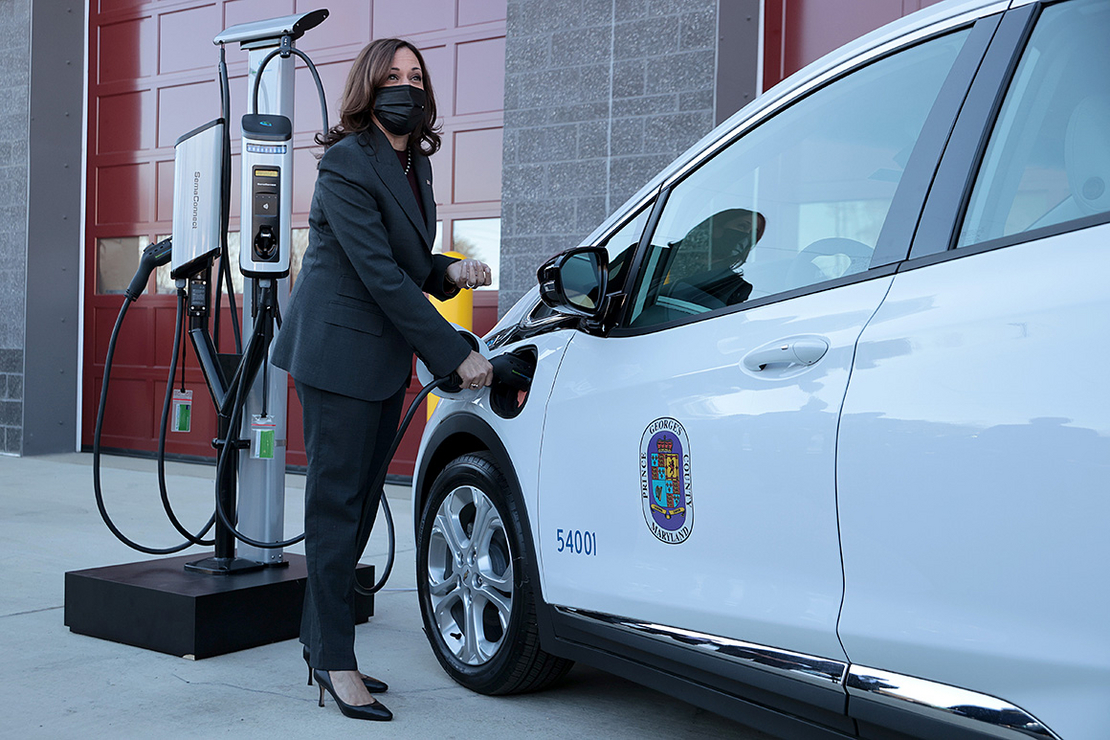 The Biden administration today released a road map for building out a national network of 500,000 electric vehicle charging stations as part of its plan to combat climate change.

“The science is clear. Climate change has become a climate crisis, and it demands urgent action,” Vice President Kamala Harris said at an event today in Brandywine, Md., announcing the blueprint.

“And one important way we achieve net-zero emissions is by investing in zero-emission vehicles,” she said.

The administration’s EV-charging strategy establishes a joint electric vehicle office between the Transportation and Energy departments charged with overseeing the effort.

Energy Secretary Jennifer Granholm and Transportation Secretary Pete Buttigieg are expected to sign tomorrow an agreement authorizing their offices to leverage resources to expand EV infrastructure across the country.

The White House is also working to issue guidance to states and consult with manufacturers, local governments, environmental justice groups and tribes, among other stakeholders.

Accelerating the adoption of electric vehicles will aid the administration in reaching its goal of net-zero emissions economywide by midcentury while creating thousands of living-wage jobs, the White House said.

Biden set a goal this summer that half of all new car and truck sales be electric by 2030. Most major automakers have signaled their support for the effort, pouring billions of dollars into developing new electric models.

“The auto industry is clearly moving toward electric. We need to make the shift faster and make sure it is driven by the United States,” Harris said at the maintenance facility in Brandywine.

“That means manufacturing millions of electric cars, trucks and buses right here in our country," she said. "And it means installing a national network of EV chargers.”

Harris said the bipartisan infrastructure package, which also allocates funding to build out the North American EV battery supply chain, is a good first step. But she renewed her call for Senate Democrats to advance Biden’s $1.7 trillion climate and social spending bill, which the House advanced last month.

The "Build Back Better Act" offers up to $12,500 in incentives for electric vehicles made in the United States by unionized workforces.

“We want more families in America to be able to afford an electric car that is made in America,” she said. “The future of transportation is electric. But that future is not inevitable. It must be built.”

To that end, the administration last week announced a plan to electrify the federal government’s fleet of 600,000 vehicles (Climatewire, Dec. 9).