Will EPA use special power to prod Trump holdovers on climate? 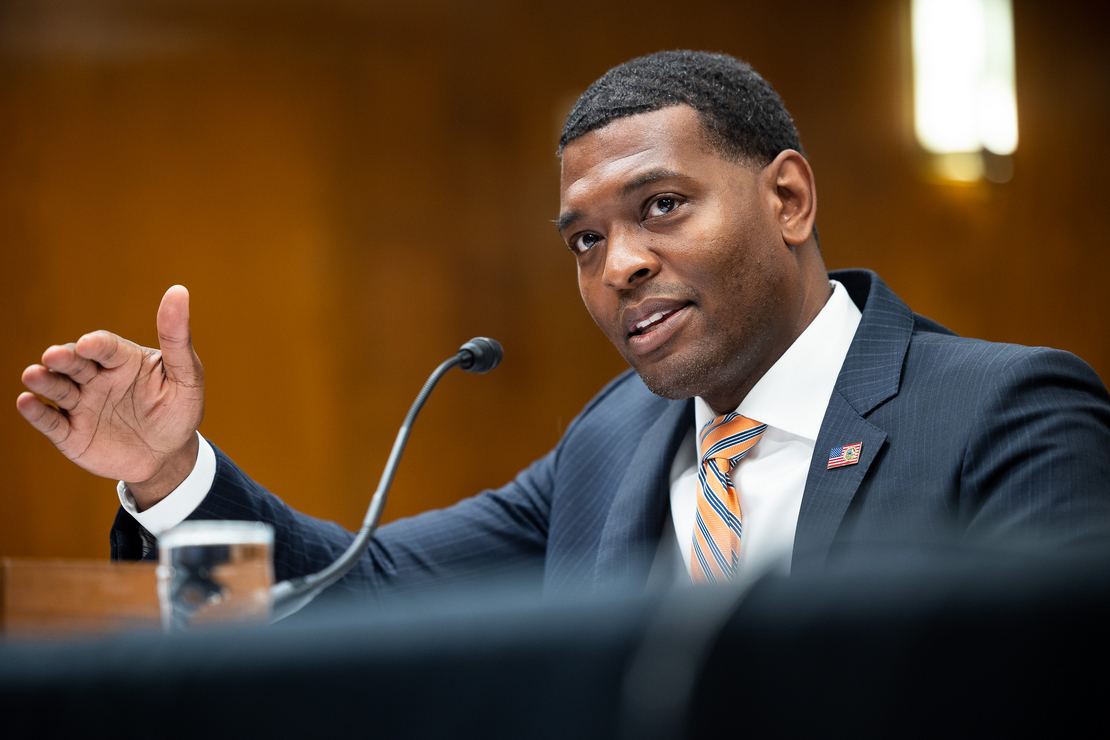 EPA has a rarely used power to prod other agencies to act if it determines that their actions don’t adequately protect the environment.

It’s usually not needed, according to experts, because executive branch agencies tend to be on the same page about environmental protections. But environmental groups and government watchdog organizations are now urging EPA to use that power to challenge recent moves made by independent agencies still stocked with Trump appointees.

On Friday, a coalition of groups sent a letter to EPA Administrator Michael Regan, asking him to use his authority to refer “environmentally destructive federal projects” to the White House Council on Environmental Quality, the White House shop tasked with refereeing environmental disputes among agencies. The Revolving Door Project, a watchdog group, organized the letter.

Specifically, the groups — including the Center for Biological Diversity, Friends of the Earth, 350.org and the Sunrise Movement — want Regan to challenge recent actions by the U.S. Postal Service and the Tennessee Valley Authority on the grounds that they’ll be “environmentally disastrous.”

The groups are asking Regan to use his authority to stymie the Postal Service’s plans to replace its aging fleet with mostly gas-powered vehicles. They also want EPA to thwart a TVA plan to replace retiring coal plants with new gas plants.

The last time such a referral was made to CEQ was in 2016, when the Interior Department challenged a U.S. Army Corps of Engineers environmental impact statement surrounding a floodway project. Prior to that, only one such referral was made during the George W. Bush administration and only two were made in the 1990s, according to CEQ. The referrals were more commonly used in the 1970s and 1980s.

Both USPS and TVA are independent agencies whose leaders aren’t presidential appointees, but who serve at the pleasure of their agencies’ boards. Postmaster General Louis DeJoy, a former donor to President Donald Trump, remains at the helm of USPS, while several Trump appointees remain on the USPS board of governors.

The board of the Tennessee Valley Authority — the largest government-owned utility — is down to five members of the nine allotted as the Senate has stalled on confirming President Joe Biden’s nominees. The five members currently on the board are all Trump appointees (Energywire, June 1).

USPS has come under fire from Biden administration officials, members of Congress, green groups and others for its plan to replace up to 165,000 delivery trucks with mostly gas-powered vehicles. Critics say the move to replace the aging fleet — whose 212,000 delivery vehicles account for a third of all federal vehicles — with gas-powered trucks cuts against Biden’s goal to electrify federal vehicles by 2035.

Instead of using the agency’s power to refer the USPS move to CEQ earlier this year, EPA Associate Administrator Vicki Arroyo wrote a letter to the Postal Service calling its plan “a crucial lost opportunity to more rapidly reduce the carbon footprint of one of the largest government fleets in the world.”

CEQ Chair Brenda Mallory wrote a letter to DeJoy that same day urging the Postal Service to take a closer look at the environmental impacts of its decision.

The Postal Service announced this month that it will reconsider the number of electric vehicles it plans to buy as part of its fleet replacement (Greenwire, June 2).

‘[O]ur commitment to an electric fleet remains ambitious given the pressing vehicle and safety needs of our aging fleet as well as our fragile financial condition,” USPS spokesperson Kim Frum said in a statement.

“We are confident we made the best decision for the Postal Service in our delivery vehicle program considering our delivery profile, unique service requirements, employee welfare, current infrastructure conditions and financial condition while, like the rest of the nation — we begin the long journey of carbon reduction in our transportation operations,” Frum added.

“Having more pressure from the EPA, even a threat to refer, definitely prompts better environmental decisions,” said Mekedas Belayneh, a researcher at the Revolving Door Project.

Some legal experts see the rarely used referrals as a powerful tool that the Biden administration could wield over agencies whose leaders don’t answer to the president.

“My own view is that this could be an effective procedure to try to get two agencies that report to the president — CEQ and EPA — to become involved in decisions by agencies that instead report to separate boards, such as USPS and TVA,” said Michael Gerrard, director of the Sabin Center for Climate Change Law at Columbia Law School.

A similar argument emerged in the summer of 2020, when environmentalists talked about the possibility of using the National Environmental Policy Act to undercut DeJoy’s rumored plans to limit mail routes and relocate collection boxes and processing machines. NEPA requires the federal government to analyze the impacts of major federal actions, usually ones surrounding the construction of highways, bridges and pipelines.

DeJoy’s reported plans — fueled by Trump — prompted Democrats to claim DeJoy was trying to sabotage mail-in voting ahead of the November election. Amid the outrage, environmental experts pointed out that Postal Service reforms could qualify as a major federal action that is subject to NEPA. DeJoy’s plans to reduce staff could have, for example, caused less efficient routes and increased pollution (Greenwire, Aug. 20, 2020).

The utility’s recent decision to replace “aging coal plants with fossil gas plants, before even completing an environmental review, is not in line with the president’s agenda,” environmental groups wrote to EPA.

Critics have accused TVA of defying the Biden administration’s climate agenda with its plans to replace the two-unit Cumberland Fossil Plant in Tennessee with natural gas (Energywire, May 12).

TVA is “in the middle of a review process to evaluate the environmental impacts of different alternatives for the future of the Cumberland Fossil Plant site,” said TVA spokesperson Scott Brooks.

Regarding a potential referral to CEQ, Brooks said, “We cannot speculate on actions that others may take.” He added, “We are reviewing public comments on the draft report and will be incorporating feedback, including from EPA, in our final report to be issued this fall. We believe it’s important to continue to evaluate natural gas as an alternative.”